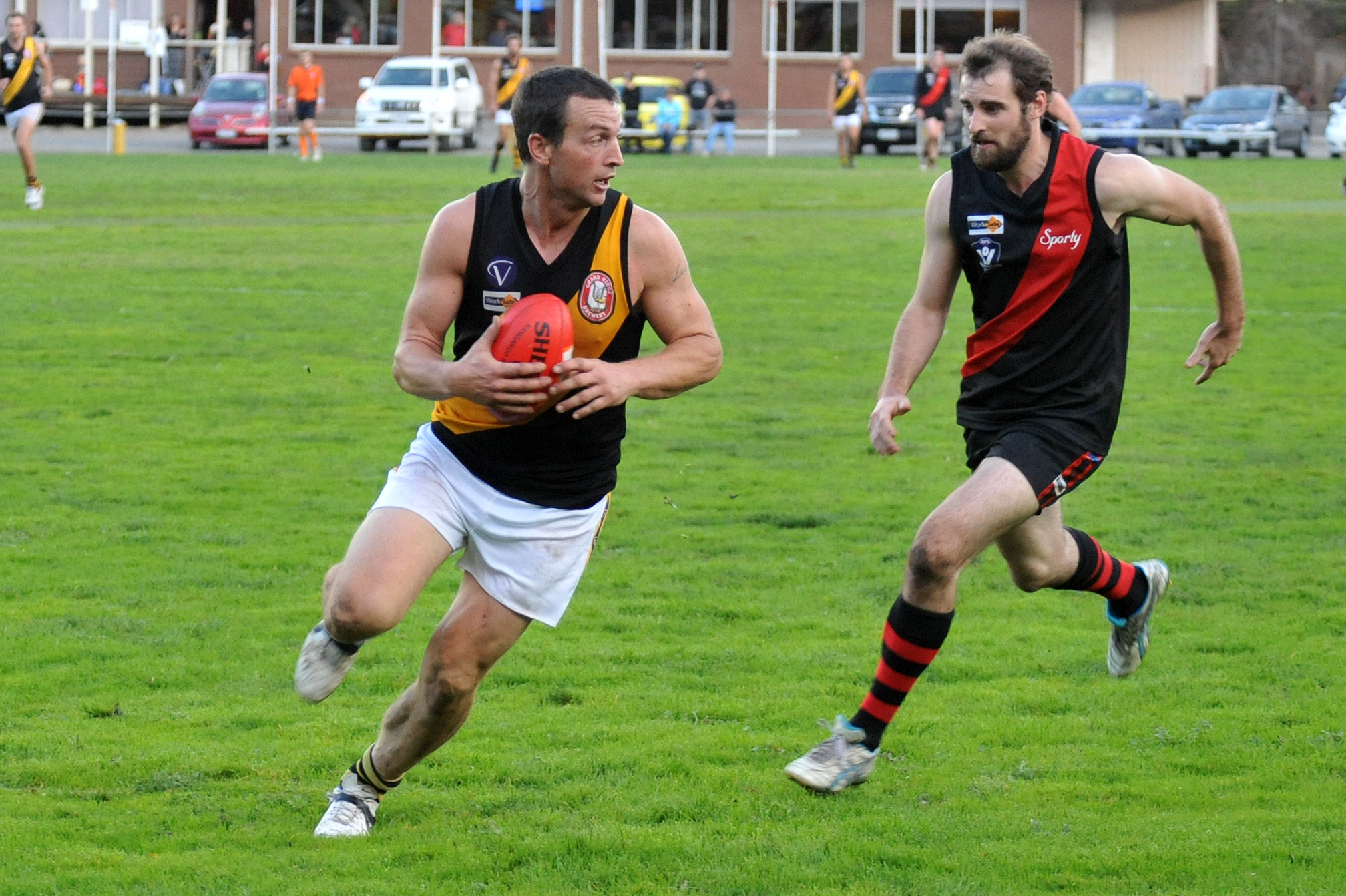 MIRBOO North and Boolarra will battle it out on Saturday in the preliminary final at Morwell East for the right to challenge Newborough for the 2014 Mid Gippsland football flag.

Boolarra, which finished fifth, has shown it will not go down without a fight; its last two games have been come-from-behind wins over Trafalgar in the elimination final and Yinnar in the first semi-final.

Knocking over Yinnar last Sunday was a mighty effort, especially after trailling for the majority of the match.

Boolarra is the most under-rated team in the final series but on form will give it a real shake against nearby nemesis Mirboo North.

Rivalry has been rife between the two clubs over the years and to add fuel to the feud Demons coach Tony Giardina was a former Tigers player and coach.

This season Mirboo North has had the better of Boolarra in their two meetings, the first by 42 points and the second by 40 points.

Last season Boolarra was one of the few teams to defeat Mirboo North in the Tigers’ premiership winning season.

Mirboo North has had a mixed bag in the final series so far, beating Yinnar before being walloped by Newborough.

Seven-time coach Troy Hamilton would be concerned at how easily they succumbed to the Dogs and must get his team to rise and meet the challenge that Boolarra will set.

The Demons were thrilled by the form of fly-in Chris Stasinowsky, who dominated the forward role, but his availability this week is uncertain.

Nick Hider should be back and will add plenty of bite around the packs.

Boolarra boasts some genuine players who can turn the game around; Bevan Charlton-White is a tall who has snuck under the radar and produced the goods week after week, Jesse Giardina knows where the goals are and is an accurate kick, Sam Mazou may be back and he is a known scorer and winger Andrew Thorpe has had a good year giving drive from the flanks. Mark Van Dyke has been good in the ruck and when dropping back, with a safe pair of hands for the big grab.

Overall Boolarra has a balanced side and will be competitive.

The Tigers can brag the league goal-kicker in Tim Traill, but if he is forced to play upfield goals could dry up.

Jacob Nash, dual club best and fairest winner, is having another superb season and will need to be watched.

The key to the match will be the midfield, and centre clearances will ultimately decide who gets better use of the ball. This will be a tight game between two teams evenly matched at this stage. Most tipsters would go for Mirboo North, but Boolarra has the ability to cause a surprise result

THE MGFL will hold its vote count on Monday night at the Morwell RSL.

The big tips at the moment are Rhy Gieschen or Kris Bedford from Thorpdale; both have had an outstanding season, but they could take votes away from each other.

Last year’s winner James Dowling may not poll well this year due to injury.

Glenn Michie will go close from Newborough, and Jace Butler (Trafalgar) and Jacob Nash of Mirboo North will be in the mix.