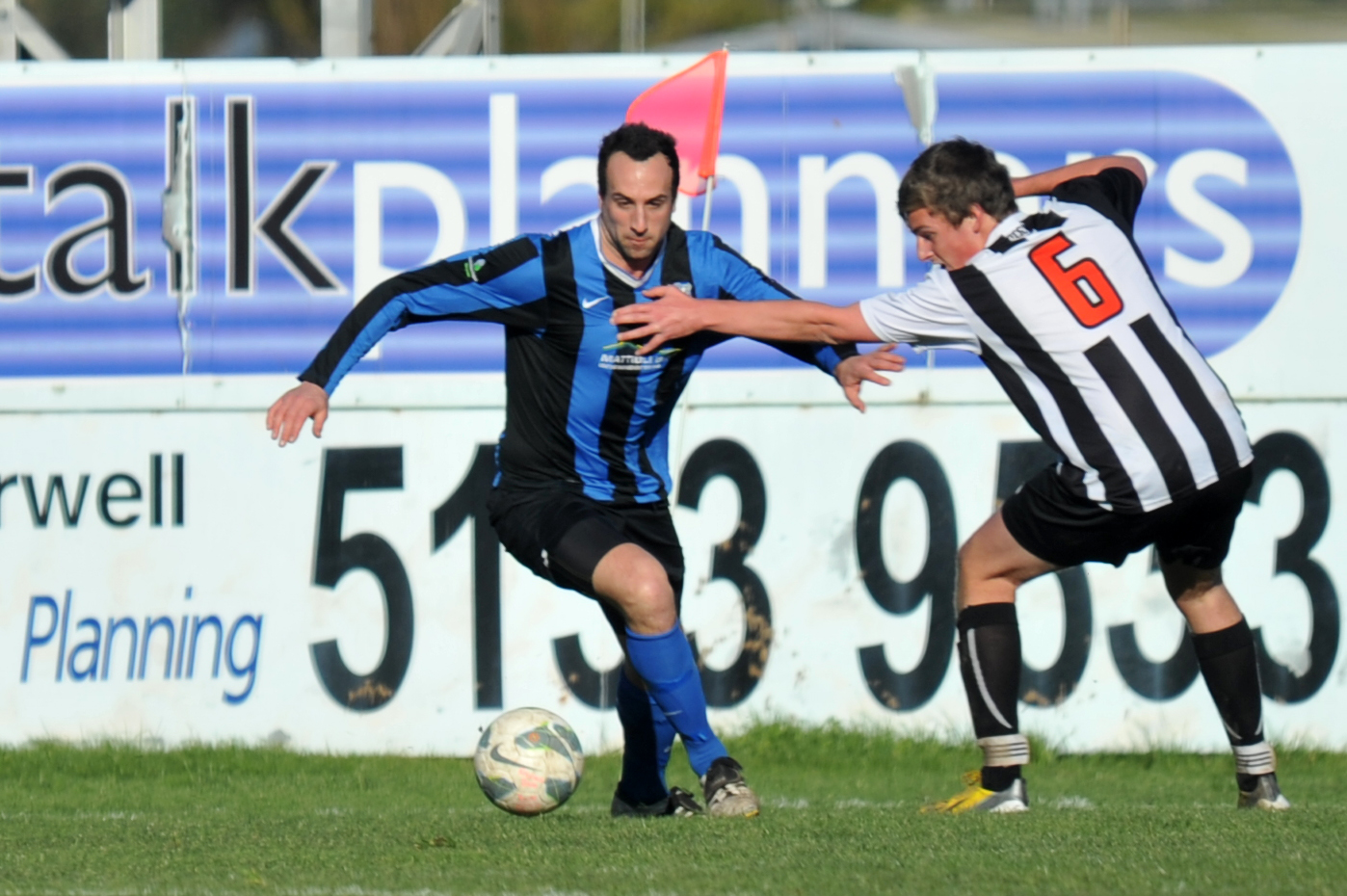 A win for either side would have solidified their chances of finishing second in the league, in addition to being the first to win the newly formed Danny Melarkey Cup, in memory of the recently deceased stalwart of both clubs.

As expected, both sides came out of the blocks full of vigour but it was the away team which quickly gained the ascendency.

After several near misses, Falcons finally got reward for their dominance through coach Nick D’Alessandro, who finished astutely with a rasping drive from the top of the area.

As the half wore on the Birds could have extended their margin if not for some top drawer saves from Fortuna ‘keeper Con Mavrofridis and it stayed 1-0 at the break.

The second half was much the same as the first with Fortuna yet again on the back foot and soon enough the score would be 2-0.

D’Alessandro turned provider when his penetrating run into the box resulted in him being fouled and Jesse Kennedy calmly finished the resultant spot kick.

Kennedy, with 20 minutes to go, put the game beyond doubt as his deflected effort looped over the hapless ‘keeper to make it 3-0 and brought Falcons its first league win over Fortuna since 2002, breaking a long standing 12-year hoodoo.

LEAGUE champion Churchill travelled to Harold Preston Reserve on Sunday to play an in-form Traralgon City, which had won four of its past five matches.

The Roosters opened the game in strong fashion, putting the Rams’ defence onto the back foot early, with the speed of the two City wingers causing problems for the Churchill defence.

Gradually the Rams worked their way into the match, with debutant winger Daniel Beyer causing problems for the Roosters defence.

However, the Roosters remained dangerous on the counter attack and went close to taking the lead before the half-time break.

After the change of ends, Churchill began to dominate the match, however City created the better chances early in the half, hitting the woodwork with Rams’ keeper Jason Sands beaten.

However, with 15 minutes to play, and perhaps inspired by Mark Bianconi’s stunning volley from near the halfway line in the youth match, youngster Mitch Azlin popped up to head home for the Rams, sealing the three points.

This week Churchill hosts arch-rivals Fortuna at Hazelwood South Reserve in a twilight game on Saturday, 5pm kick off.

Newborough Yallourn United finished the season on a winning note, accounting for Olympians 2-0 at Burrage Reserve on Sunday.

In an entertaining encounter the home side enjoyed the majority of possession in the opening stages and worked the ball around the park with aplomb.

After missing several weeks through injury, NYU’s Mark Fairbrother was the first to find the back of the net, only for an offside call to cancel out his left foot finish.

Olympians’ best chances for the half came from NYU errors, with keeper Damian Gilbert cleaning up a weak back pass as Olympians’ Aaron Daniels bore down, while Heydan Cook scuffed his shot wide after NYU failed to clear an Olympians set piece. Despite the open play neither side could break the deadlock and went into the half-time break 0-0.

The second half saw the home side regain control of the match with Jayden Mathison and Jeremy Dunn winning everything in the air and Jamie Dunn marshalling the midfield.

NYU took the lead on the hour mark as a cross from the right flank was fanned on at the front post by Luke Buhagiar, only for it to ricochet into the net off an Olympians defender.

Fairbrother was proving a handful for Olympians and he doubled the lead for NYU moments later when he turned his defender and let fly with a rasping strike from 18 yards.

With tempers fraying in the final stages Olympians pushed hard to get back in the contest but the Combine remained resolute to maintain a clean sheet and cap the year with a satisfying 2-0 victory.

FAST proving a bogey team for Monash, Morwell Pegasus claimed all three points against the Wolves at home on Sunday.

After a frenetic 2-2 draw earlier in the season, and a thrilling extra-time Battle of Britain Cup win to Pegasus, Monash was unable to exact revenge on the Horsemen, going down 1-0.

Salah Eliaser scored for the second consecutive week, proving his pluck in the final third.

The Swans led 2-1 at half-time, but the Red Devils roared into action from the restart.

Matt Shearing secured a hat-trick, Joel Baldwin a brace and Ash Birrell chimed in with one.

The barrage saw Moe claim the points 6-3 and move to second on the ladder, while relegating Sale to fourth with no games in hand.

Falcons, Moe and Fortuna can all still finish second after catch up matches are completed, with one game each to play.