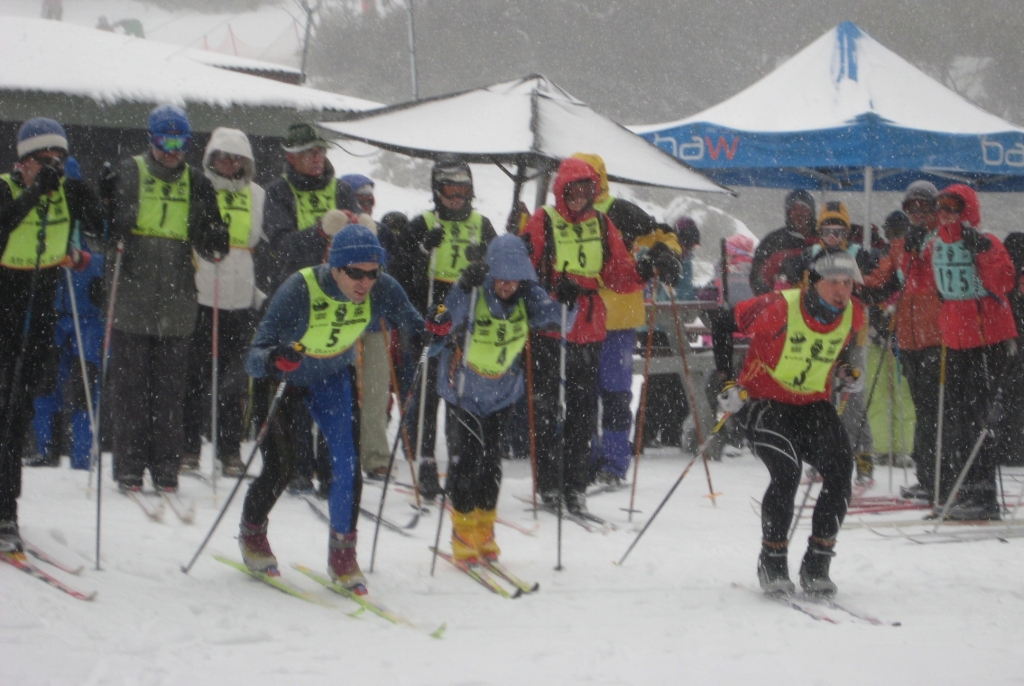 A field of 39 competitors took part across two races and contended with falling snow and cold, gusting winds amid some of the best snow conditions in years.

Hood, from the Back of Baw Baw Nordic Ski Club, crossed the finish line first in the 10 kilometre St Phillack Cup, in a time of 43 minutes and 32 seconds.

“The snow kept falling throughout the race and made it a little tricky, although the downhills and the corners were a lot of fun,” Hood said.

“There are some great trails and skiing here on the Baw Baw Plateau and all of the competitors created a great atmosphere for the race.”

Hood was followed by Robert Davis, with Andrew Hood in third.

Fellow Back of Baw Baw Nordic Ski Club member Rachel Allen was the first female across the line, coming in at 57.21.

The podium was rounded out by Janetta Davis and Katherine Harding.

Super Veteran Daryl Berrett was the first man to finish the 5km Tullicouty Cup, while Erin Davis was the fastest woman. Above average snow conditions at Mt Baw Baw saw the full trail system covered in snow and available for the race for the first time in the past 15 years.

Gafia Ski Club took out the Mt Baw Baw Club Trophy on the day, which awards points for place getters, participation and club helpers and volunteers.