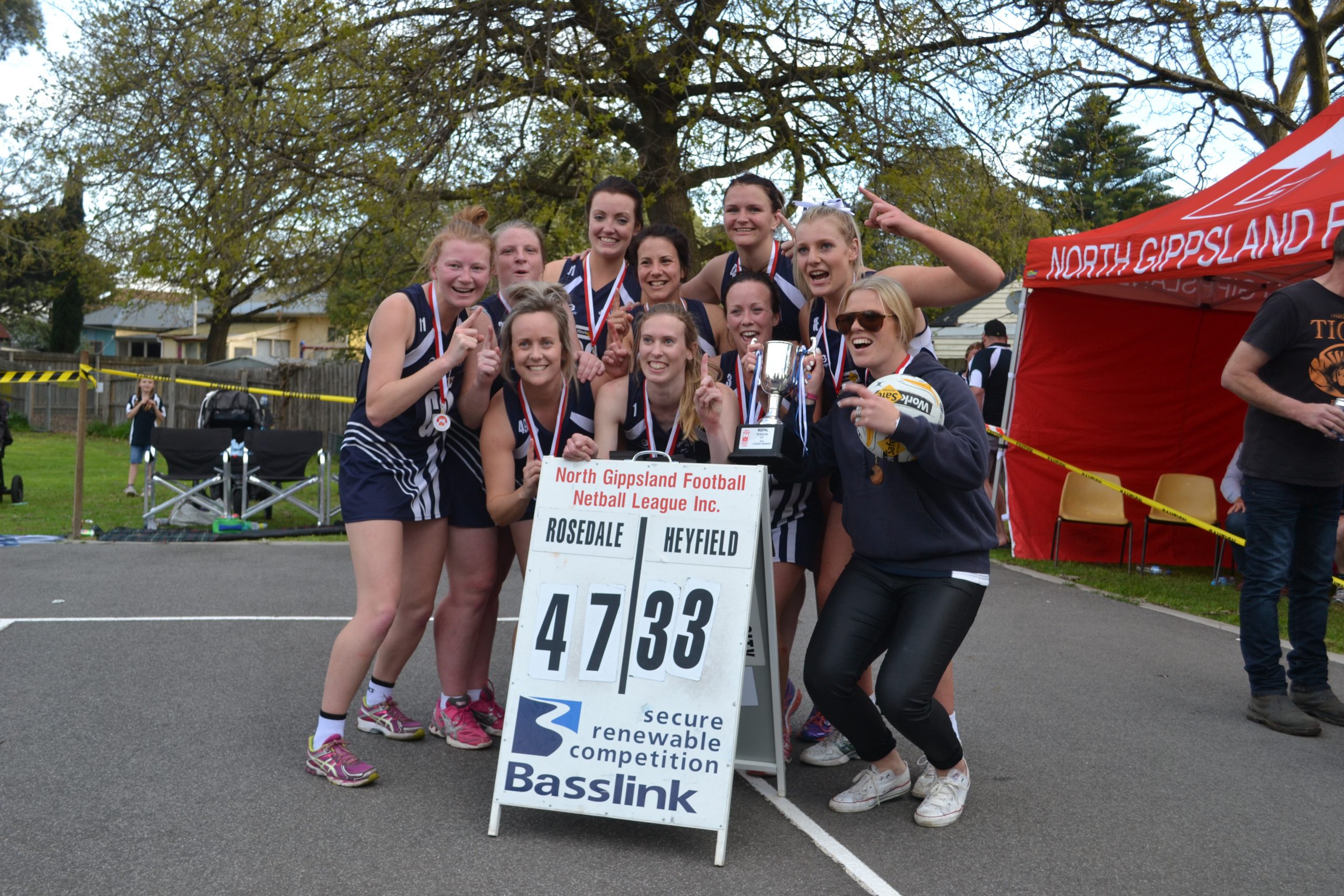 A BEST on court performance by Rosedale defender Bron Tebb helped steer her side to a comprehensive 14-goal victory over Heyfield in the North Gippsland Football Netball League A grade grand final on Saturday.

Tebb’s inspired effort capped off a near faultless season for the three-time league best and fairest winner, who helped keep the ‘Roos to 33 goals for the match.

Settled and composed, the Blues girls proved too strong for the Kangaroos, who made several changes to their on court line-up in order to negate Rosedale’s impact.

Lorelle Lowe, Ella Bertacchini and Jess Mayne all held strong in front of goal as the Blues shot away to win 47-33.

Traralgon Tyers United sealed its first B grade premiership in nine seasons with a seven-goal victory over Woodside, which battled to the big dance after finishing the season in fourth position.

Eunice Thorburn of TTU was named best on court.

Undefeated Gormandale was denied back-to-back C grade premierships by a determined TTU line-up that looked the goods early and continued on to the final whistle to win 46-35.

Jess Drava was named best on court in Glengarry’s victory over Churchill in the D grade netball decider.

Glengarry won the premiership from fourth position with a 33-28 win.

Sale City claimed back-to-back under 17 titles under coach Jae Schuback with a 46-32 victory over this season’s newcomer Yarram.

The Sale girls proved too strong in a solid four-quarter effort and Sarah Gardiner was named best on court.

TTU continued its faultless home and away season to claim the under 15 premiership, taking out the big one against Sale City 38-25.