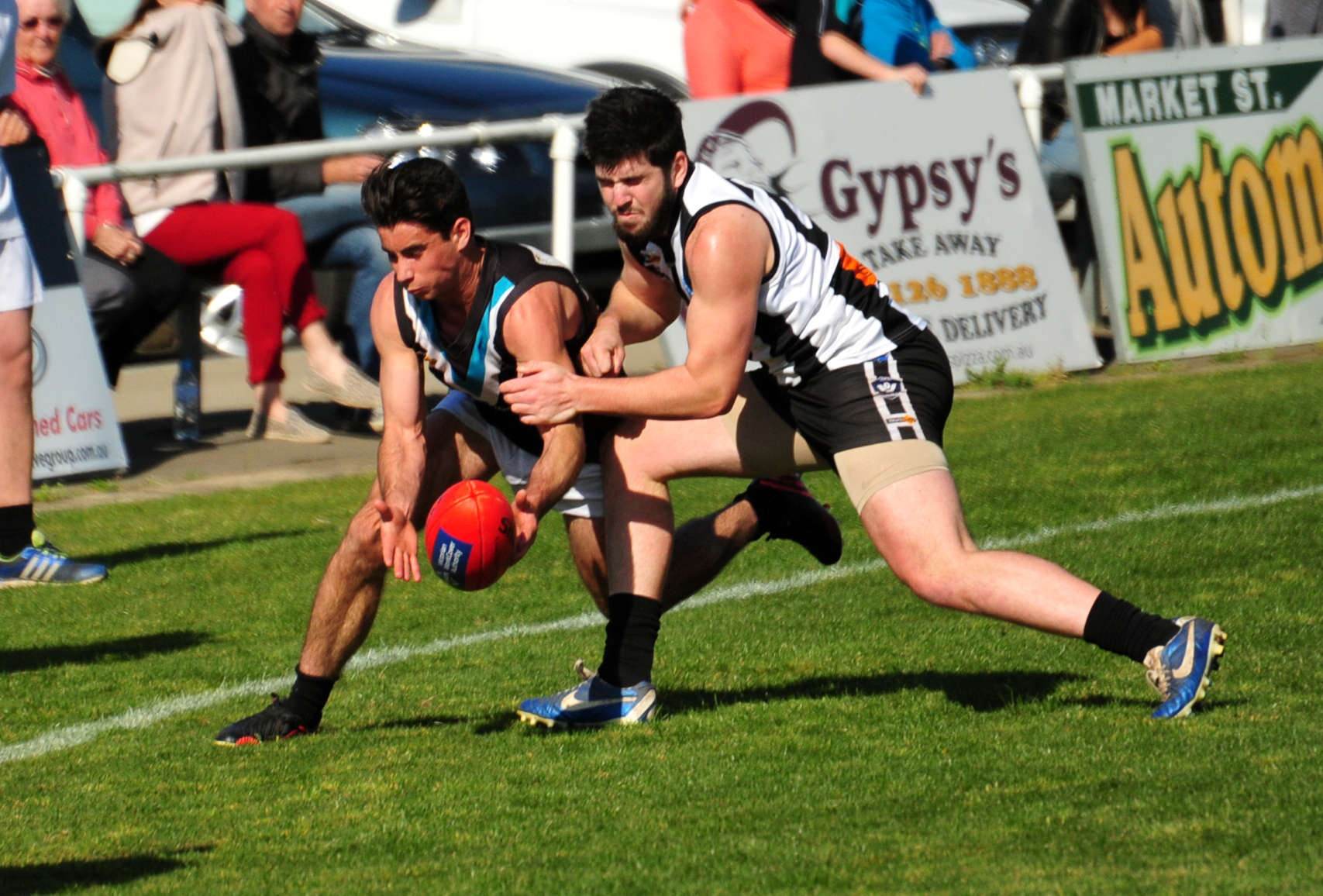 The Power trailed by 45 points at three-quarter-time of the preliminary final against Sale, but a 7.5 (47) to nil final quarter secured an extraordinary two-point win at Moe’s Ted Summerton Reserve.

“I’m just really proud of our playing group. As a coach in that situation there’s not a lot I did, it was really just players and great testament to their character to do that.

“You need a lot to go your way and you just try to sell a positive message.

“Our backs pressed up and, I know it’s very clich d, but we started taking the game on, run and draw, look to play on and I just didn’t want the players to kick down the line.”

Sale went into the game as a warm favourite, having beaten Wonthaggi three times this season – though twice by less than a goal – including a 41-point win in the qualifying final, and the game followed the script for three quarters.

The Magpies led at every change and had an answer for every question Wonthaggi posed in the third term.

The Power had never beaten Sale in a final in three attempts and failed to kick more than six goals in any of their three meetings with the Magpies this season.

They broke the latter hoodoo with the opening goal of the last term and quick-fire majors to Nathan Jones and Shannon Bray – his first of the season, having stolen forward from full-back – brought them within 22 points.

The Magpies went into the game with question marks over the fitness of several players and while their run dried up, it appeared the team hit more of a mental wall than a physical one.

They continued to crack in and force stoppages, but were unable to get the ball beyond the Power’s high press.

At the 22-minute mark of the final term, Aloyisio Ferriera-Neto found an inch of space in a crowded forward-50 to make it four in a row for the Power and when a Chris Wylie free kick was followed by another neat finish from Jones, they were within a kick.

With barely a minute remaining, the rampaging Power won the clearance and worked it to Mick Kelly on the edge of 50.

The small forward seemed to mark the ball, but was called to play on, and while he was set upon by Sale defenders, he got his kick away and it sailed through to put the Power ahead for the first time of the afternoon.

Railton said tempering the excitement would be a challenge.

“It’s hard because you still have to wear your coach’s hat and having played on this ground in some losing grand finals it’s not a good feeling either, so you have to balance that out,” Railton said.

“It definitely gives you belief. We know our brand holds up, it’s just being able to execute it for long enough.”

Earl Shaw finished with three goals for the Power, with Jack Blair, Aiden Lindsay and Eli Richards the standouts.

It was a bitter end to the season for Sale, which finished equal top of the ladder and was on course to meet reigning premier Morwell in a replay of last year’s decider for all but one quarter of the season.