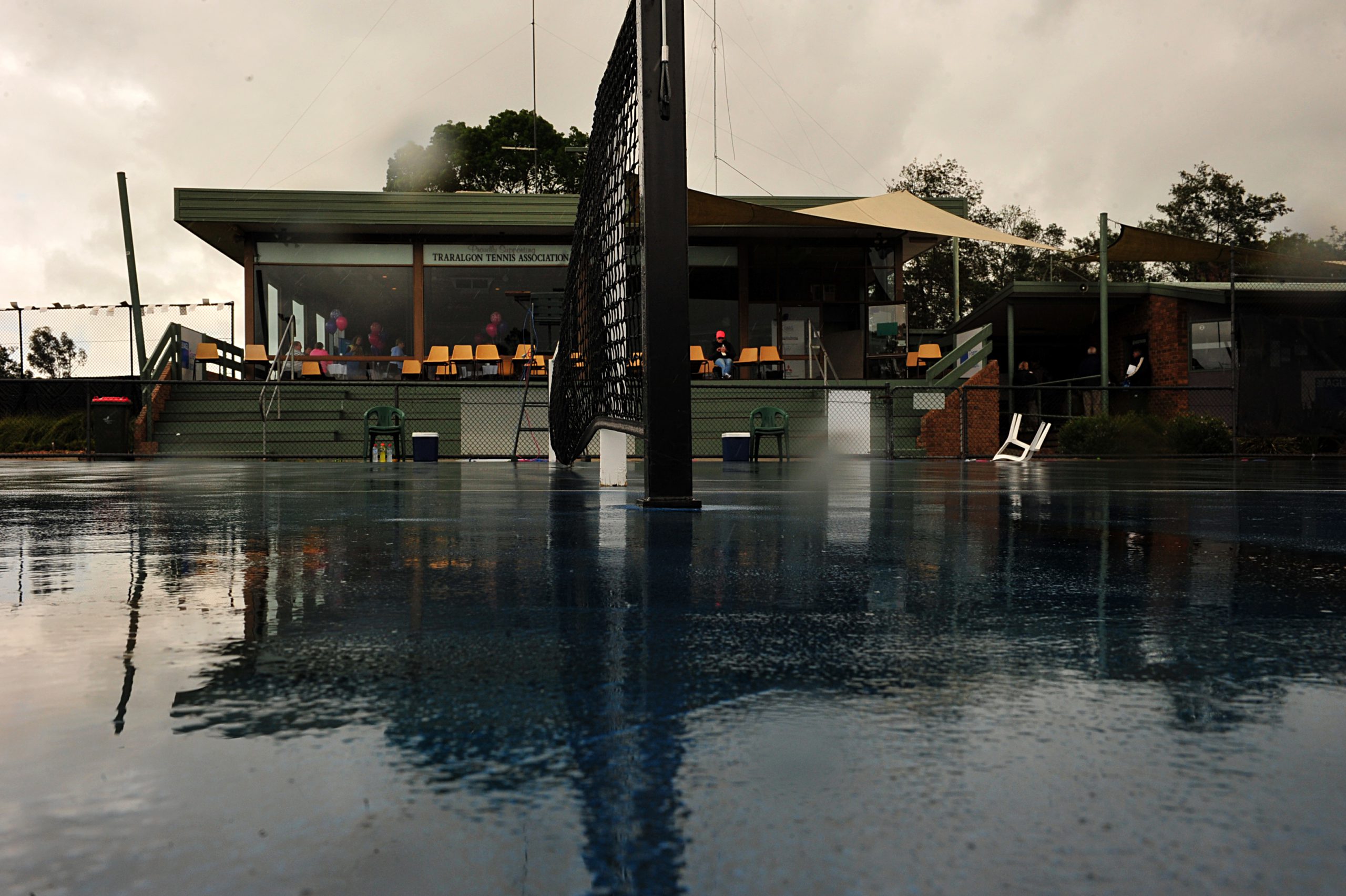 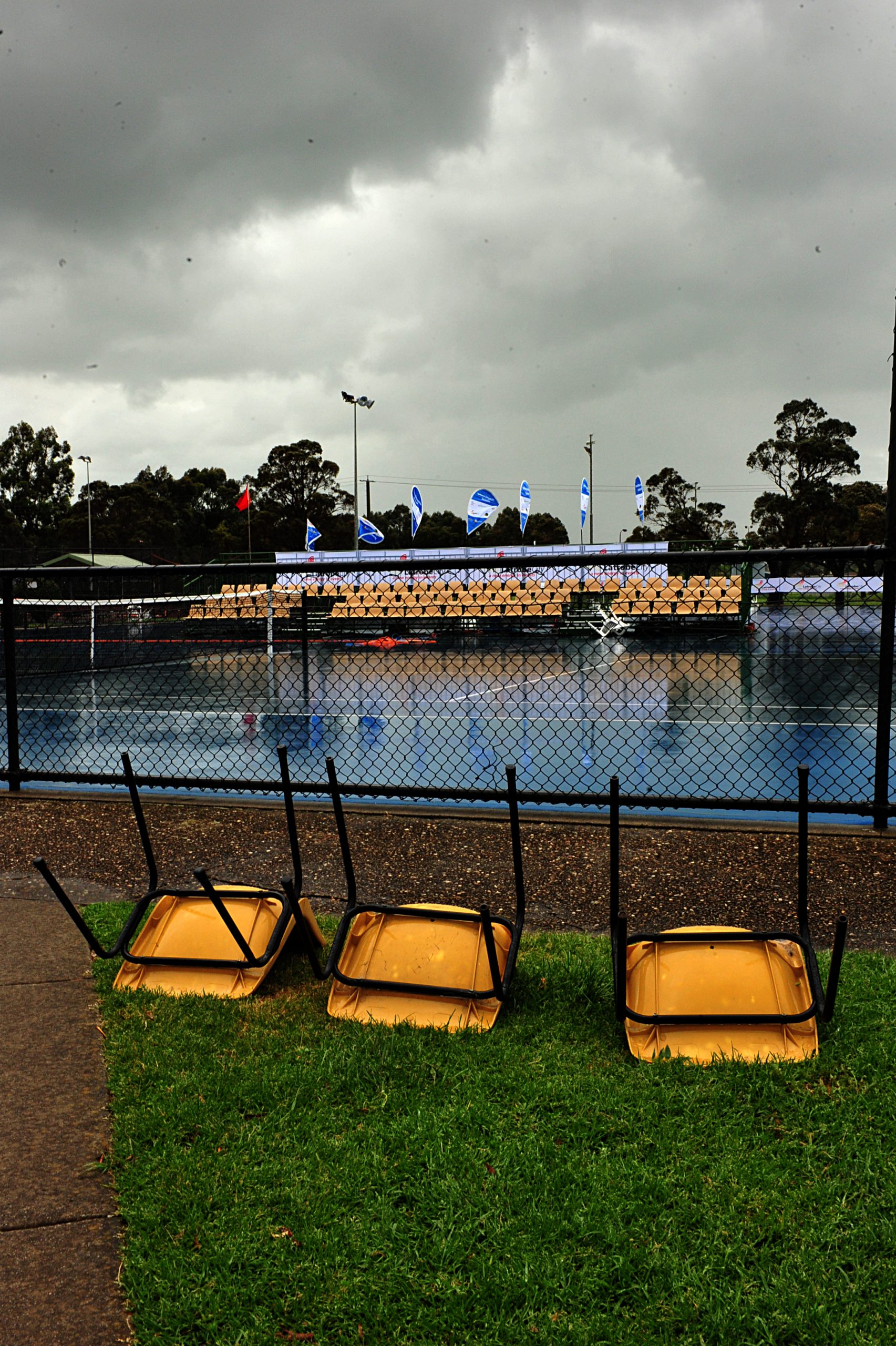 TRARALGON’S ATP Challenger tennis tournament was off to a gloomy start this week, with wet and gusty conditions playing havoc with the main draw.

Play was abandoned on Monday due to persistent wind and rain, while Tuesday’s extended session was also plagued by delays for poor weather.

Tournament director Jason Simmons said while conditions were trying, the players were making the best of a bad situation.

“We play all weather conditions so players have to get used to it.”

Third seed Matthew Ebden was a first round casualty on Tuesday, bowing out in straight sets to fellow Australian John-Patrick Smith 6-4, 6-4.

Returning from a wrist injury Ebden struggled on serve in blustery conditions, winning just 58 per cent of first serves and a dire 27 per cent with the second ball.

Simmons said with a reserve day available, and the bulk of the draw staying on for the second Challenger next week, both competitions should be completed irrespective of inclement weather.

“We’ve got a few days up our sleeve anyway, there’s plenty of scope that if we had more rain… we’ve got enough time to get the tournament done,” he said.

The tournament continues today at the Traralgon tennis complex.

Sixth seed Luke Saville set up an all-Australian quarter-final on Friday against John-Patrick Smith with both players advancing with straight set victories.

Today’s schedule sees the completion of the second round of matches with four interesting matches on the program.

In the first of two all-Australian second round matches on centre court, Jake Eames from the ACT comes up against fifth seed Thanasi Kokkinakis from South Australia.

That match will be followed by the all-Queensland battle between John Millman and Ben Mitchell.

Australian Pro Tour form player and victor over the top seed yesterday, Jarmere Jenkins kicks off the program on court 18 with his second round match against Jordan Thompson.

That will be followed by the match between fourth seed Hiroki Moriya and Di Wu.