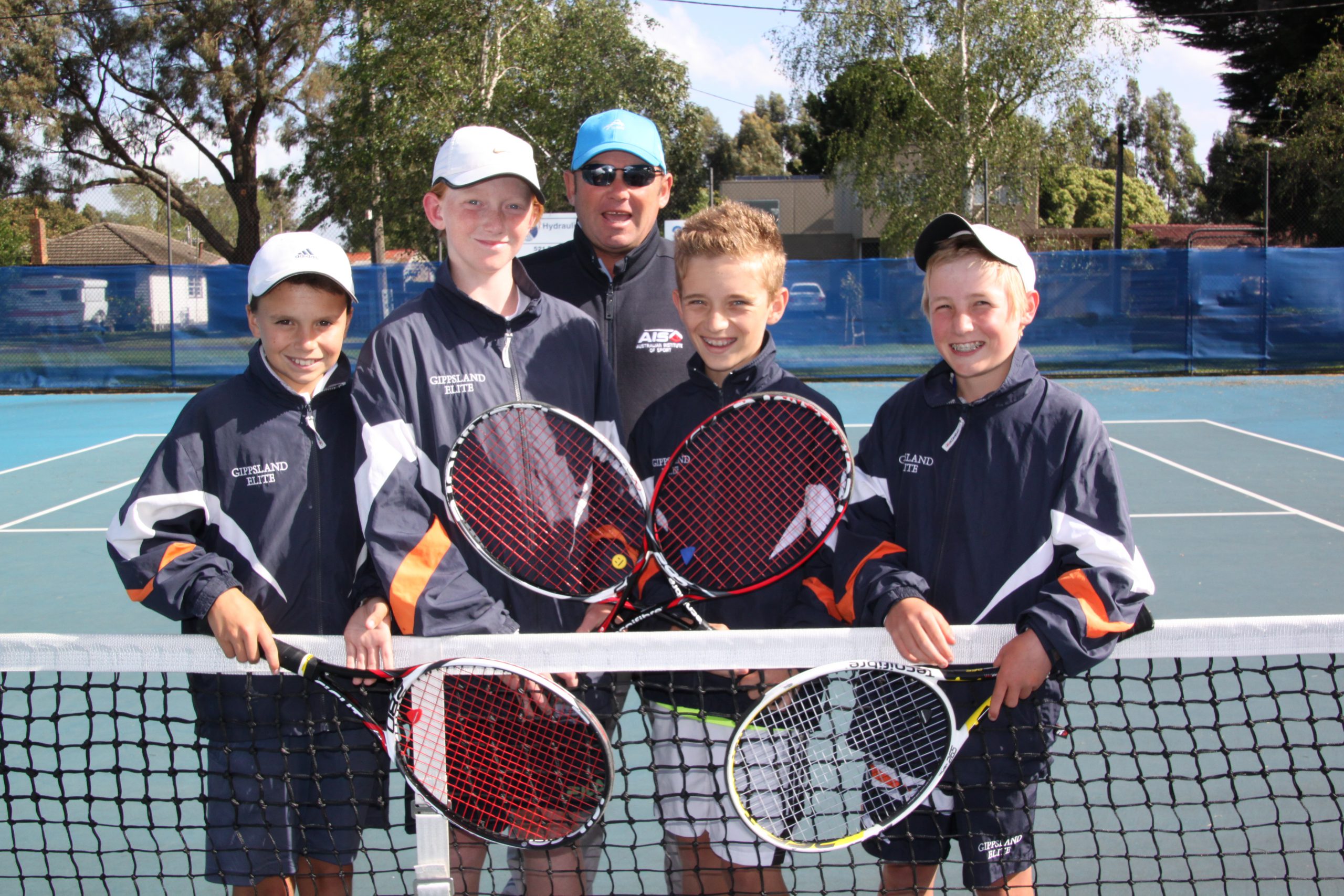 The quartet swept through the 10-team tournament, dropping just two sets in as many days en route to a fifth title in six years at the 13 and under event.

Todd, Ben and Damien went undefeated in singles rubbers, while James dropped just one close match in the final 7-9.

James and Ben took a clean sweep of doubles ties while Todd and Damien were only bested on one occasion, again in the final against the Warrnambool district.

The Graham Charlton-coached side ultimately won the deciding series 4-2 to lift yet another prestigious country cup.

“The team of boys really gelled very well together… they were a great little group of guys who are good friends and I think that really made them a dominant side,” Charlton said.

“After winning the event there wasn’t a lot of excitement but as soon as we got away by ourselves we had a bit of fun, sung a few songs and showed a bit of emotion.

“Keeping that run going is a lot of pressure and full credit to Damien Hough and Todd Elliott, who stepped into a team (with three consecutive wins), they handled themselves beautifully with that pressure.”

The victory was also significant for the team’s number three player, Damien, who became the third Hough to win a John Fitzgerald Cup following in the footsteps of older brothers David and Justin.

“So happy for their family, they’re one of the most intense families around from a positive point of view, and they really give their kids the opportunity,” Charlton said.

“All three boys are super talented, so for all three to be John Fitzgerald Cup winners at different times is a credit to them.”

The under 13 girls’ equivalent tournament, the Foundation Cup, will be staged on 16 and 17 November.