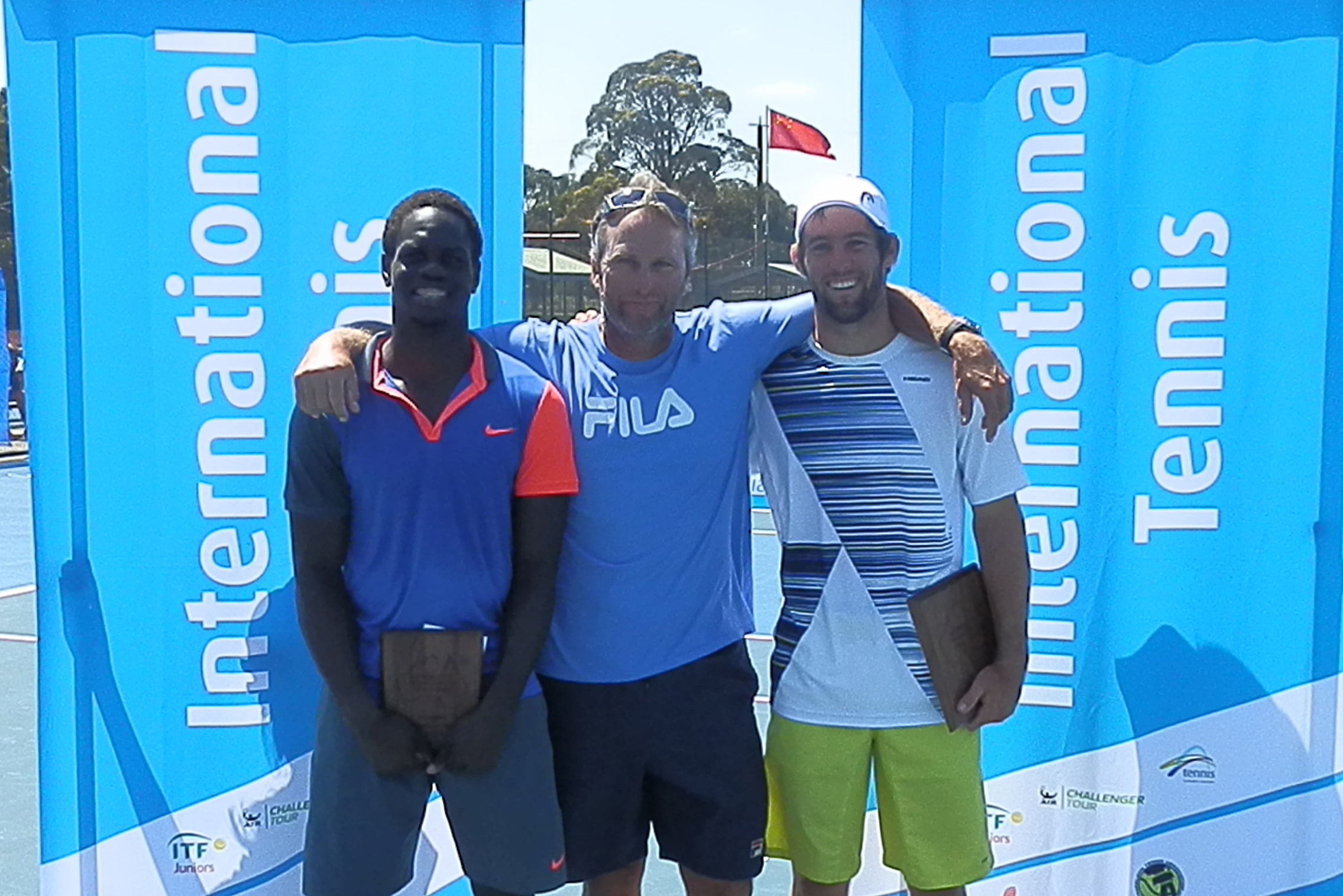 RELATED COVERAGE: US pro at home in Traralgon

The former coach of Andy Roddick and Mardy Fish saw only mechanics to be tweaked as two of his prot g s, Brad Klahn and Jarmere Jenkins, duked it out in the decider on Monday.

“I know what I’m working on individually with each one of them and I’m still looking for that even though they’re playing each other,” Boster said.

“It’s interesting because when you have one player that’s just what you’re looking at, it’s a lot easier, now every ball I’m (thinking) that was wrong, that was right… you’re consumed with it a bit more because you’re watching every single ball instead of every second shot.”

The USTA men’s coach spent about a year with Klahn before a wrist injury layoff and joined Jenkins for the beginning of 2014 until rankings separated his student cohort.

Despite a history with both players, Boster said it was nothing like a parent picking a favourite child.

“It is fun, obviously there’s no pressure. I don’t care who wins or loses they’re both good kids, both American,” he said.

“Brad has been in the situation a few more times now… he’s won quite a few Challengers and (it was) Jarmere’s first final and I think that was maybe the difference.”

Boster said there was no downtime for either of his pupils, who would not look any further ahead than round one of Challenger 2 following Monday’s final.

Klahn was ousted from Challenger 2 by Ben Mitchell while Jenkins advanced in three sets.