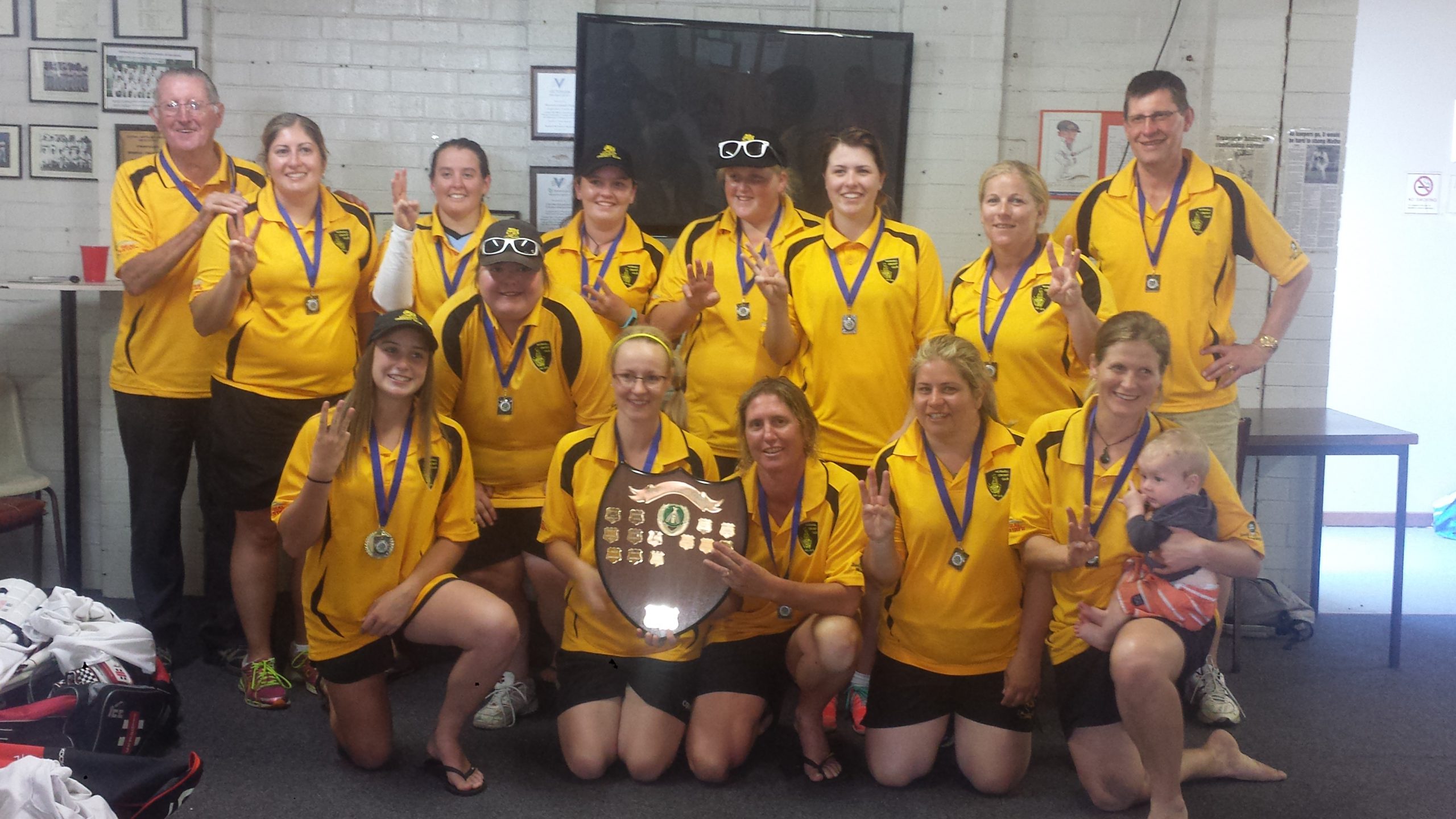 The Morwell Cricket Club women’s team made it three Gippsland Cricket League premierships in a row on Sunday when it convincingly defeated Bairnsdale by nine wickets in the final at Keegan Street Reserve.

After losing the toss and being sent out to field, Morwell made a dream start with twin strikes to Rebecca Craythorn reducing the visitor to 2/10 off seven overs.

Experienced pair Bec Stevens and Paula O’Neill began the rescue mission with a partnership of 81 before the former compulsorily retired at 50.

Chelsea Ryan was then removed for nought when Taylah Kilpatrick induced a false shot and Maryanne Lugton gleefully held onto the catch to make it 3/98 off 26 overs.

Tight bowling in the latter stages kept the Bairnsdale total to 6/146 at the completion of the allotted 40 overs, after Fiona Morrison (16*) and Laura Eaton (2*) pushed the score along at the death.

The opening combination of captain Robin Fitzpatrick and Nikki Faltum was always going to be crucial if the ‘black caps’ were to win.

Experienced Fitzpatrick smacked a boundary off the first ball of the innings and the run chase was on in earnest.

Despite the bowling efforts of Emma Corken and Stevens there was to be no early break-through.

Faltum was a perfect foil for her skipper and the right and left hand batting combination proved to be a winner. Deft touch, smart running between the wickets and the occasional boundary soon saw Morwell get to the 50-run mark off 12 overs.

Fitzpatrick went onto retire with her sixth half century for the season and Morwell was in the box seat at 0/78 in the 21st over.