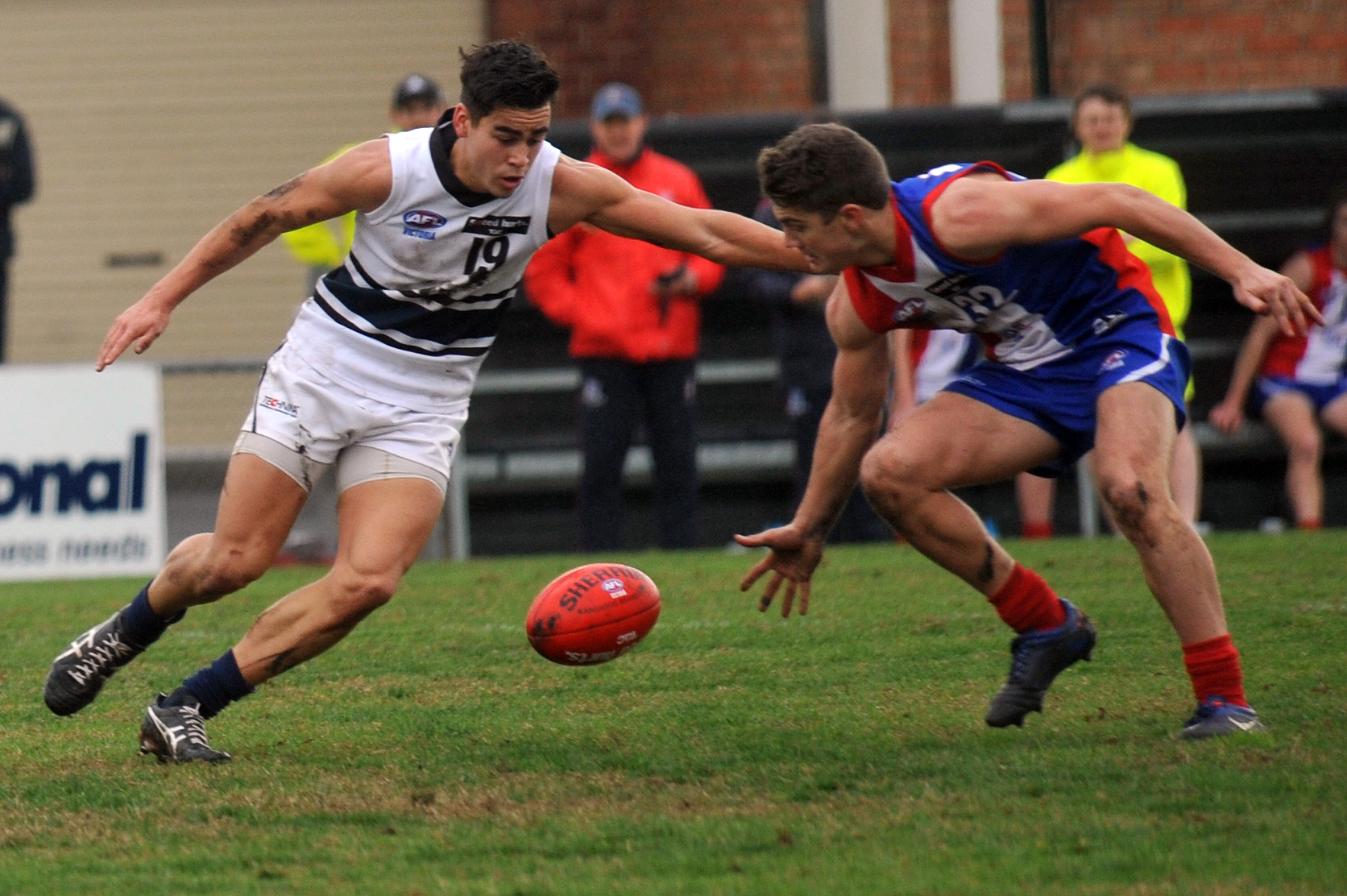 GIPPSLAND Power got their kicks en route to 66 points against the Calder Cannons, with their superior accuracy enough to take a share of the points in an entertaining round nine TAC Cup draw at Morwell Football Ground.

With the likes of Ben Ainsworth, Nash Holmes, Deven Costigan, Sam Skinner and Harrison McKay missing due to state duties and Tate Marsh out with a serious injury, the Power showed impressive depth to put on a competitive performance.

However a stuttering second and third term, in which the Power failed to kick a goal for the first time in its history, prevented the home side from taking all four points on offer.

Between the two quarters Gippsland managed just 10 forward 50 entries, well short of its season average between 20 and 30 in that period.

Captain Josh Dunkley made his 2015 debut after recovering from a nagging back injury and opened the scoring after some excellent pressure allowed him to read the ball off a pack.

Debutante Jari McDonald then chipped in with a long forward 50 entry which was roved by Nick Argento.

The Power was on top around the ground and it took the Cannons 14 minutes to kick a goal.

Tom Papley then marked strongly and kicked a fine goal, before linking up with McDonald with some give and go handballs before the latter kicked his first TAC Cup major.

McDonald was making a stunning impression and combined with Argento to find Matt DeBruin, who snapped a freak goal from deep in the pocket.

The Power was far from finished and Jackson McMahon put the ball up forward with a long kick that saw McDonald score his second for the quarter.

By the first break the Power was 31 points ahead, had applied more than 30 fierce tackles and had more than double the number of forward 50 entries than the Cannons.

However, the game plan unravelled in the following two quarters, allowing the Cannons to seize a nine point lead by the final change.

Power finally broke its curse in the fourth; Argento showed he was on task with a long kick forward and Papley roved the pack to score the side’s first goal for over an hour of play.

Suddenly within one kick of the Cannons, the Power upped its intensity but the visitor managed a critical reply on the 10 minute mark.

Rising to the challenge, a strong mark by Josh Patullo and a penetrating kick by Kade Renooy resulted in another goal to McDonald and the Power was back in the game.

The home side wasted scoring opportunities before Aloysio Ferreira again went long and Papley showed his class and skill to score another clever crumbing goal.

Papley kept coming and combined with Argento to snap another brilliant goal to put the Power more than a goal up with the clock winding down.

Not to be outdone the Cannons hit back and scored a late major to draw level with the Power.

With the side’s best contested ball winner and leader, Nash Holmes, in the state side, Connor Ambler stepped up manfully to do similar roles for the side.

He has been a key on-baller all season but took his contribution to higher levels with his customary combination of hard-won possessions and bone crunching tackles.

Ben Dessent was another who took an existing high standard to another level when the side needed it most.

He was also in the thick of the toughest action, winning the hard ball, and then ensuring that it was given to team mates with the added bonus of having little pressure on them.

The Power’s next assignment is the Dandenong Stingrays on 13 June.

Gippsland Power’s stars were among the best for Victoria Country in the under 18 national championships.

The side accounted for Victoria metro, before dishing it up to Western Australia at the weekend.