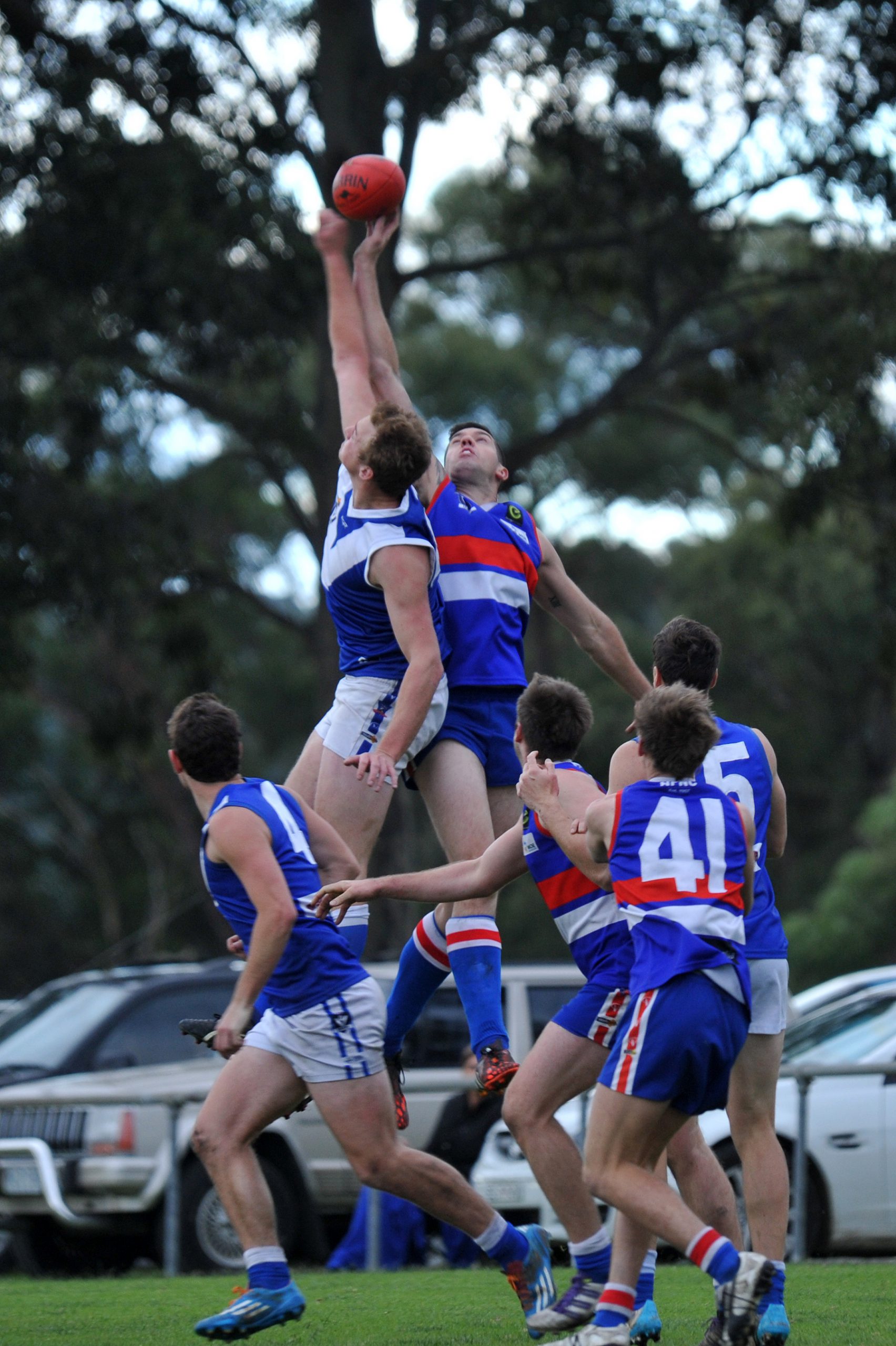 THIS weekend marks a major milestone in the 80 year history of the Mid Gippsland Football League when Mirboo North plays Trafalgar for the 100th time.

The sides first met in 1969 when Trafalgar crossed from the Latrobe Valley FL and Mirboo North from the South Gippsland FL.

Their meeting could have been match of the day a few weeks ago but Mirboo North has since started to produce its best, breaking Yinnar last week, whereas Trafalgar went down to neighbour and mortal enemy Yarragon by 16 points in the boilover of the season.

Trafalgar has been hard hit by injuries but is expecting many back for this historic clash.

An in form Mirboo North will be a class above Trafalgar but the Bloods will be pushing hard to give the Tigers a tough battle.

RECENT history is poised for a reversal when Thorpdale fronts up for Yallourn Yallourn North this week.

Thorpdale has won the past four games against the Bombers, but since their last encounter, the Blues have had a patchy run and their loss to Newborough last weekend was not one of their better displays.

Another worry is the injury list, which continues to mount with some of their best players sidelined.

YYN on the other hand has won six in a row but was on shaky ground last week against a pumped up Hill End.

On current form YYN will go in as favourites but can expect Thorpdale to rise for the 149th meeting between these teams.

The 150th encounter is coming up on 8 August.

A round ago both teams were without a win but since then the ledger has changed.

Yarragon gained its first points of the season over Trafalgar at the weekend while Hill End is still yet to break the ice.

The Hillmen have however put on some memorable performances, especially at home, only to be beaten by Newborough and YYN by a handful of points.

Hill End will view this game as a chance to break its run of ‘ducks’, having lost its last eight matches, though last year’s five wins already appears out of reach.

Yarragon was going through the horrors but its effort last weekend has lifted confidence.

This is a match Hill End needs to win for the sake of viability but Yarragon will be a hard task now it has points on the board.

MORWELL East is on a quest to beat Newborough but history is on the Bulldogs’ side.

Of the 72 matches played the Doggies have won 56, and the Hawks have not beaten Newborough since 1 May, 2010 in the nine meetings since.

Morwell East came close to knocking off Boolarra last week but poor kicking was its downfall.

Newborough easily defeated Thorpdale in its best win for the season and on form appears a likely victor in what is usually a tough match between two competitive teams.

IN the first Sunday match of the season the crest-fallen Yinnar will be out to amend its first up defeat by downing Boolarra.

These sides are long-time foes and have enjoyed some stirring contests over 80 years in the MGFL.

Yinnar has had the edge on Boolarra over the past four years, winning the previous six matches.

The Magpies still hold top position after their loss but will be keen to keep ahead of the pack.

They can expect some pressure from Boolarra but should be too good.