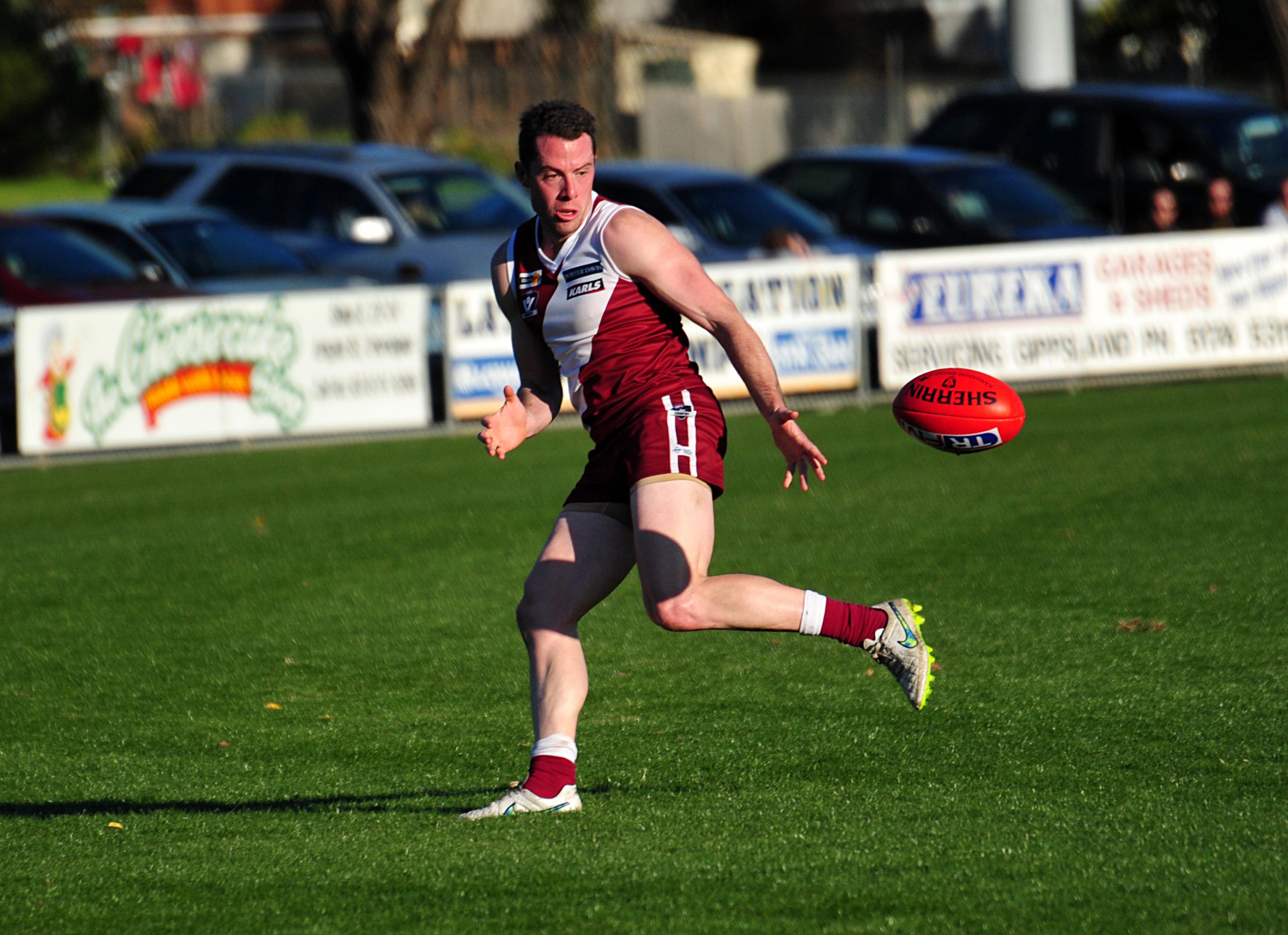 A HOST of the Gippsland League’s brightest talents are in line for a shot at country football’s pinnacle after being named in Victoria Country’s preliminary squads last week.

Eight of the competition’s stars have been selected to train in squads, comprised of four each in both the Vic Country number one side and the under 19 outfit set to battle with the best of the Victorian Amateur Football Association at QEO on 11 July.

Traralgon playing coach Mark Collison, Sale on-baller Kane Martin and Drouin duo Bob McCallum and Dan Nicholls were selected in the senior squad on the back of standout performances in the GL’s crushing interleague victory over Yarra Valley Mountain and District FNL.

Collison said the depth of Gippsland representation in the squad was a reflection of the competition’s growth.

“It’s good to see four players from the league have made it, which is a good thing for the league,” Collison said.

“Gippsland footy… is a lot more advanced than when I played it a couple of years ago, so I think that’s a good sign for the comp.”

The Traralgon coach has previously represented Victoria Country at under 19 level, and last year represented the NEAFL state side.

A severe facial injury in that match saw Collison miss the rest of the season with his Queensland club side Southport, but that experience has not deterred him from pursuing higher honours.

“If I’m worried about injuries that might happen then I’m worried about the wrong things. The club (Traralgon) is pretty keen for me to put my hand up and try to make the final side… so I’ll go ahead and give it a go,” Collison said.

“Obviously the priority is still always Traralgon, it’s just a nice little individual thing and if I’m lucky enough to get in I’ll work out the best way to go about it.”

The home-grown Maroon said returning to country football as a coach after VFL and NEAFL stints had offered new perspective on the game, enhancing his on-field contributions.

“I think coming back and coaching has rounded my game more, worrying about where other people are. I reckon it’s improved me in that regard, concentrating on the game more than just concentrating on myself,” he said.

Chosen from the top 10 leagues on the Country Football ladder, the Vic Country one side includes a number of big names from across the state, and is coached by AFL and Longwarry legend Peter Knight.

The Gippsland League contingent was ineligible to represent the under 18 side at the Country Championships due to being overage, but was called up to train with the senior team.

Each squad will be cut back to 22 prior to the 11 July game.