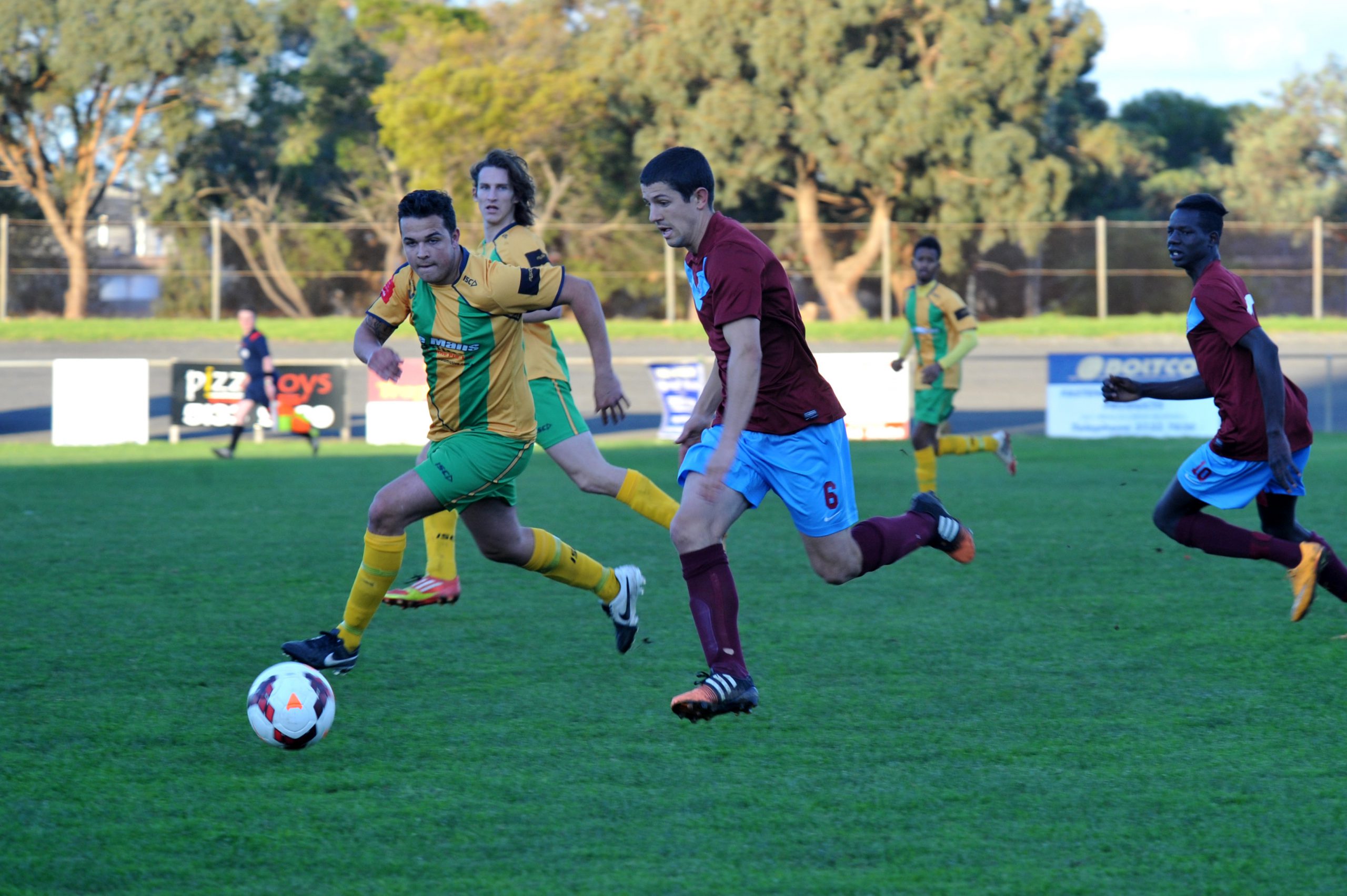 MORWELL Pegasus broke its “Doncaster curse” with a 1-0 victory to solidify equal fifth on the state league south east division one ladder.

Goals have been hard to come by against the Rovers in past meetings, and it was more of the same as the Horsemen squandered numerous sparkling chances at Ronald Reserve.

It took a long overlapping run along the flank from recently signed right back Justin Alary to penetrate the stingy Rovers defence early in the second half, with his strike the difference at the final whistle.

Pegasus coach Luke Cheney said he was pleased to grind out a win, but conceded there were improvements to be made in front of goal.

“To be honest the score was a bit flattering for Doncaster, we didn’t play that well, but we did miss a good four or five opportunities that should have been buried,” Cheney said.

“It felt like we had a Doncaster curse, we just can’t score against Doncaster, so it was nice to grind the win out for once instead of copping a draw.

“The boys worked hard but we just didn’t take our opportunities out in front to really kill the game off.

“Pleasing to get the result, (but) as a coach I wasn’t that pleased. I was happy to get the three points but in our performance there’s plenty of room for improvement.”

The reserves side enjoyed a 5-0 win, with a Nass Mohammad hat-trick pushing his case for a recall to the seniors.

Cheney has bolstered the squad in recent weeks with a handful of signings including Alary, the return of Thom Lino from a National Premier League Queensland quest and 2014 Pegasus player Alex Brooke.

The coach is hoping increased squad pressure will keep the side sharp through the second half of the fixture.

Pegasus has another tricky assignment this week, on the road to fellow fifth place occupant Malvern City, with a chance to jump as high as outright fourth.

Morwell then has the bye to freshen up ahead of the return leg of the local derby with Warragul United.