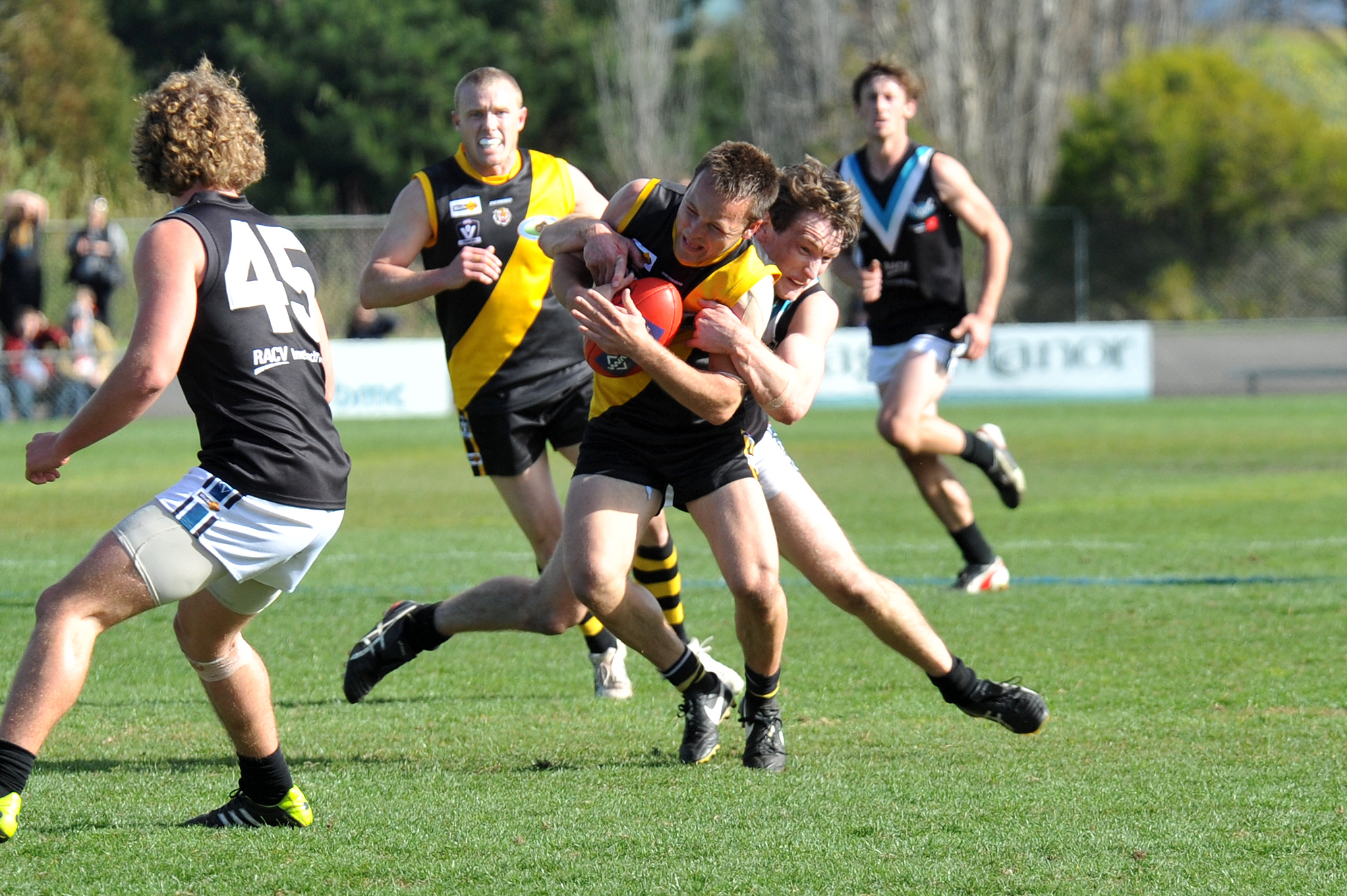 MORWELL will be looking to get its season back on track when it takes on Wonthaggi in a rematch of the 2014 Gippsland League grand final.

“It’s another big one for us. We have lost two in a row now and we need to get a win and get back on track. We’ve had our chances but haven’t been able to get the points,” Morwell coach Joel Soutar said.

The round 10 clash comes a week after the club announced the two-time premiership captain will leading the Tigers into 2016 as senior coach.

For now the focus is on the second half of 2015, starting with the chance to make amends for the Tigers’ round one loss to Wonthaggi, which saw the Power record its biggest win over Morwell since 2004.

The Power will also take plenty of confidence from last year’s round 10 win over the Tigers, its first since re-joining the competition.

Prior to that, Morwell had won the points in its past four visits by margins of more than 22 points.

A game clear in third on the ladder, Traralgon will be looking to make amends for its most disappointing performance of the year, back in round one.

“We are pretty keen to redeem that performance. It’s the start of a big few weeks for us with Moe away and then Drouin away, so the next three weeks will be a challenge for us,” Maroons coach Mark Collison said.

The Parrots stunned the competition with a 123-point opening round win over the Maroons, however the visitor can expect a different contest this time around.

“It’s probably a hard one. We can’t take too much out of it. There are lots of things that went wrong, we had injuries in the lead up and we played the last quarter with 16 on the ground,” Collison said.

The first-year coach is eager to turn the tables on this week’s opponent, which has returned home with the points in four of its past five visits to Traralgon.

“We just need to focus on what we can control, that’s the main issue. If we can put that in place we will have a good chance to win,” Collison said.

MOE coach Adrian Burgiel was left reeling last round, when his side forewent a big lead to be pipped at the post by Bairnsdale.

Looking to make amends, the Lions will be vying for their fourth win of the season when they host Warragul.

The home team has plenty of reason to be confident; last time they met at Ted Summerton Reserve, Moe emerged a 135-point winner.

While the Gulls remain at the bottom of the table and without a win in 2015, they have been competitive, including in round one which saw them trail the Lions by just eight points heading into the final term.

MAFFRA may not have beaten Sale at Sale since 2009, however the Eagles will go into Saturday’s Battle of the Birds as a firm favourite.

With seven wins and just two losses, Maffra sits in second on the ladder; a game behind Leongatha and a game clear of Traralgon.

Its opponent sits in fifth, with five wins and four losses.

A fortnight after a confidence and morale-boosting win over Moe, Bairnsdale will return to City Oval to take on Drouin.

Coming off consecutive losses to Sale and Leongatha, the Hawks need a win to stay in touch with the top five.