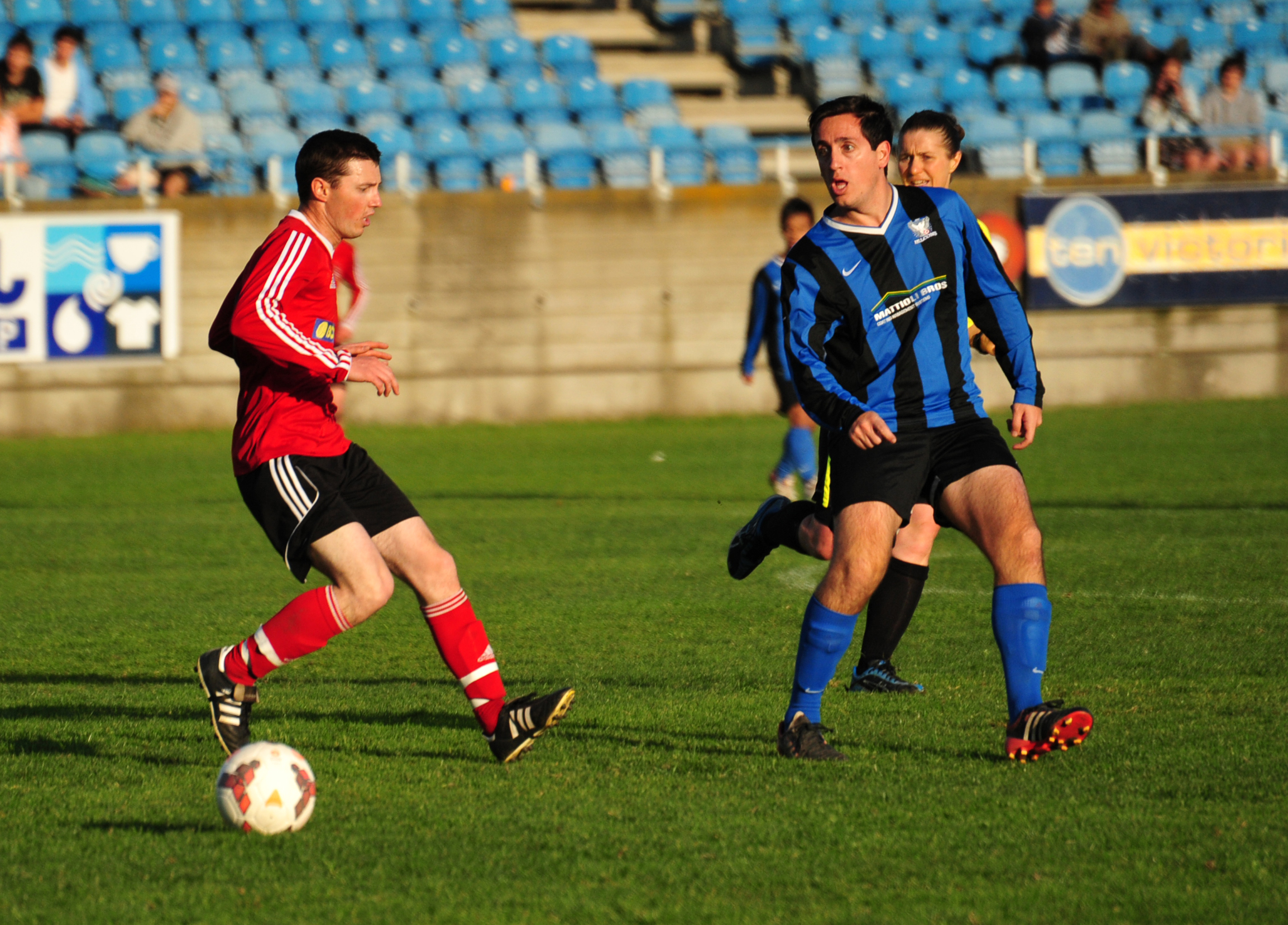 NEWBOROUGH Yallourn United caused the upset of round 13, and arguably the Gippsland Soccer League season to date, when it toppled second-placed Sale United 3-1 at Burrage Reserve on Sunday.

The fourth-placed Combine began at a frenetic pace and claimed an early lead when Mark Fairbrother capped off a purposeful run with an accurate finish.

Sale came back with a goal of its own, when a low drive from outside the box found the back of the net to make it 1-1.

Brandon Scott regained the lead for the home team on 30 minutes, latching on to a well-taken cross to deflect the ball beyond Sale custodian Chris Richardson.

NYU took control after half-time with its rigid defence unyielding while making damaging drives at the other end.

A well-timed run into Sale’s penalty area ended in Adam Batt being brought down illegally, and a penalty awarded on 60 minutes.

The spot kick was taken by Fairbrother who slotted home his second goal for the game.

NYU contained Sale for the rest of the game to claim an important three points.

MONASH came home from muddy trip to Tyers with all three points following a 2-0 win.

With the pitch in poor condition the first half was a dour affair as players struggled to keep their feet.

The best chance of the half fell to Monash’s Ethan Lawrence who blazed wide from right in front as the teams went into the break at 0-0.

The half-time introduction of Ty Christy from the bench turned the game in Monash’s favour as Callum Polo and Chad Shelley began to control the middle of the park, nullifying the dangerous Shayne Pavich.

The Wolves took the lead midway through the half, after smart work from Christy down the left saw a cross into the danger zone that Sam Krupjak was unable to deal with, firing into his own net under pressure from Lawrence.

Both keepers were kept on their toes with Wolves’ Enda Murphy and Tyers’ Nicholas Pridgeon producing fine saves, including the Monash gloveman forcing his opposite number to tip wide an audacious 70 metre effort.

Monash sealed the result late on when Christy broke clear of the defence and slotted past the advancing keeper.

DEFENDER Joe Auciello celebrated his 150th senior game for Falcons 2000 in style, getting on the scoresheet as the ladder leader banged eight past a hapless Morwell Pegasus at Latrobe City Sports Stadium.

Pegasus fashioned two early chances but it was all Falcons from that point on as the home team hit the lead within 10 minutes.

League leading scorer Jesse Kennedy scored a contender for goal of the season to make it 2-0 soon after, chesting down a lobbed pass before lashing a volley on the turn beyond Leon Cook in the Pegasus goal.

Kennedy scored his second of four for the afternoon from the penalty spot to make it 3-0 by half-time, after Nick D’Alessandro was fouled in the area.

Falcons added another five after the break, with the highlight a precision top corner free kick from D’Alessandro.

The result all but wrapped up the Immigration Wall Cup ahead of the second leg in the final round of the GSL season, with Kennedy awarded the Hutchinson medal for best on ground.

A HEYDAN Cook goal saw Olympians take out the Traralgon derby 1-0 over City on Sunday.

The second half winner was enough to see Olympians solidify sixth place on the ladder.

A double to Sam Gatpan, and one each to Joel Baldwin, Marc Mchallam and Matt Shearing – who continued his recent scoring form – contributed to the rout.

East Gippsland United had the bye.