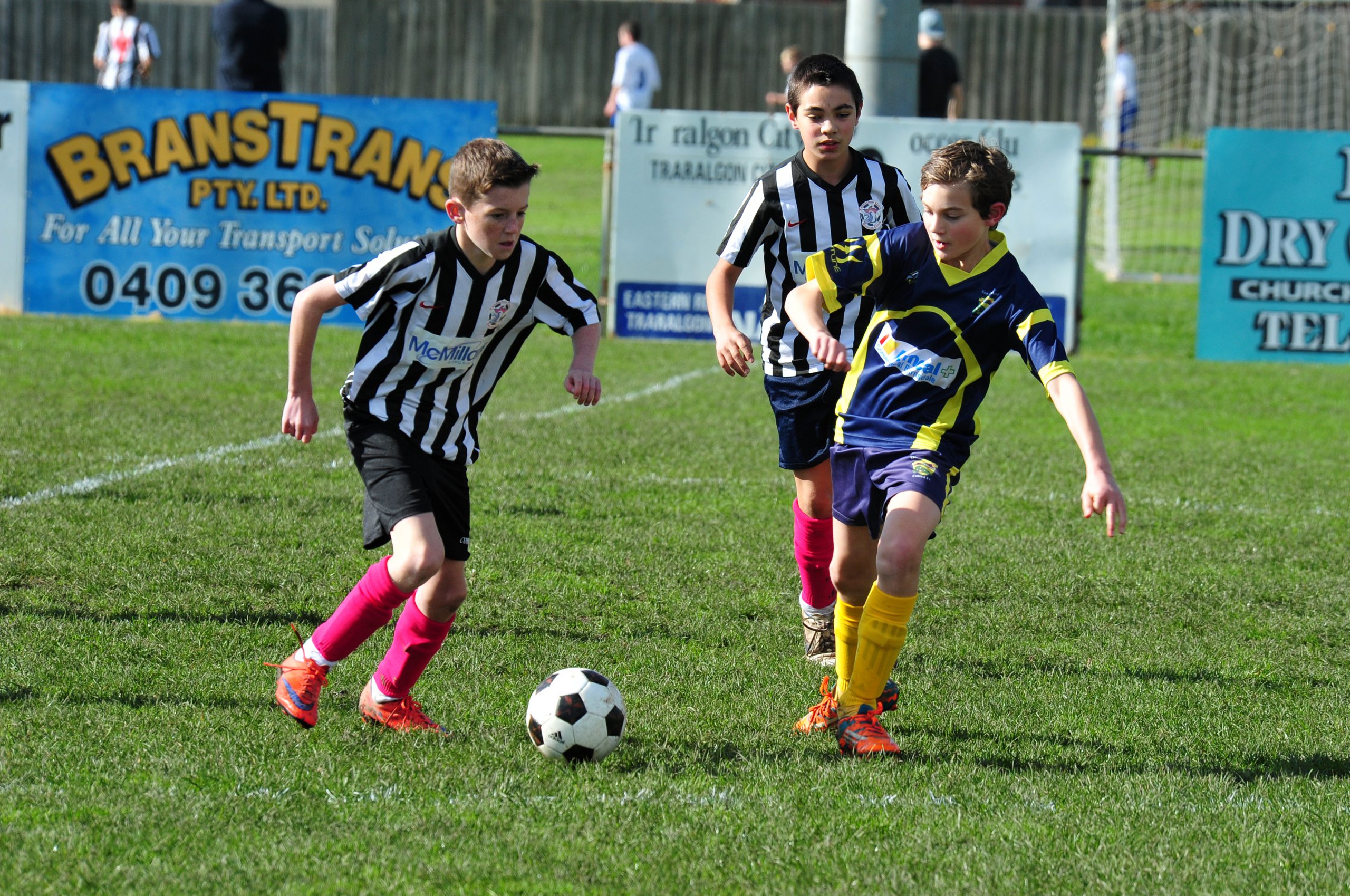 TRARALGON City Soccer Club has rallied behind one of its under 16 players and his family, whose grandmother was recently diagnosed with breast cancer, raising about $2000 in fine style on Saturday.

The Roosters’ junior sides all sported pink socks, while the 16s went a step further and added headbands to the ensemble for an intra-club clash, to help raise funds and awareness surrounding the disease.

Cheered on by a larger than average crowd, many sporting pink face paint and hair dye and gorging on pink-themed food from the canteen, City scored two wins from five matches on the day.

“The kids loved it… we had a lot more spectators at the ground this week because of it… it was a good sort of family day,” he said.

Despite a schoolboy stigma surrounding the hue in question, the boys were not perturbed by wearing a “girl’s colour” for the occasion.

“My particular team we had (pink) headbands as well, there was a little bit of resistance, but once we were all in we were all in,” Cullett said.