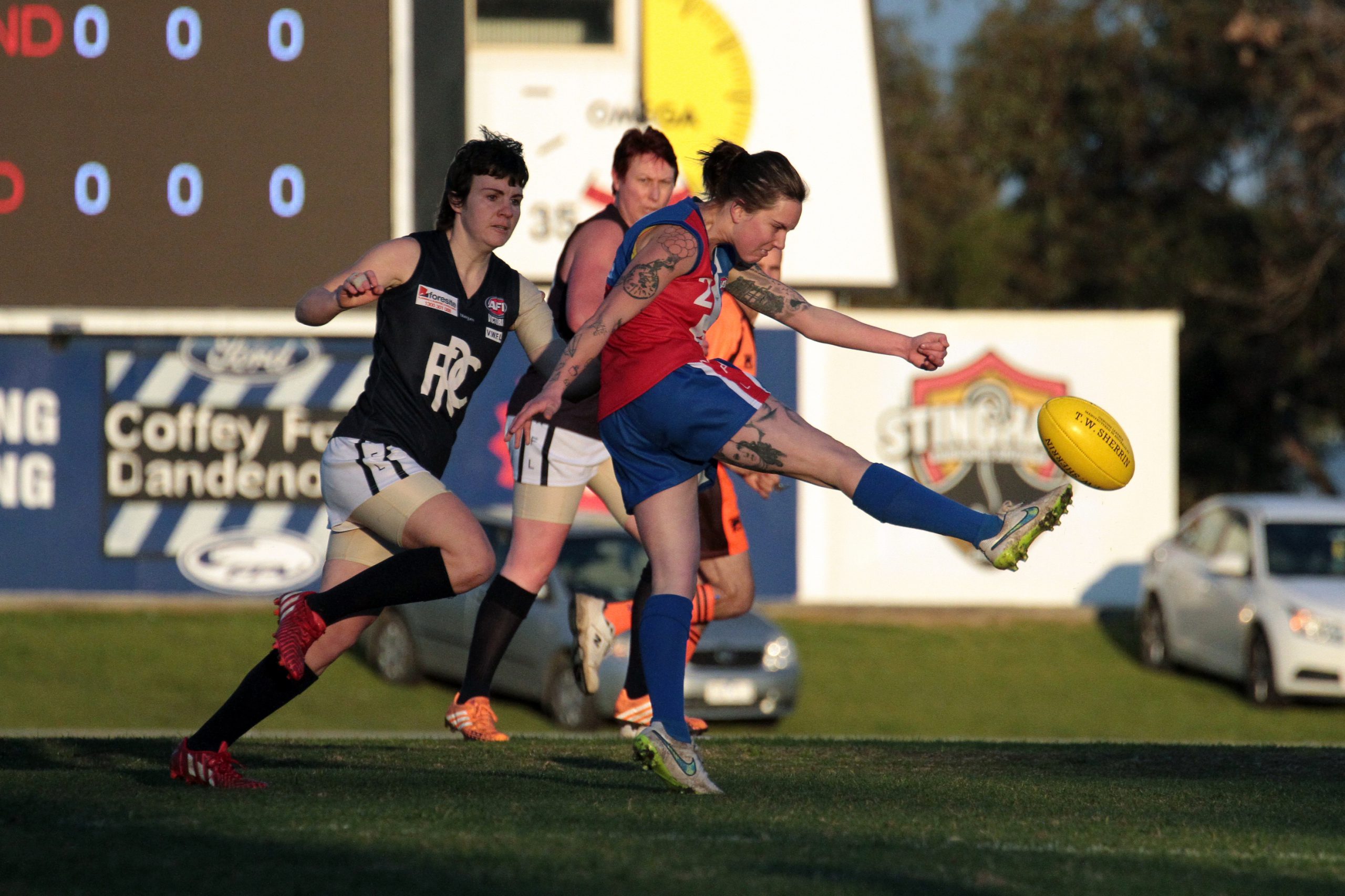 SIX months ago a Gippsland open women’s football team was little more than a pipe dream.

It has been a fairytale rise for the fledgling team, which won seven of nine home-and-away games and a second semi-final on its way to the division five east grand final against fellow newcomer Ajax.

Inaugural Galaxy coach Nikki Schroeter could hardly believe how far her team had come in such a short space of time.

“It has been an incredible ride,” Schroeter said.

“To win our first game was great, but the girls have improved their skills and understanding of the game out of sight since then and the way we have played in the second half of the season has been unbelievable.”

Founded by the Gippsland League, the Galaxy has taken all before it in its first season.

Led by league-leading goal-kickers Rachel Drennen (37 goals) and Sarah Jolly (36), the Galaxy nearly doubled the points tally of their nearest rival during the home-and-away season, while also boasting the meanest defence.

Despite playing just once in the past six weeks, the Galaxy showed few signs of rust in the second semi-final against Rosebud two weeks ago, piling on nine first-half goals to zero on their way to an 87-point win.

Schroeter warned her team was unlikely to have it as easy this weekend.

“They (Ajax) will be fired up and ready to catch us out,” she said.

“They have a quick midfield and are dangerous on transition, so we will need to be switched on from the opening bounce.”

The Galaxy hold a 2-1 win-loss record against Ajax this season, including a 109-point win in round nine and head into the grand final with plenty of confidence.

“The girls are so excited and hopefully we can put in one more great performance and win the flag,” Schroeter said.

For the Gippsland coach the final will be a chance to guide a second team to a premiership on debut in a single season, having also led Traralgon to glory in the Gippsland Youth Girls League this year.

The grand final will be played at Shepley Oval in Dandenong on Saturday at 7.15pm.