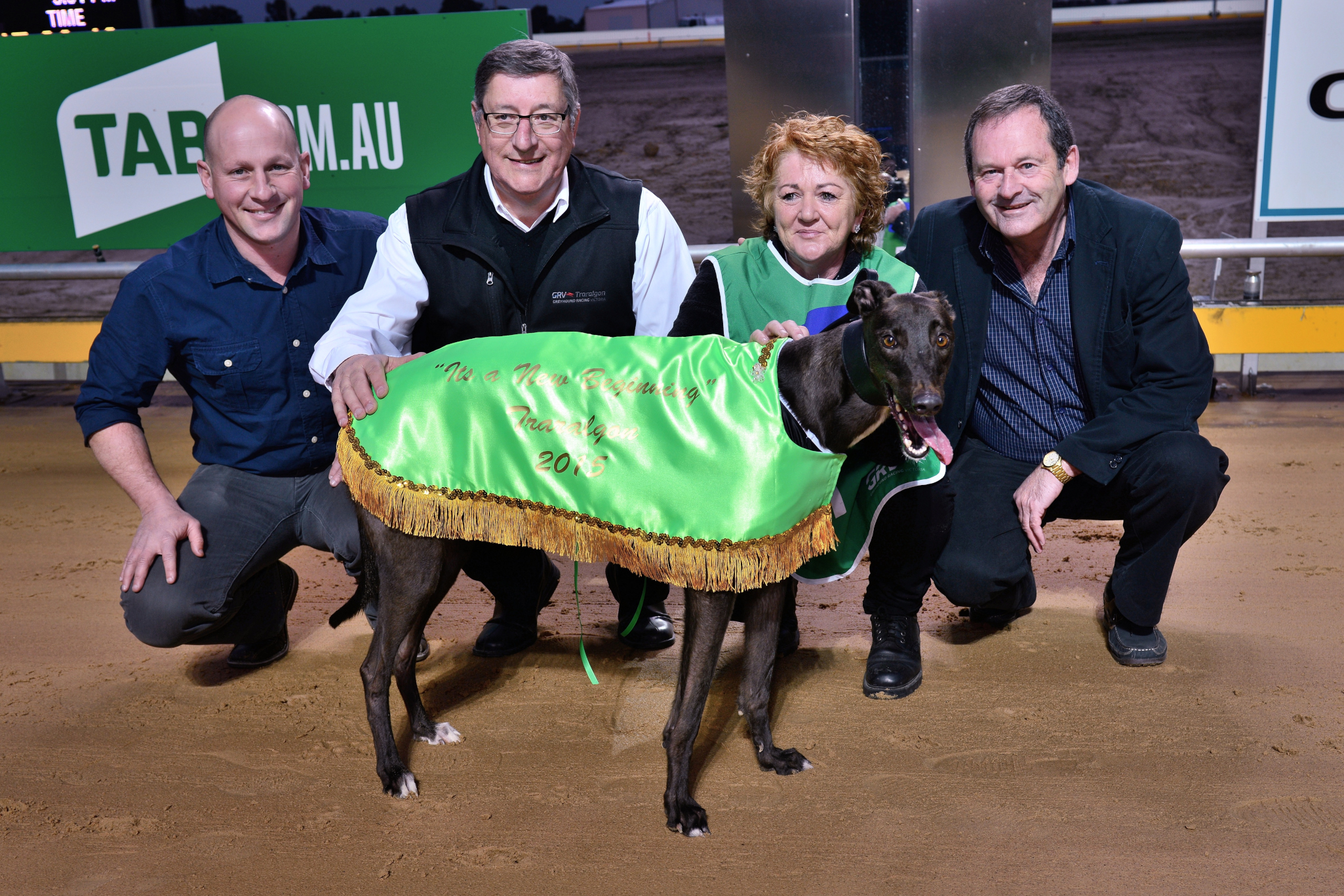 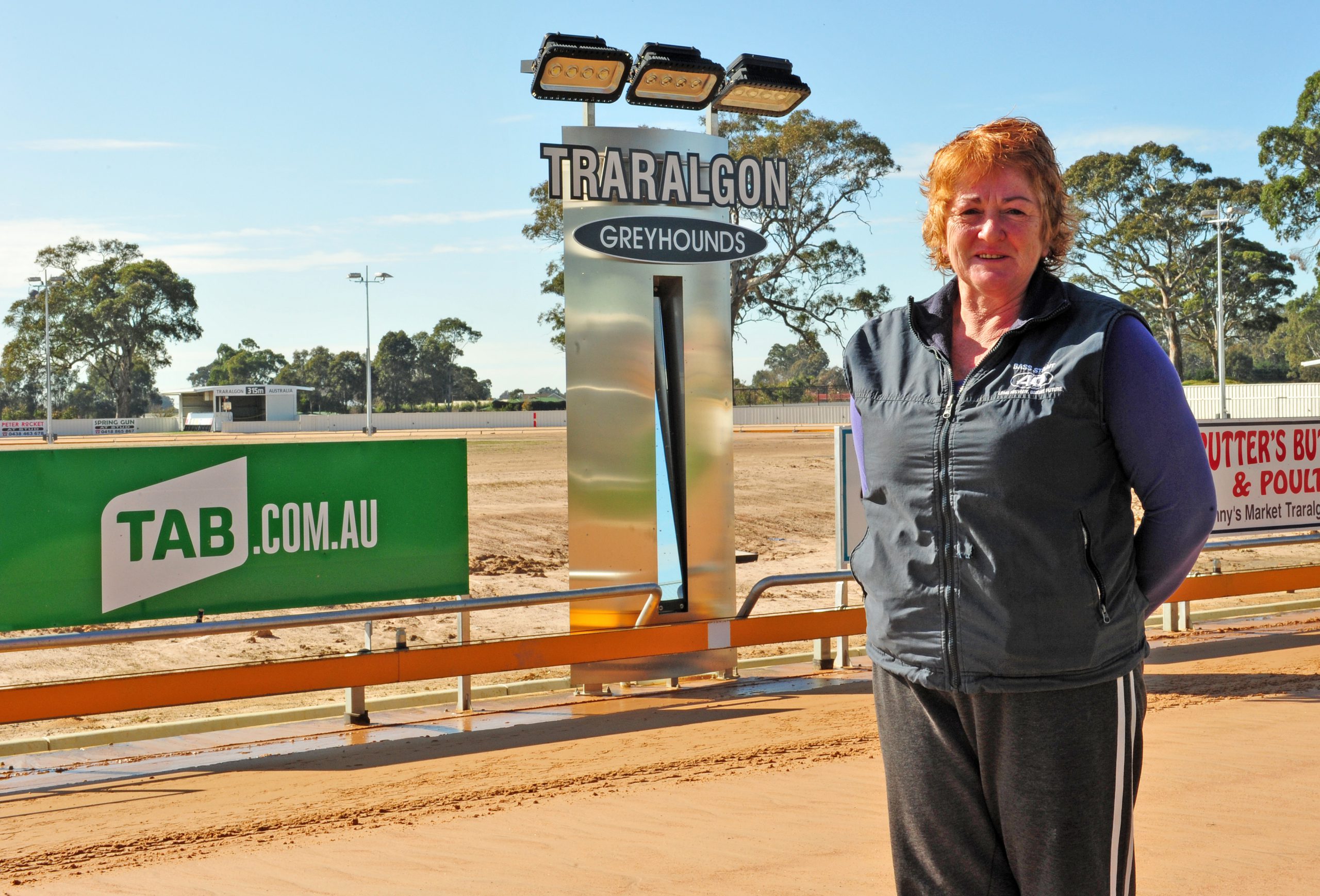 RELATED COVERAGE: Greyhounds back on track

LOCAL trainers had waited some 443 days for Traralgon Greyhound Racing Club to re-open its doors, and were compensated with a place in history this month.

The club’s first race back after a $6.2 million redevelopment of its Glenview Park home was open to local trainers only, ensuring one Gippslander would etch their name in the record books as “new track challenge” champion.

Fittingly for a race targeted at home-grown handlers, the victory was taken out by Traralgon dog Jesaulenko, trained by Terri Morris who lives two minutes down the road from the track.

“It was very exciting. It was a good night… it was great winning the first race,” Morris said.

“It was good because we’d been waiting so long for the track to open, so it was a bit of a reward back to the trainers for their patience.

“It was a bit nerve wracking because it was the first race to be run (here) with a full field of eight dogs, so we didn’t know how it would pan out, but there was no trouble for the whole night.”

In his 11th start Jesaulenko, named for Carlton footballer Alex ‘Jezza’ Jesaulenko, motored to an easy six-length win, clocking 30.50 seconds for the 525-metre trip, which was just .01s off the best time of the night for the distance.

It was win number five for the dashing black greyhound, who also has a second and two thirds to his name in a short career to date.

One of three siblings bred, reared and now trained out of Morris’ small operation, the secret to Jesaulenko’s success could well be a life of luxury, with gourmet breakfast and plenty of pampering all in a day’s work.

“I like a couple of dogs, it’s personal, mine get cheese and bacon rolls for breaky.”

Morris, who had primed the eight-month old for Traralgon’s return meeting, said the wide-open, flowing new surface was well received by trainers and dogs alike.

“I think (the track is) wonderful. (It runs) really good, safety wise there was no trouble at all,” she said.

“I spoke to the vet and she was extremely happy (with how the dogs pulled up).”

Morris has trained dogs for the past seven years, and was one of many locals hanging out for the return of Glenview Park with bated breath.

The wait was well and truly worth it, and Morris believes the decked out new facility comes as a huge boon for the region’s racing interests.

“It’s wonderful, convenient, and… the way the track’s designed with the amount of starting positions (and distances) you don’t have to go looking for a track, it’s all here,” she said.

“It caters for a whole different array of dogs.

“It brings owners out too, not just the trainers, but people might get a syndicate together… it’s easy for them to come now as groups.”

Jesaulenko returned for the “new track challenge” final on Saturday night, finishing outside the top three against the qualifiers from the other two heats.

The young bolter may be a chance for a berth on Traralgon Cup day next month.