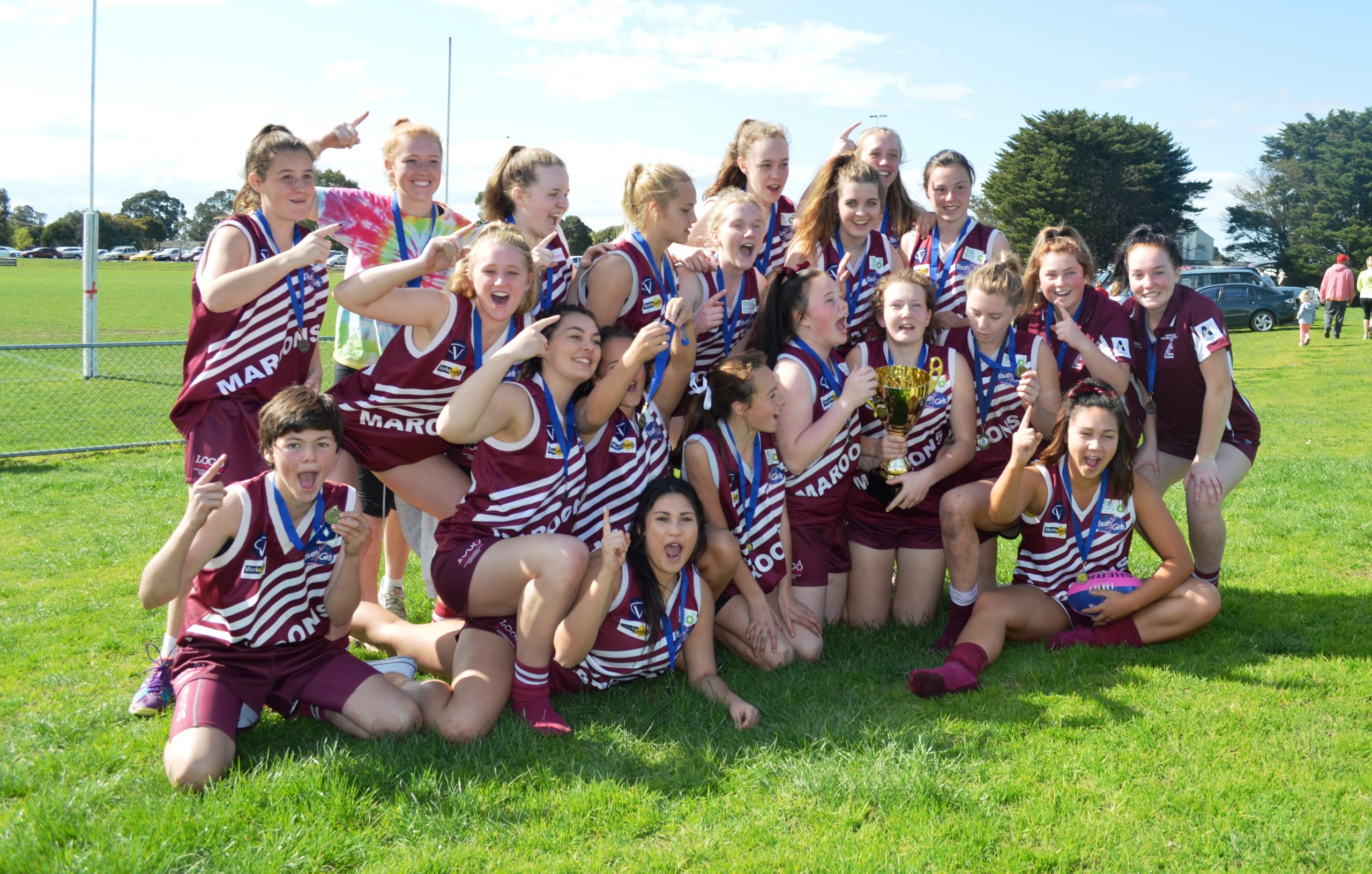 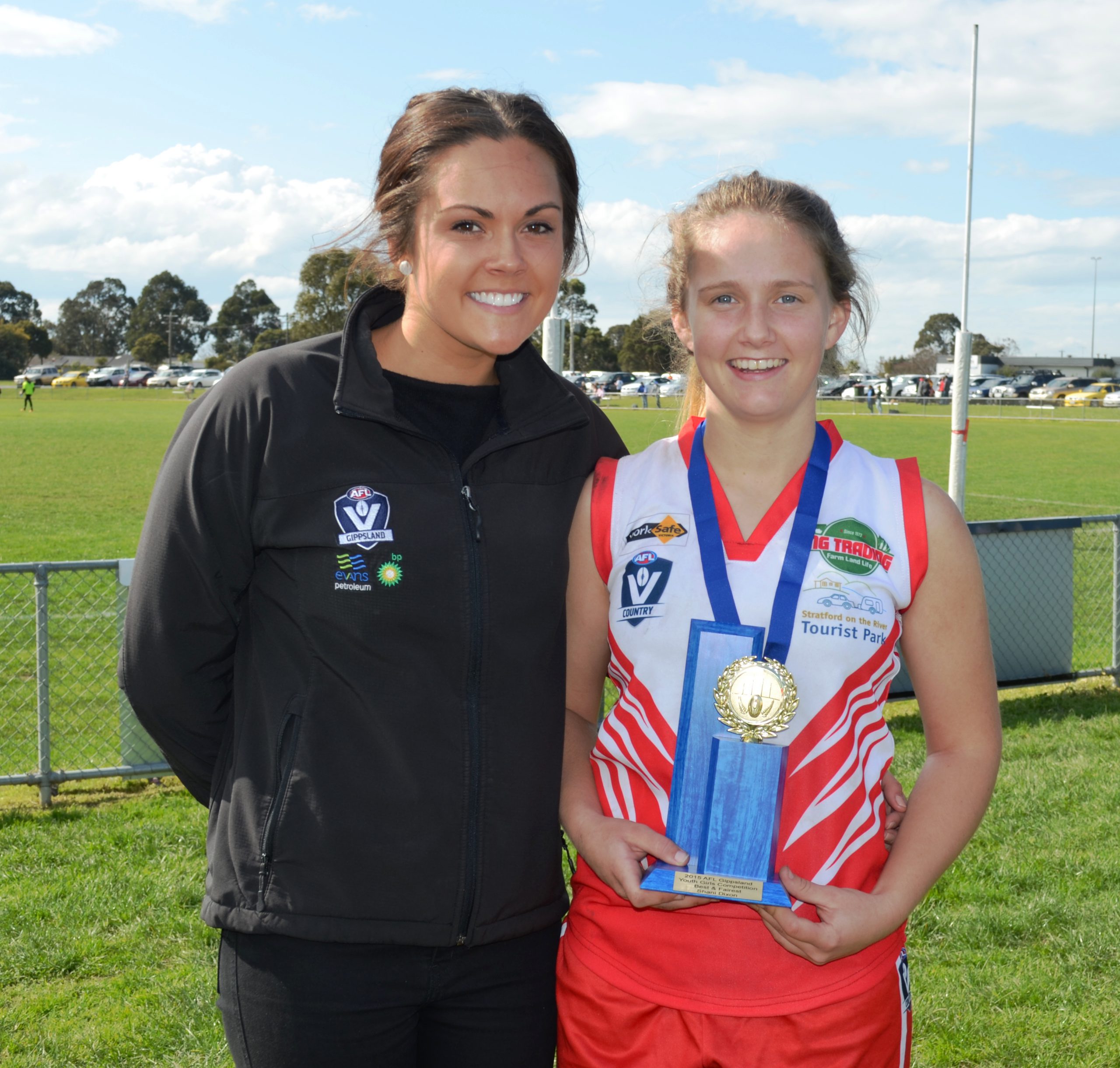 A watertight defence proved the cornerstone of the win, with the Maroons defeating fellow first-year side Stratford 16.15 (111) to 1.2 (8) in Sunday’s decider at Traralgon West Sporting Complex.

Darcy Guttridge and the Traralgon defenders kept the Swans scoreless in three of the four quarters, while at the other end Nikia Webber and Jade Melbourne booted four goals apiece to pile on the scoreboard pressure.

The Maroons joined the league this season and wasted no time establishing themselves as a powerhouse of the competition, winning every game on their way to a maiden flag.

“Some of these girls have played together for school teams, but to play so well as a team in their first season is a fantastic effort,” Maroons coach Nikki Schroeter said.

“With an open women’s team in Gippsland now there is a clear pathway for these girls to continue their football, so this could be just the beginning.”

Swans star Shani Dixon was rewarded for her outstanding season, with the league best-and-fairest award, ahead of Shelby Felmingham (Morwell) and Ash Jans (Maffra).