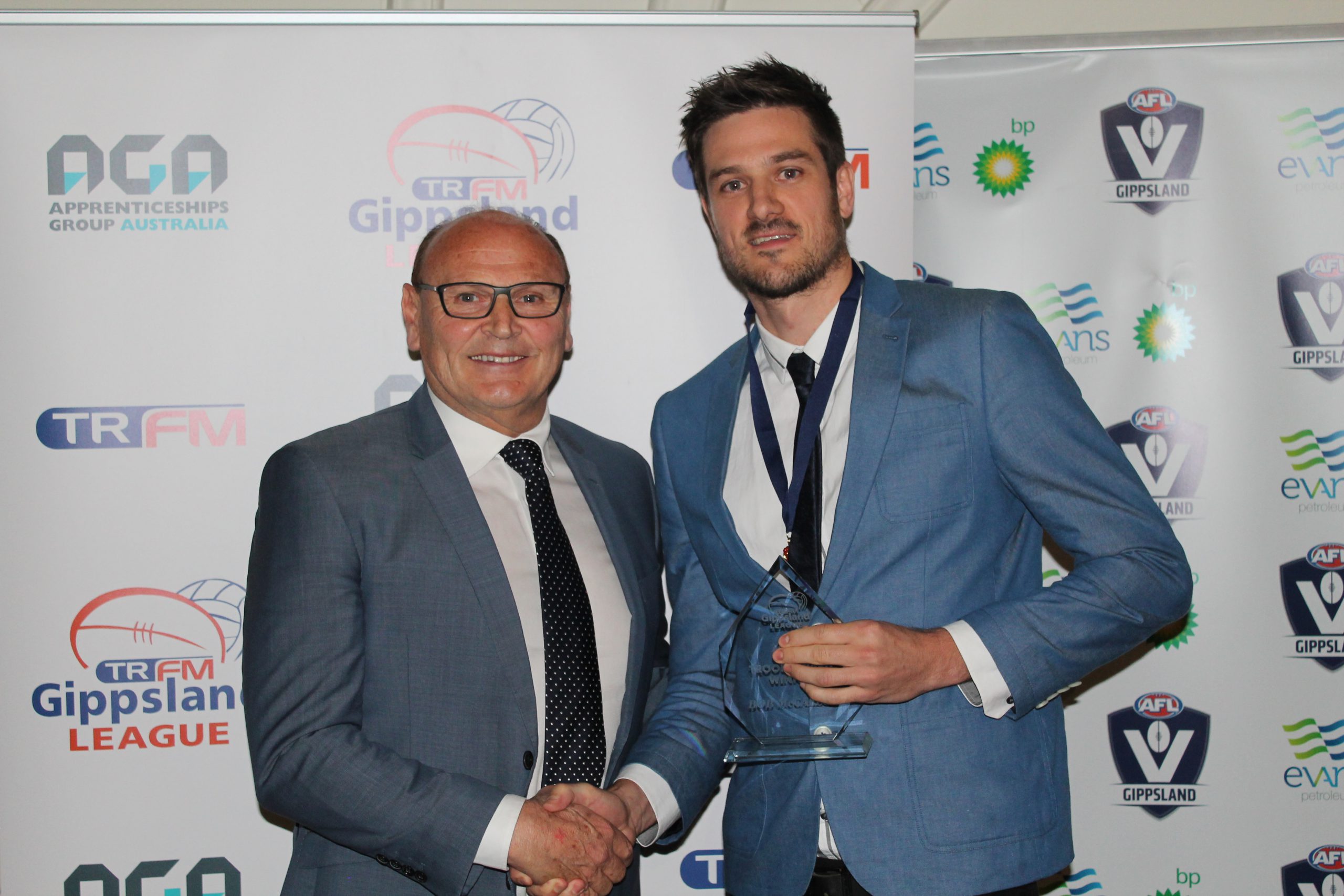 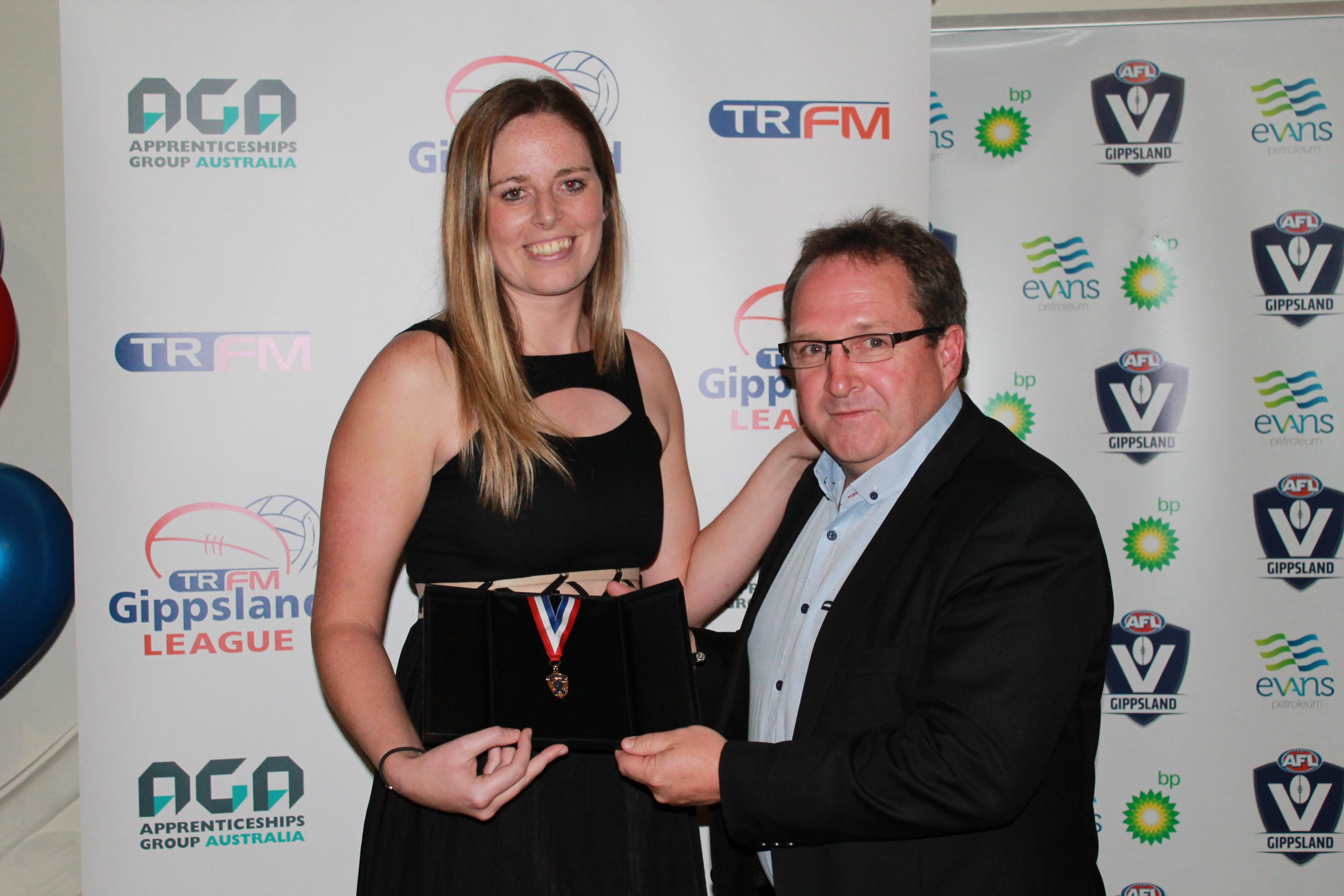 PICKING up votes can be a tall order for ruckmen, but Drouin’s Bob McCallum has bucked the trend by taking out the 2015 Trood Award and Rodda Medal at Monday’s Gippsland League vote count.

The Hawks’ playing coach is the first ruckman to win the league’s senior best and fairest award since Warragul’s David Mills in 2006.

Much like the AFL’s Brownlow Medal, the Trood Award and Rodda Medal has been dominated by midfielders in recent history, but McCallum’s influence at the stoppages and contribution around the ground this season – including 27 goals – did not go unnoticed by the umpires.

Eighteen of McCallum’s 23 votes came against three clubs – Morwell, Warragul and Bairnsdale – when he was best-on-ground on each occasion.

The award capped a great year for McCallum, who returned to Drouin this season fresh from winning a flag with Ellinbank and District Football League club Buln Buln.

Thrown in the deep end when newly-appointed coach Clint Proctor stepped down due to work commitments on the eve of pre-season training, McCallum took Drouin from winless in 2014 to seven wins and seventh place in his first season at the helm, and also captained the Gippsland League interleague team.

Morwell’s Riley Hogarth (football) and Traralgon’s Daisy Hill (netball) were the first recipients of the Rookie of the Year Awards, while Sarah Jolly won the inaugural Gippsland Galaxy Player of the Year Award.