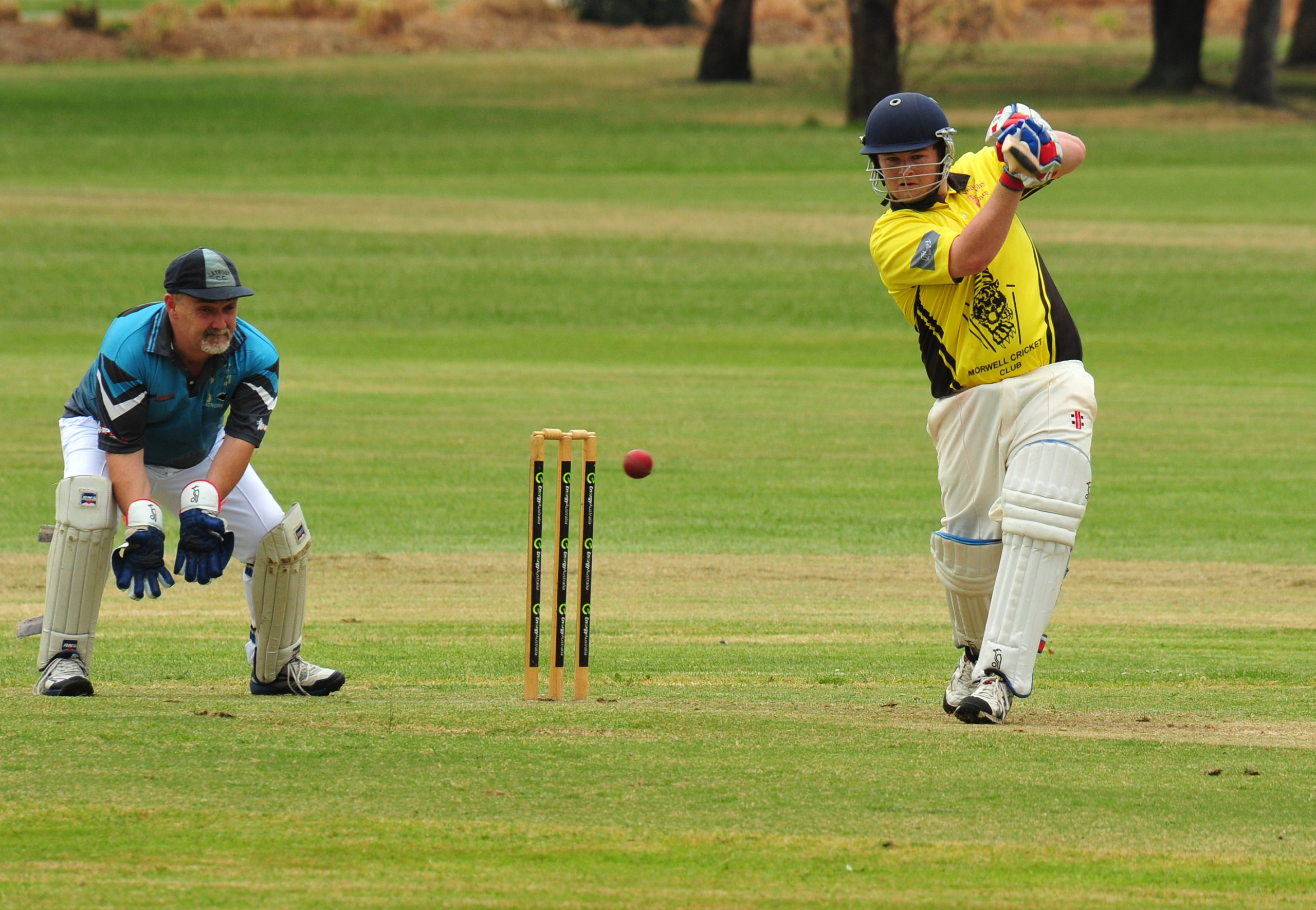 Moe held Yallourn North to a tie in a thrilling climax to the opening day of central Gippsland cricket.

The Lions fielded a young lineup with nine players under the age of 22, and the entire playing 11 under 30.

Moe displayed composure beyond its years, posting 8/166, with Kane O’Connell, a late transfer from Thorpdale, top-scoring with 32 not out and runs to Andrew Philip, Joel Mitchell and Nathan Lee.

Will Lawrey (2/28) and Rowan Kelly (2/36) kept it tight for the Bombers while the rest of the attack picked up single wickets.

Yallourn North needed a good start but lost Glen Sheekey for two and Tyler Brown without scoring, the latter to a cracking catch by Joel Mitchell.

When skipper Patrick Spiteri fell to Philip, it left the visitors teetering at 3/35.

Aidan Vesty played an excellent innings of 51 to drag his side back into the match.

He teamed up with the returning Evan Sheekey in a 78-run partnership before Philip claimed his third wicket, that of the half-centurion, to leave him with figures of 3/29.

That left Jeremy Butler to do his best to marshal the lower order.

When O’Connell dropped him on the boundary off the bowling of Robert Blunt, the Lions thought the match was gone. With eight runs required off the last over Moe spread the field and waited for the batsmen to make the mistake.

In the end three runs were needed from the final ball, delivered by Blunt to Rowan Kelly.

Ayden Kelly’s return throw was fumbled by ‘keeper Noah Kane as the batsmen attempted the tying run, who then went for the winning run amid the chaos.

Kane threw the stumps down at the bowler’s end with Rowan Kelly just short of his crease to tie the match.

Latrobe also had a nail-biter against cross-town rivals Morwell, with the Sharks taking home the points in a tense two-wicket win.

Morwell skipper Rory Hare won the toss and chose to bat, but the Tigers made a bad start, which turned into a nightmare for the captain when he was run out by Chris Johnson to leave his side at 3/28.

Jackson Beani and Craig Giddens were the only Morwell bats to offer much in the way of resistance as the Sharks’ star man Johnson (3/7 from nine) did the damage in tandem with the swing bowling of Jamie Brierley (3/12 from 6.2) to have the Tigers all out for 94.

Jayden Hawkins top-scored on his top-flight debut, his 20 mostly coming at the expense of former Hazelwood North teammate and fellow debutant Hayden Kimpton, who saw his solitary over dispatched for 14.

Morwell made the best possible start to its defence with Davin Charleston nabbing the wicket of Steven Freshwater with the score on zero as the Tigers claimed a steady flow of wickets. At 5/36, Morwell was in pole position to claim victory.

Brierley and young gun Will Kennedy dug in to take the score to 70, however another collapse saw the hosts slump to 8/77, still needing 23 to win.

Johnson and Brendan Evans managed to negotiate the remaining obstacles before filling their boots against a tired Morwell attack.

Evans top-scored with a belligerent 44 and Johnson notched an unbeaten 31 as the Sharks closed at 9/156.

Beani impressed in his first game for Morwell, nabbing 3/11.

Jeeralang-Boolarra endured a chastening introduction to the Energy Australia Cup as it was bundled out for 74 against Mirboo North.

Panthers captain Stan Urbanic won the toss, but from then on not much went to plan as only he and Tim Laaks made starts.

Ben Williams (4/19) rolled through the middle order, either side of hauls of 2/12 for both Steve Rogers and Dale Banks.

English import Adam Mates opened the chase with the reigning Byrne-James Medallist Robert Phoenix both getting starts before falling to Dermott Leys (2/44).

Jesse Giardina strode to the crease in his first game back for Mirboo North after three seasons at Morwell, bludgeoning the Panthers’ attack with his 73 coming at better than a run a ball.

Giardina teamed up with Jed Alexander (43) in an 89-run stand that blew the debutants away as Mirboo North amassed 7/232.