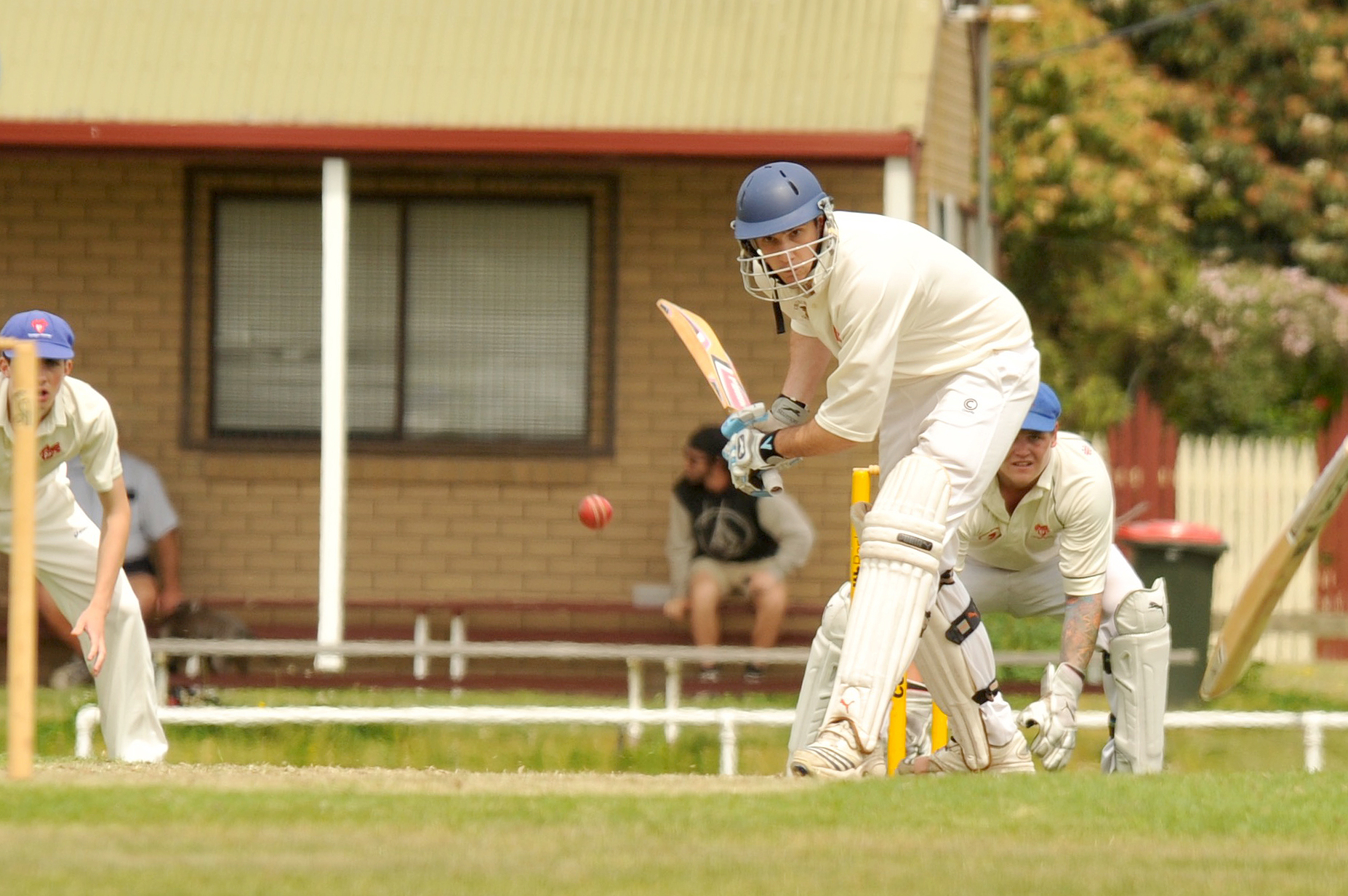 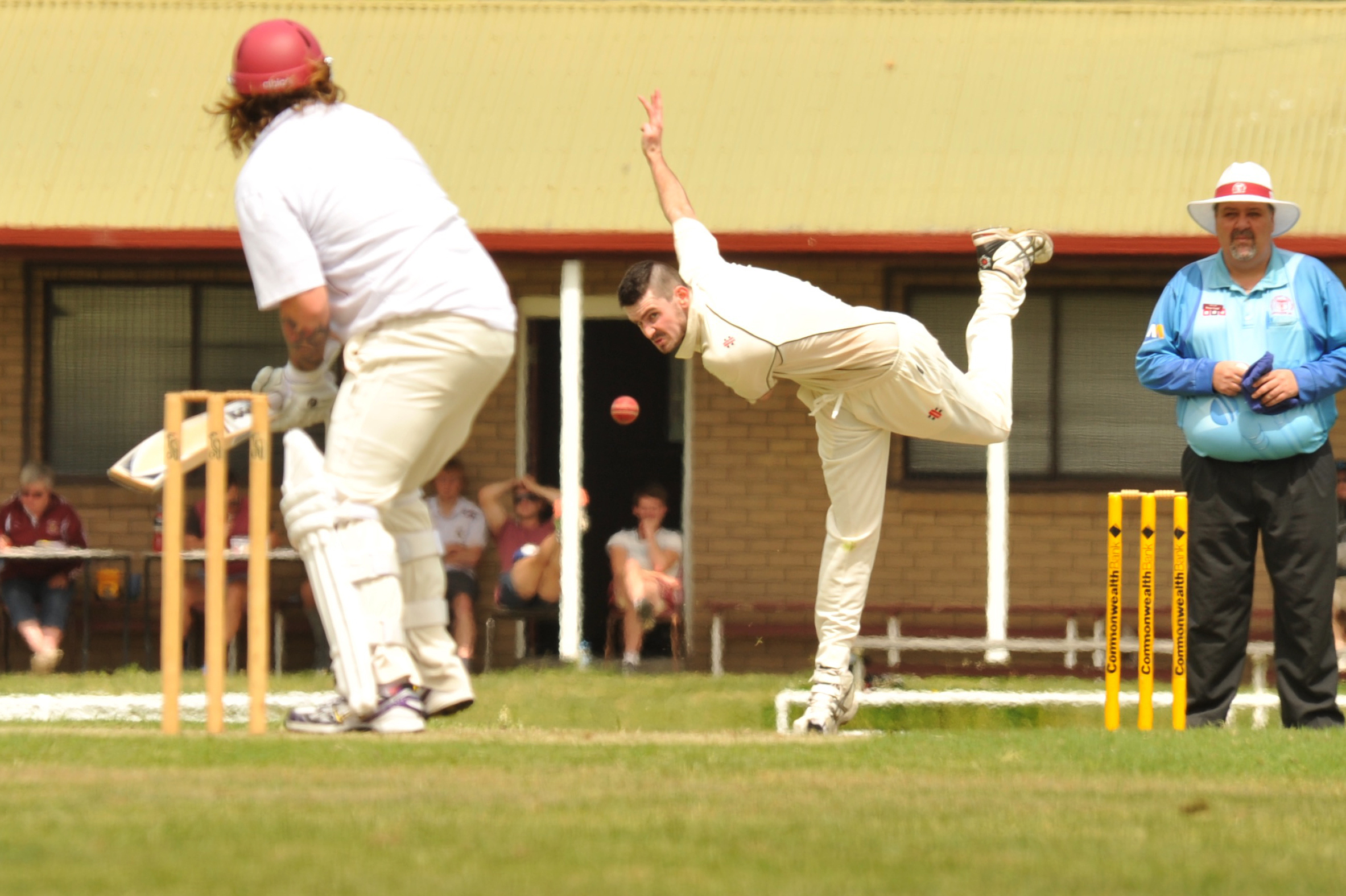 DAY one of Traralgon and district cricket’s second round saw some incredible performances with two games already won on first innings, while a powerful innings from Centrals batsman Mark Rawson has his team well on the way to an outright.

BEN Julin cashed in against his former club with 75 after CATS were sent into bat by Glengarry.

CATS slumped to 3/11 early before a show of defiance by Julin against his premiership comrades saw his side out of trouble.

Callum Stewart chipped in with 25 as CATS reached 9/152 and declared with seven overs left in the day.

In a nervous half hour Glengarry could scarcely have fared any worse losing 4/9 and is in big trouble heading into day two.

CHURCHILL took day one honours by grinding away all day to make 9/222 batting first against Imperials.

The star for the Cobras was number nine batsmen Steve Warr who top scored with 53*.

Imperials’ bowling unit battled hard with Mitch Goodwin 4/42 and Nick Scammell 4/56 the pick of the bunch.

CENTRALS wrapped up first innings points in brutal fashion after carving Traralgon West to all parts of the ground in a hurricane force 26 overs to end day one.

Centrals captain Corey Pollard’s shrewd tactical move to send Traralgon West into bat paid off handsomely as the Eagles collapsed to be all out for 92 in 54 overs.

The Centrals bowlers had a great day with Jamie Dewell taking 5/28 and Corey Petersen 2/5.

With 26 overs left in the day Centrals came out swinging for the fences.

Taking centre stage was Rawson who proceeded to smash, bash and crash his way to a whirlwind 139 not out as the hapless West bowlers ducked for cover.

Losing Chris Dunn run out for two was just a blip on the radar, while Dewell capped off a great day with 66.

TOONGABBIE endured a torrid day one against Raiders in which the Rams were bowled out for a paltry 60 off 40 overs.

The stars for the visitors were captain Brad Knowles with 4/8 and Dave Embleton 3/22.

The Rams started much better in the second innings and reached stumps 0/29, still needing to bat out day two to avoid an outright loss.

GORMANDALE batted first against Rovers and opened up with a one day game mentality as Brad Wadlan and Barney Webber raced to 80 runs off the first 11 overs.

With the score blowing out the spinners were introduced, but had little effect as 109 was broached before Wadlan was dismissed for 66.

Webber was in great touch scoring 76, while star batsmen Kent Hammond started the year in superb form, top scoring with 80.

Will Cheatley belted 40 as the Tigers looked for a declaration and were dismissed for 303 off 52 overs.

Fazz Hasan bowled his heart out to finish with 6/84 off 22 overs.

Rovers started the chase well, putting on 63 before Nilantha Thillekarathna was brilliantly run out from the boundary by Al Jenkin.

This started a mini collapse as a defiant Simon Duff was bowled for 41.