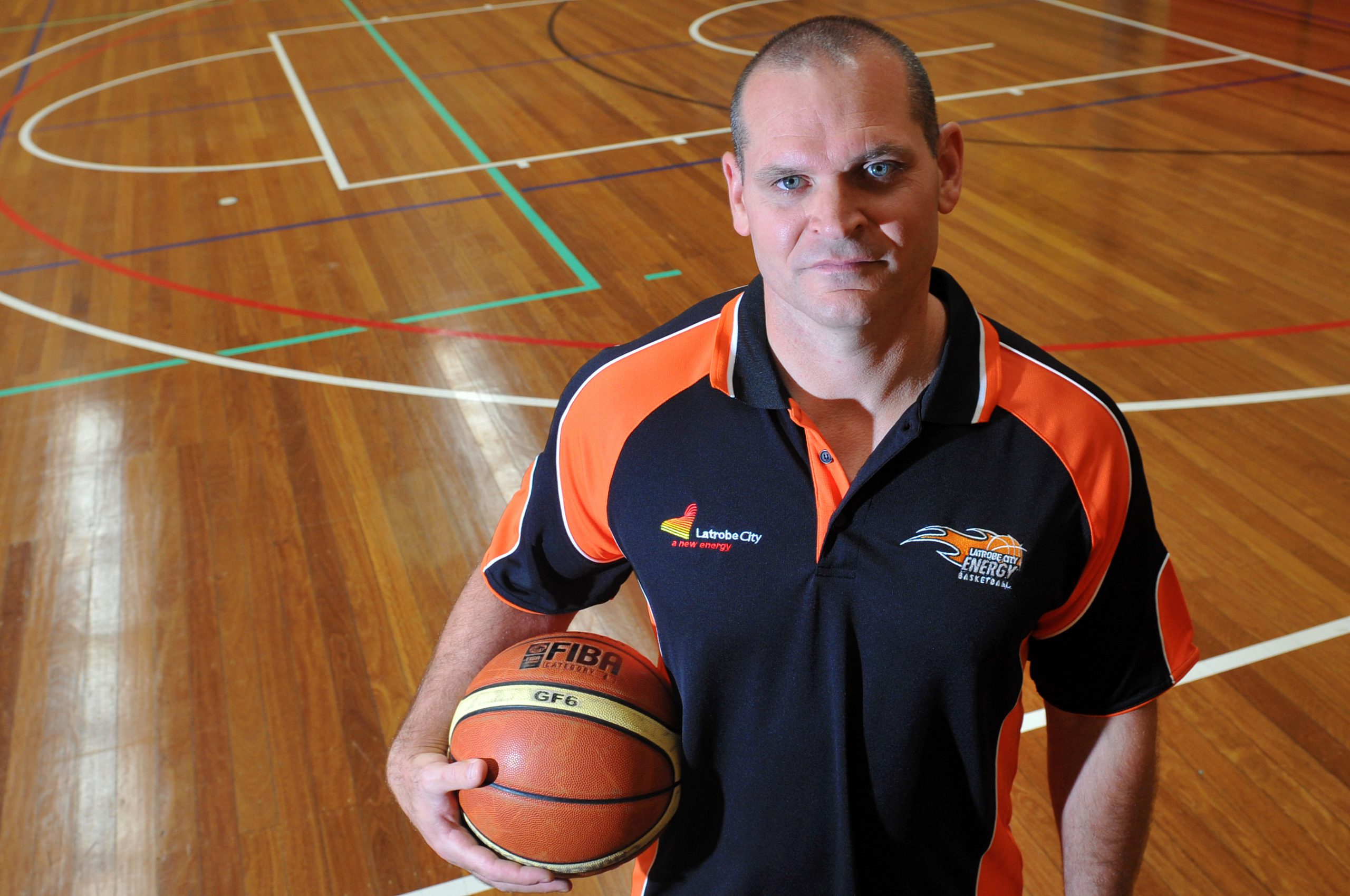 THE man tasked with replacing Latrobe City Energy’s first division one premiership winner Les Stothard has a challenge ahead, but Jason Sutherland resolutely declares he’s up to the task.

The former Gippsland Pacers point guard has been appointed senior men’s coach for the next two years and will lead a side which has contested the past two BigV division one grand final series.

It’s an enviable inheritance on paper, but there are gaping holes to be filled.

Energy has lost the services of not only its first championship coach, but its three leading scorers have also moved on.

Latrobe City legend Jordan Canovan, Sale sharpshooter Billy Hughes and United States import Terrance Beasley will not suit up for the Orange Nation next season in a big blow to the roster.

Sutherland has taken it in his stride, with a view that where one door closes, another opens for the likes of young talents of Ben Barlow, Jack Sheedy, Seb Fontaine or anyone else hungry enough to fill their shoes.

“It provides an opportunity for kids coming through. There were guys that didn’t get a whole lot of court time,” Sutherland said.

“It’s up to these kids now to get their opportunity to step up and show what they can do.

“Losing your three top scorers, it’s going to be challenging, but I think especially with the strength of the CBL competition there’s enough here to at least push for the playoffs for sure.”

Sutherland is no stranger to success in Latrobe City colours.

He played in the Pacers’ solitary SEABL campaign and finished runner-up to Warrnambool in consecutive VBL seasons in 1997-98.

After leaving the Pacers in ’99 Sutherland played a season of QBL in Queensland and returned to Gippsland in 2004 where he pursued Aussie Rules for the next eight years.

He won a flag at Churchill in 2008, returning to basketball when his children took an interest in the sport, and has held various coaching and executive roles at Churchill Basketball Association for the past three years.

Watching the club closely from the outside Sutherland has seen things moving in the right direction since the Pacers days, and felt it was rapidly accelerating.

“I think it has changed a lot, the last couple of years, especially with the success, it’s getting back to where it (should be),” he said.

“I’ve been to a lot of junior tournaments… everyone’s talking about going to watch the Energy.

“Crowds were up last year and it’s a place people want to be and want to go and see now.

“It’s been fantastic, Les has achieved a lot. It’s challenging to come in after someone like that but I think I’m up to the challenge.

“The team will go through some changes with structures and setups, but hopefully they can take it on board and continue to move forward.”

Having coached at junior development level, the 38 year-old was looking forward to working with already established players in his first senior assignment.

He described the evolution from point guard to coach as a natural progression and was keen to bring his playing values to the coaching role.

“I’m looking to come in and probably bring what I was as a player. I brought a lot of intensity; being a point guard you’re an on court leader, you’re an extension of the head coach, so coming in and leading is kind of… natural,” he said.

“The different challenges are you don’t need to be teaching these players skills, it’s more about giving them opportunities to do their best on the court and make sure… everyone gets their share.

“It’s more about having systems in place than running through drills. You don’t need to teach them to dribble and catch, it’s putting them in places they can get the best out of themselves.”

Energy director of coaching Andrew Harlow said the club wanted to source a coach with prior experience within the organisation and a record of success, and Sutherland fit the bill.

After the club’s application for promotion to state championship level was rejected, Harlow said success was the best way to prove Energy’s credentials and believed Sutherland could continue to guide that process.

“I’d like to thank Les for his contribution to the club, I think he’s been a great ambassador for the club,” Harlow said.

“We’ve given someone else an opportunity who I think is going to be a fantastic coach… a little bit of fresh air is always great.

“Our point of view now is to make sure the seniors continue on to be as successful as they can be (as we look to return to state championship level).

“We’ll keep knocking on their door… we’ll break it down.”

The BigV season is slated to begin in March/April 2016.