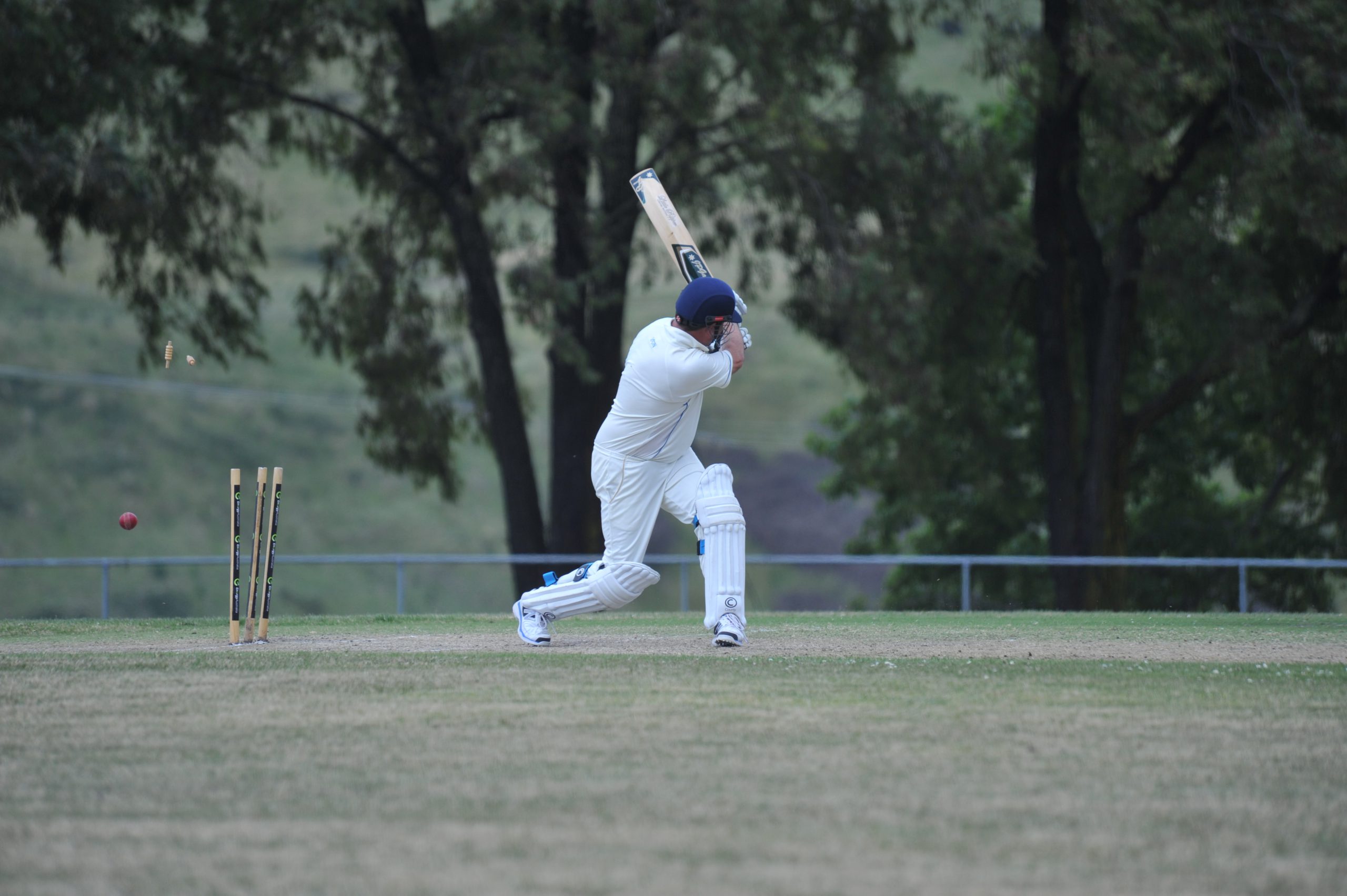 LATROBE endured a heartbreaking one-run loss against Morwell despite Justin Vajler’s defiant 64, which proved not quite enough to get the Sharks over the line.

Latrobe’s longest-serving first grade player marked his retirement reversal with a fabulous half-century in a 67-run stand with Matt Brewer, who was promoted to open in the chase of 279.

Chris Johnson shifted up to first-drop and stroked an important 43 in a fiery innings, during which the combative fast bowler had an altercation with Tigers’ spinner Riyaz Pathan which saw both players receive an official sanction from the umpires.

Johnson partnered up with young gun Will Kennedy to add 73 before a mix-up saw the Sharks coach run out by Glenn Bone.

Kennedy did his best to redeem himself with an excellent 49, before hitting a half chance to Jackson Beani who made good ground to take the catch.

Danger man Anthony Bloomfield compiled 33 but every time the Sharks cobbled together a partnership the Tigers broke through with a wicket.

At 5/239 with 22 overs remaining Latrobe looked the goods until Morwell skipper Rory Hare made the last roll of dice by bringing himself on to bowl.

This move had proved costly in previous matches but proved decisive here as he ran through the tail, claiming 4/37 and instigating a collapse.

Hayden Kimpton did his best to marshal the lower order, but when tailender Brendan Evans was caught by Mark Cukier off Hare, Morwell breathed a huge sigh of relief as they won by the slimmest of margins.

CHASING 231 against a youthful but determined Moe line-up, Yallourn North got off to the worst possible start when Josh Keyhoe was clean bowled by the first ball of the day.

Nick Clarke was the man of the moment for Moe and carried on after that wicket to finish up with 4/56.

He also claimed club coach Patrick Spiteri for a duck which was a huge blow for the home side.

Tyler Brown was promoted to open in the absence of regular top-order bat Aidan Vesty, and knuckled down for 13 before he was adjudged lbw to Clarke.

Second grade captain Stuart Anderson was drafted in to fill a gap at first-drop and responded valiantly with 59, with Spiteri opting to shift Calum Polo down to number six, a move that paid off as the wicketkeeper found some much-needed form with 32 alongside Evan Sheekey who played well for his 38.

The loss of Keyhoe and Spiteri proved too much to come back from for the Bombers as they were eventually all out for 179.

Robert Blunt supported Clarke well with 3/39, while Kayne O’Connell, Andrew Philip and Aaron Walshe all snagged a wicket each.

RUNNING down 261 against Mirboo North was always going to be a tough ask but Jeeralang-Boolarra fought hard to post 204, with the inability to build major partnerships costing them a chance at victory.

Stands of 77 between Dermott Leys and Craig Blackberry and 53 between brothers Luke and Ben Heath were surrounded by wickets falling in clusters, as the Panthers collapsed at two separate stages.

Sitting pretty at 3/105, Rob Phoenix removed Ben Heath before Josh Taylor ripped through with 4/46 to reduce the batting side to 7/110.

The big-hitting Leys smashed 51 for the visitors but his dismissal saw the Panthers lose 3/17 to be all out in the 77th over.

Josh Taylor’s excellent spell tore the heart out of Jeeralang-Boolarra’s middle order, and the paceman was ably backed up by fellow seamer Liam Smit who picked up 3/51, while spinners Phoenix and Dale Banks each snagged a wicket.

With 12 overs remaining in the day Mirboo North reached 0/50, snaring valuable bonus points in the process as Adam Mates (24*) continued his run of good form alongside Damien Turner, subbed in for his first top-flight match of the season.

Anthony Faltum was the only bat to stand up and be counted for the visitors; his fighting 25 was the top score in the total of 9/94 and spared the Bulldogs’ blushes.

The visitors claimed a pair of early wickets before a mammoth 140 run partnership between Capp (34) and Tim Cranwell, who punished his former club with a towering 128.

THORPDALE snagged a rare win after bundling St Vincents out for 153.

Travis Pickering snagged four wickets for the Blues to shift the contest in their favour.

Zayne Dowdell battled hard for 53 but too many Saints batsmen wasted starts.

Shannon Pickering helped the chase with 45 but it was Pat Spinazzola with 77* who made sure of the points.

Gooden battled hard for 24 in the Bombers’ reply but had to retire hurt and the visitors tumbled to be all out for 64 with only two bats reaching double figures as Rob Semmler bagged 5/24.

TRAFALGAR was indebted to the first grade bye as John Assmussen (43) helped the Ships reach 8/137 before Liam Durkin took three wickets to roll Moe for 110.

Alan Philip battled hard for his unbeaten 38 but only three batsmen made it past nine.

The Panthers were then blasted out for 74 in 32 overs thanks to a five wicket haul from Andrew Soplakow.