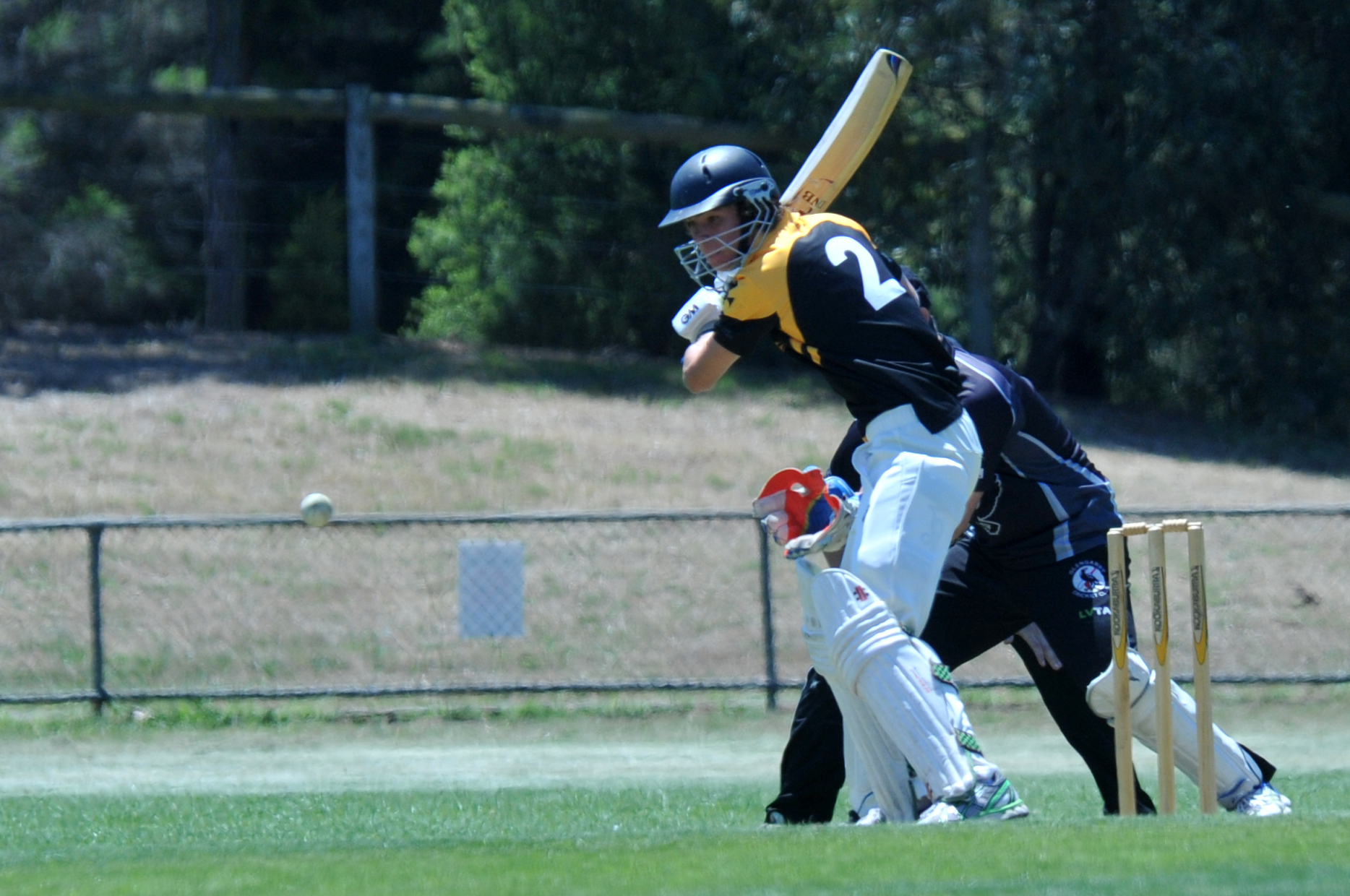 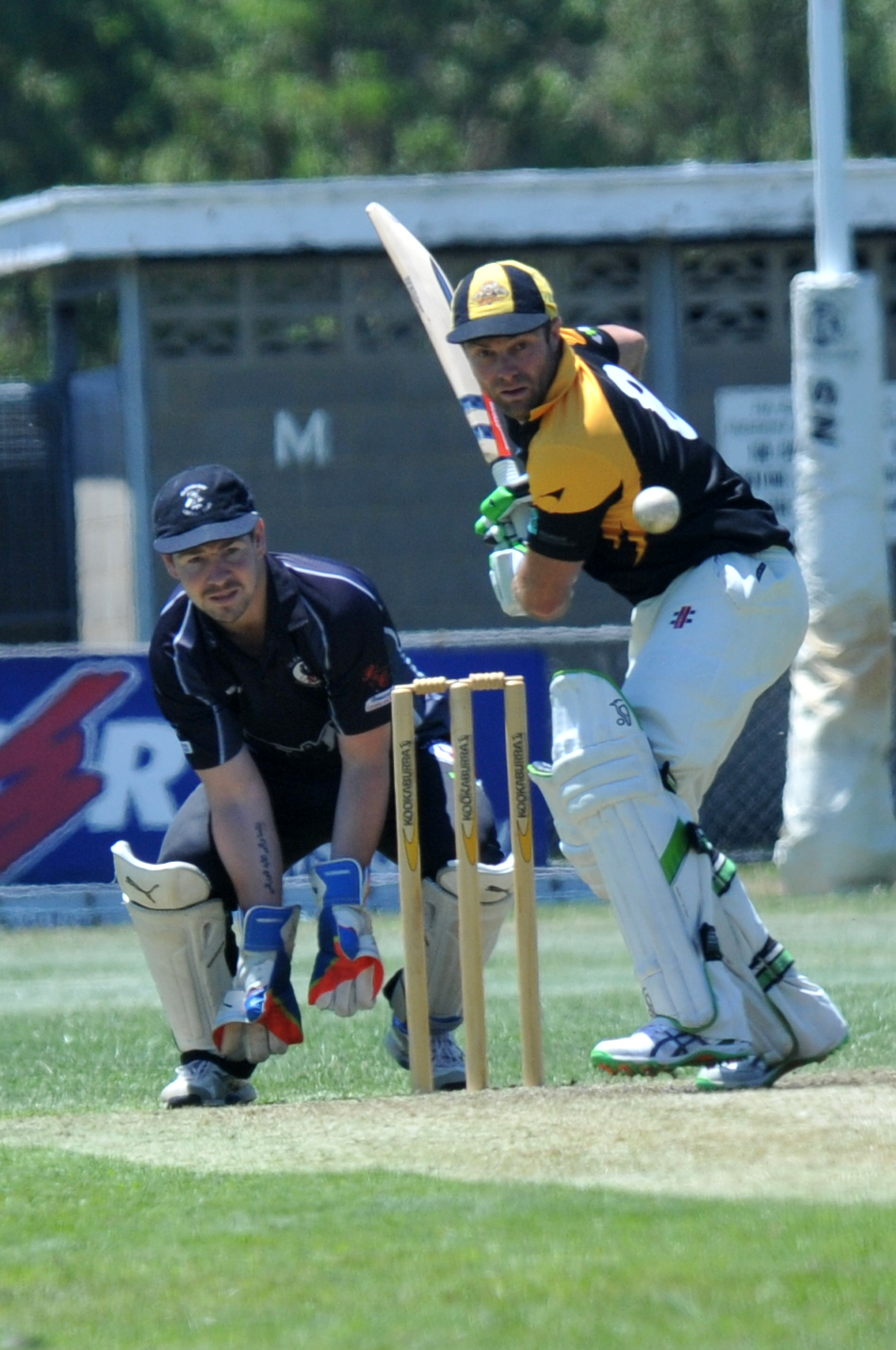 THE return of Traralgon and district cricket offered up a smorgasbord of one day action, but the main course came in B grade where Ex Students Adam Jaensch smashed an incredible 197 not out to finish just shy of a double ton.

In A grade action Centrals snatched back fourth spot on the ladder with a solid win against Imperials.

CATS won the toss and batted only to be dismissed for a meagre 108 in the match of the round against Ex Students.

Dan Nicholls (24) and Callum Stewart (21) were the only players to get starts as CATS’ batting woes continued.

Sensing an easy victory Ex Students were put to an unexpected test as they slumped to 7/50 and then 8/76.

Some cool-headed batting from Michael Stockdale (22*) and Andy Mathews (25*) at the Sharks home in a thriller.

In his 200th senior game Gormandale skipper Shaun Barbour won the toss against Glengarry and chose to bat in a move which paid handsome dividends.

Justin Little was best with the ball for the Magpies with 3/41, while Frank Marks and Richard Watson took two wickets each.

The defending premier started its reply poorly when Sam Marks was out for four but from then Frank Marks and Hayden Ross-Schultz took over.

Frank was in top form as he careered to 50 off 37 balls, walloping some powerful boundaries in the process.

After a 90 run partnership Marks was dismissed for a brilliant 76.

Ben Marks chipped in with 23, but the key wicket of Ross-Schultz for 51 left Glengarry with work to do at 6/176.

Another 35 runs from six overs was too much for the Magpies’ tail and they were dismissed for 199 in the 44th over.

IMPERIALS surprisingly sent Centrals into bat and gained the early ascendancy by taking the first three wickets for 20.

Centrals slowly fought back and leading run scorer Mark Rawson was at it again with a controlled 73.

Chasing 220 was always going to be tough for Imperials and it proved too many in the end.

Brett Chapman was the shining light with 60, followed by Daniel Hamilton’s 37, while Joel Randall (22) and Nick Scammell 21* fought hard at the end to reach 9/176.

Jamie Dewell nabbed three wickets to be best for Centrals.

Churchill batted first but could only manage a middling 130 against Toongabbie.

Toongabbie had no trouble reaching the target after an opening stand of 69 between Tim Dunn (34) and top scorer Jason Veneman 50.

Josh Sandy continued his good season with 43 as the Rams closed the day out at 9//202.

Best bowler for Churchill was Riley Flanigan with three wickets.

ROVERS were able to combat the explosive Brad Knowles batting first as they reached 49 without loss, with Peter Ingwersen (31) and Simon Duff (19) showing great resilience.

From then it was all Raiders as Rovers dipped to be all out for 114 in the 34th with Anthony Wilkes 19*.

Raiders had no trouble in the chase as Mick Higgins top scored with 59* and Matt Dyke compiled 25, allowing Raiders to declare at 4/119 after 27 overs.