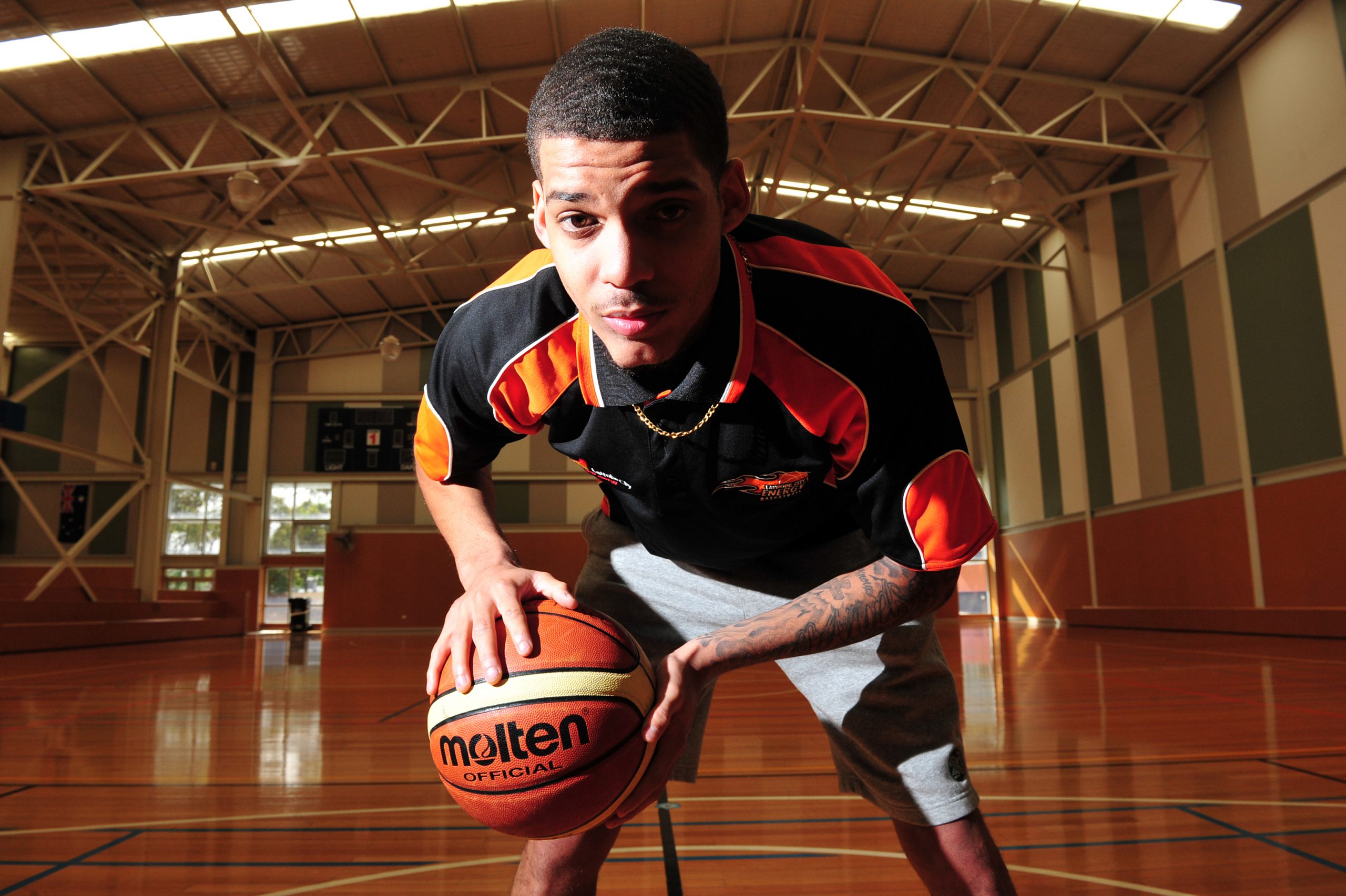 THE initials JC have been up in lights at Latrobe City Energy this decade and the new-look BigV division one side is hoping the tradition continues in 2016.

For once it won’t be the talismanic Jordan Canovan putting them there, but United States import Jordan Coleman plans on keeping the legacy alive.

With the loss of Canovan to state one side Eltham, amid a host of big-name departures, the 23 year-old North Hollywood native is out to cement his own star in the black and orange as one of two imports for the rebuilding men’s side.

Fittingly, the man passing the torch had a key role in scouting the 195 centimetre guard after hearing about him from a contact who met Coleman by chance at LAX and watched him trial in Toronto, Canada.

“I got noticed by a former player here, Jordan Canovan, he put me in contact with coach (Jason Sutherland) and it just went from there,” Coleman said.

Coleman graduated from Valparaiso University in 2014, where he played for the Crusaders in the NCAA division one competition.

The versatile guard averaged 8.1 points and 3.8 rebounds per game, and played an average of 20.9 minutes in his final NCAA season.

After missing most of 2015 through injury while playing in Canada, Coleman is itching to get back out on the court and make an impact with back-to-back grand finalist Energy.

“I’m just ready to play, it’s been a little while since I’ve played in a real game, I’ve been working out a lot but nothing compares to an actual game,” Coleman said.

“Definitely a goal as a team is to win a championship; if you’re not trying to do that there’s no point in being here.

“I know they have a great tradition out here. Personally I’m just going to try and do the best I can, if we’re winning the championship I’m probably doing something right.”

After arriving in Australia last Thursday, Coleman has plenty of time to settle in and adjust to the style of play he’ll be facing in the BigV prior to next month’s season start.

Already studying game footage and training with the side, the new signing, who was among the highest rated high school prospects in California during his senior year, is confident he can hit the ground running.

“Just from what (Sutherland) has been telling me and what I can see, as far as my game, I’ll probably be more athletic than a lot of guys and I think I’m a versatile player; if I can get in the lane I can kick out to my teammates or create for myself, so that should be an advantage for us,” Coleman said.

“I feel I’m a versatile guard, I’m athletic, I can shoot so I feel I do a little bit of everything.”

With seven departures from last year’s senior side and only three returning players, Energy is a different unit to that which achieved success in recent years.

The group will be reinvigorated by the return of 2014 championship player Michael Bridgman, along with the signing of Kilsyth Cobras big Steve O’Brien, Sale’s Marcus Cope and Warragul’s Tom and James Portbury.

Coleman sees the changing of the guard as an opportunity rather than a blow as he looks to make a name for himself in Australia.

“I definitely like how new everything is; me being a rookie it’s cool coming into a team where there’s a lot of turnover, a new coach, we can pretty much all learn together,” he said.

“This is a great opportunity for me; hopefully I can get to the top league; NBL looks great so I’d love to do that.”

Coleman will be joined by second import Raheem Lemons next month after the club received approval to field dual internationals for the first time under the Energy banner.

Head coach Sutherland said the double signing was a huge coup as the club attempted to continue its push toward state championship level with a revamped roster.

“We’ve been tagged as underdogs because we’ve lost so many guys and lost a lot of experience,” Sutherland said.

“I really went after two young guys (as imports), they’re both 23 and they’re hungry to go places; they’re not just here to stop and have a look at the country.

“They’re here to prove themselves and to go further and that’s what you need in an import.

“(Raheem) is a guy who plays inside which should complement Jordan being an outside player which makes it tough to guard both of them.”

“(I like) his leadership, his versatility, he can play different spots, he’s athletic, quick so it’s going to be very hard for teams to guard him,” Sutherland said.

“At 6’5, he can play the one, two and three spot, making him a difficult player to guard.”

Coleman will be involved in junior training clinics for the next two weekends, taking in Lakes Entrance, Bairnsdale, Wonthaggi and Churchill.

The clinics are open to all juniors.

For more information contact your local association or phone Jason Sutherland on 0481 358 158.