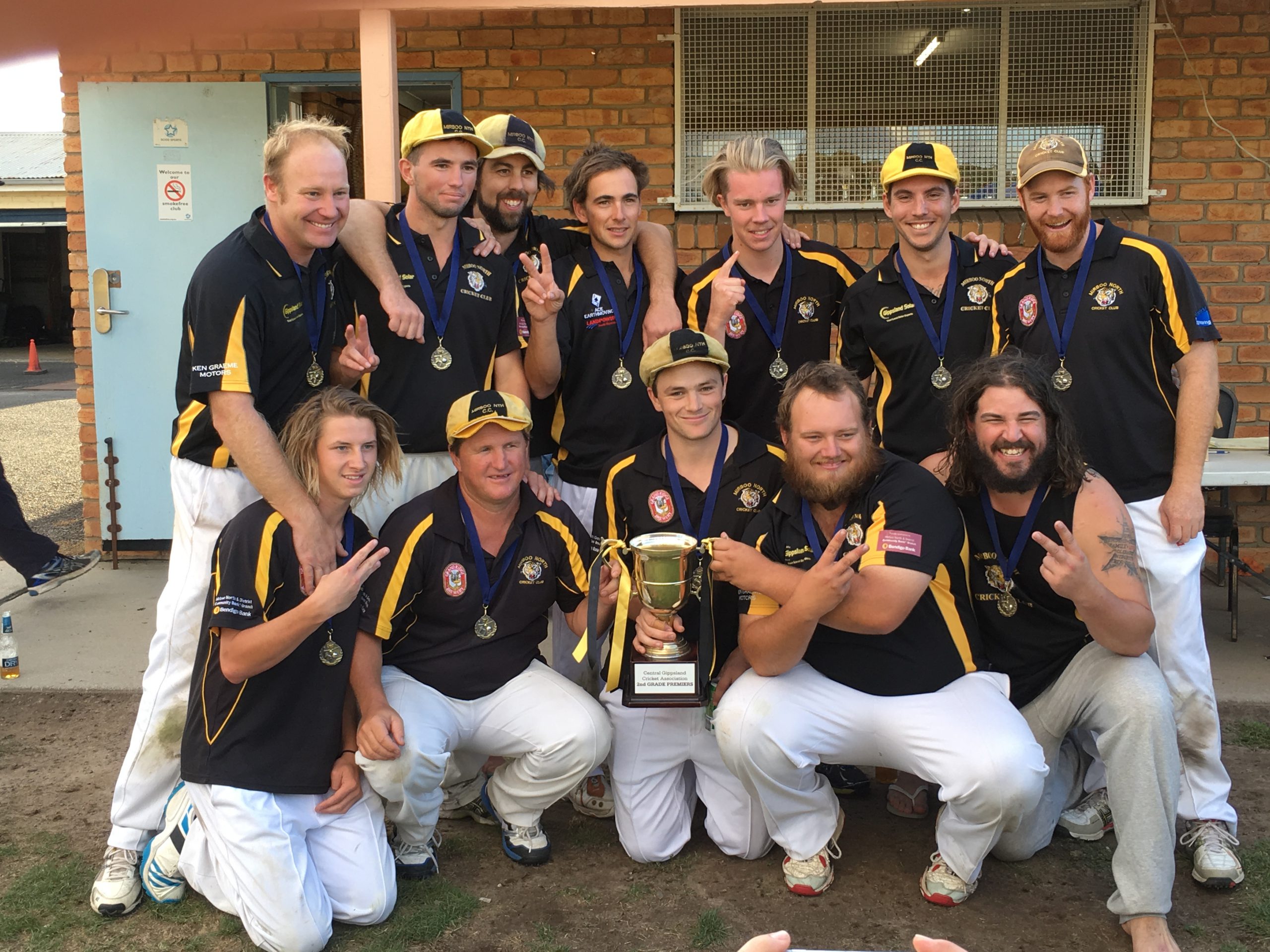 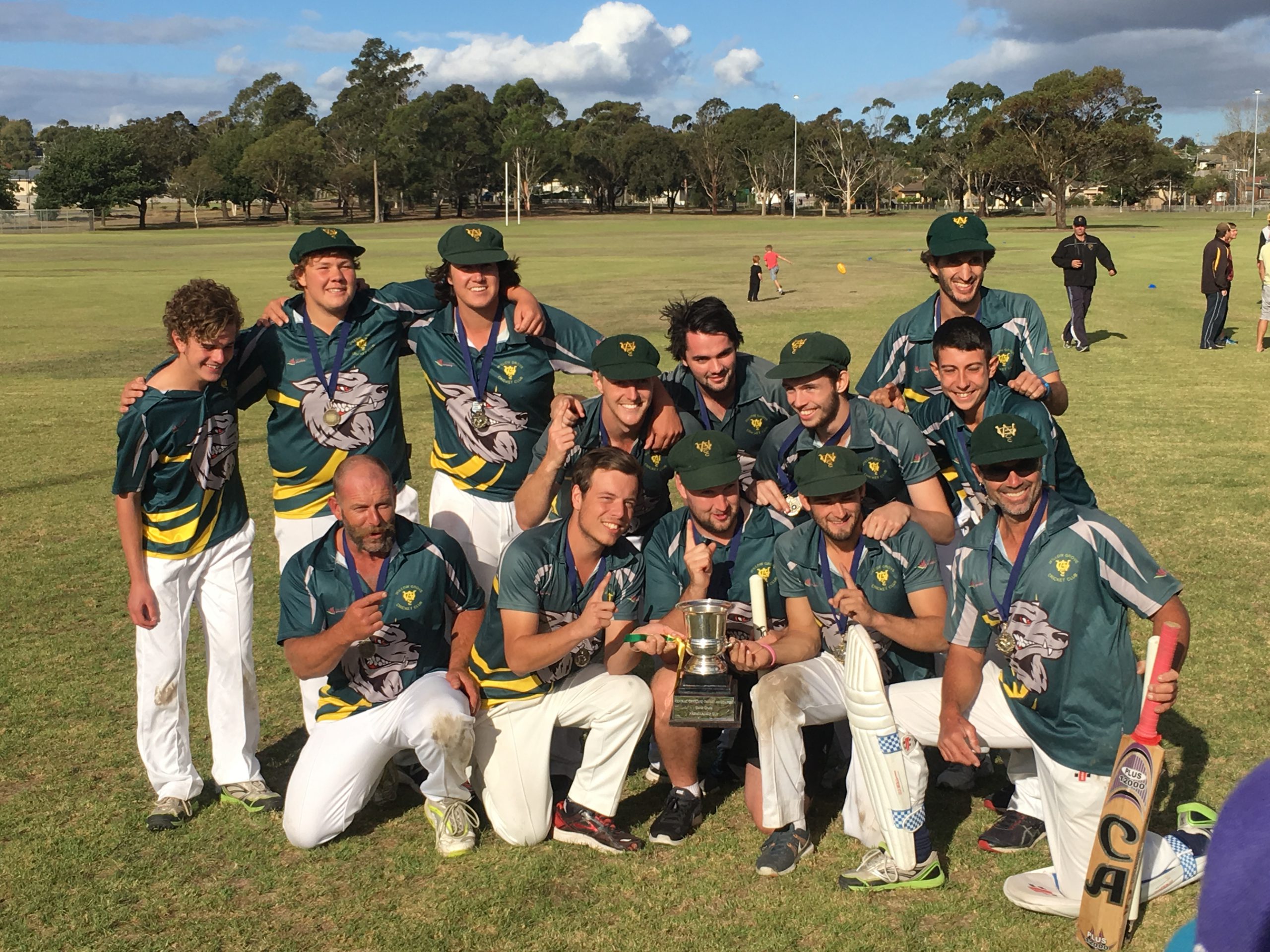 A one-hour delay at the start of play due to adverse weather conditions did not discourage Morwell captain Martin Giddens, who opted to bat first on winning the toss.

Confidence in the batting line-up looked a good move as Morwell cruised to 61 without loss before Mirboo North captain Andrew Soplakow threw the ball to Jarrod Speed.

Speed broke through Rob Semmler’s defences to remove him for 30 and Jacob Blair then had Sam Mooney caught for the same score.

Kris Fortuin and Gavin Bailey began to repair the damage but Bailey’s demise at the hands of Soplakow opened the floodgates.

The rest of the Morwell card failed to reach double figures as Speed (3/18) and Damien Turner (4/10) scythed through the lower order.

Turner was the surprise sensation, having taken just six wickets before the final, yet Morwell had no answer for him as the left-armer ripped the heart out of the middle order.

All out for just 108, Morwell had lost a staggering 8/26 and needed early wickets to stay in the hunt.

Brendan Van Heurck and Justin Blair put on 42 for the opening stand, the former dishing out some big hits down the ground, before Giddens introduced the pair of Brent Reside and Rob Semmler to the crease, triggering a collapse of 4/7.

At 4/49 Mirboo North needed a steady hand to calm the storm and the call was answered by Speed and Turner who teamed up for a 33 run partnership which took the score to 82.

Both batsmen fell to catches but by the time of Turner’s dismissal for 27, just 12 more runs were needed.

Ben Williams and Jacob Blair ground out the remaining runs as Mirboo North won with more than a dozen overs to spare.

Reside (2/20) and Semmler (2/27) bowled well for Morwell but a lack of runs on the board hampered their effectiveness.

Turner was awarded the Anthony Bloomfield Medal as the man of the match for his 4/10 and 27.

THREE years of heartache came to an end for Willow Grove when Ben Noy hit the winning runs to the rope to bury Mirboo North in the third grade grand final at Maryvale Reserve.

The third grade decider was the only CGCA game to start on time and Mirboo North’s Chris Anders won the toss and chose to bat first.

The innings started well and the loss of Matt Snell early did not disrupt the Tigers’ rhythm as Anders and Fred Couper added 79 for the second wicket.

Willow Grove captain Brody Hams threw the ball to Alex Pearman who sparked some magic, starting with Couper caught in the gully by Colin Marks and two balls later dismissed Jesse Buxton for a duck.

Anders and new batsman Declan Allen were involved in a horrendous mix-up that saw the latter run out by several metres for one, and when Pearman had Anders caught at point for a fighting 54, the Grove was back in the groove.

David Calder and Paul Banks came and went without scoring, while Andrew McCarthy and Matt Allan tried to hit their way out of trouble but Willow Grove was on a roll.

Nathan Perkins ran out last batsman Rohan Hughes for a duck to add to his haul of 2/34, while Pearman finished with excellent figures of 4/22 as Mirboo North lost a staggering 9/25 to collapse from 1/110 to 135 all out.

Willow Grove had fallen at the final hurdle twice before this and Hams was determined to not let history repeat itself, adding 37 for the first wicket with Justin Rea before being caught behind off McCarthy.

Rea battled on for his 30 before McCarthy turned catcher for Calder.

When Adam James and Jack Brown both fell to Calder in quick succession it looked like there could still be a twist in the tale.

Noy and Nathan Perkins dug in and got set before taking advantage of some loose bowling to take the Wolves to the brink of victory before Perkins was caught by Buxton.

Noy took the scores level before hammering a boundary to win the match and end three years of misery.

David Calder (4/48) picked up wickets but was expensive and Mirboo North suffered for posting a low total as the winning runs came with 13.3 overs remaining in the innings.

Alex Pearman picked up the Wayne Mills Medal for his game-changing 4/22 that reignited the contest and dragged the Wolves back into the ascendancy.