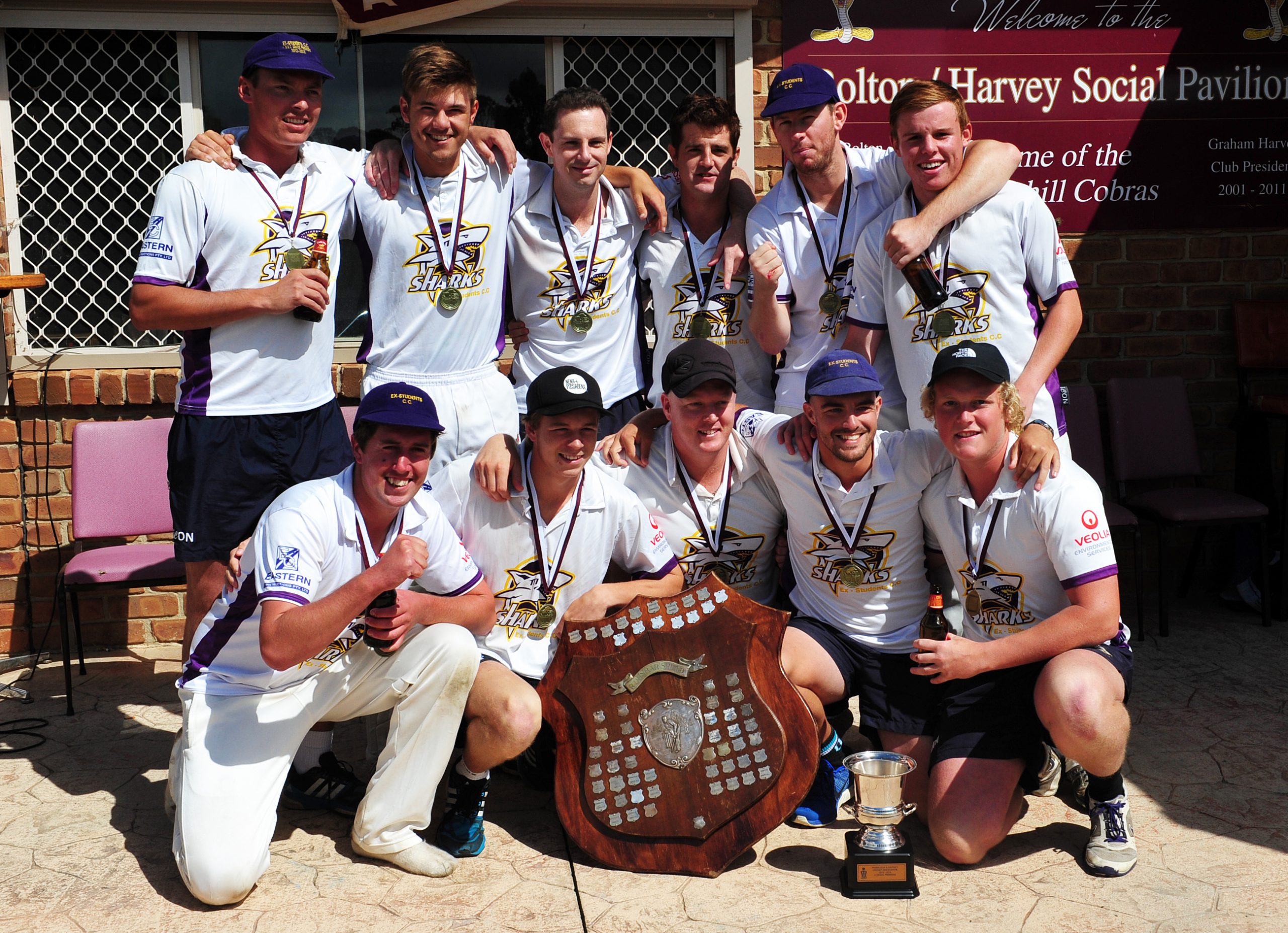 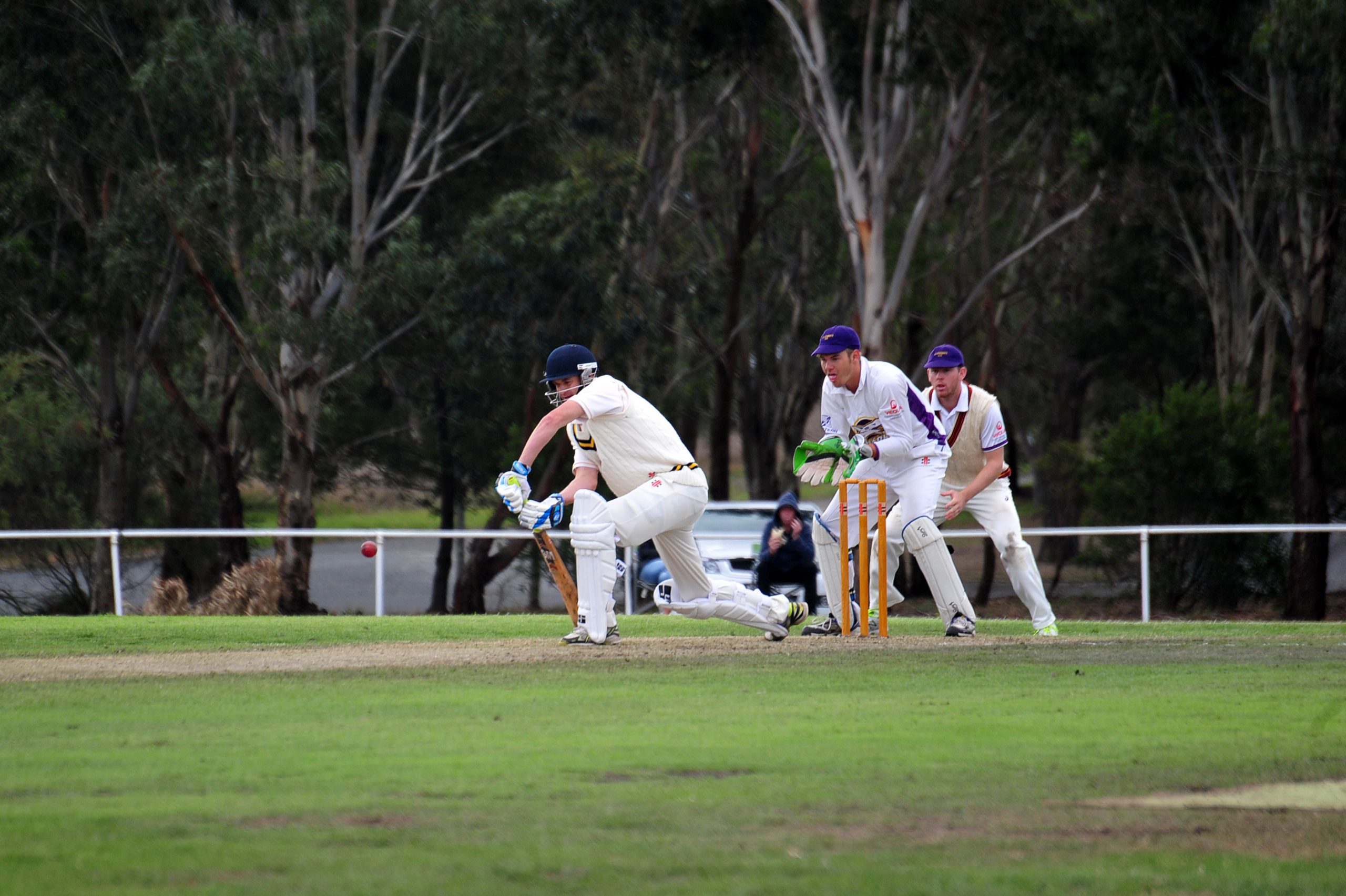 EX Students’ A grade side capped off a perfect weekend for the club at Andrews Park, Churchill yesterday as the Sharks romped to an historic Traralgon and District Cricket Association premiership hat-trick.

A 10 wicket victory over Gormandale in A grade shored up flags across all three senior grades for a record third time, 20 years since first achieving the feat.

Greg Munro (76 not out) and man of the final Jimmy Pryde (33 not out) cruised to the target of 114 in yesterday’s first session to claim an emphatic victory and the Sharks’ second flag from four consecutive grand final appearances.

Ex Students skipper Michael Warne said the triumph could scarcely have been sweeter.

“To be none down chasing a small total is unbelievable, the way Greg Munro and Jimmy Pryde batted was sensational but it was set up by the boys on Saturday,” Warne said.

“That’s what we’ve done well through the year (bowled well as a unit). Our batting’s been a little bit up and down… but our fielding and bowling has been consistent.

“The last couple of months we’ve proven we are a team, we’re a tight-knit group and we do everything we can for each other and that’s what got us over the line.”

The clean sweep of TDCA silverware was the Sharks’ second all-conquering season this decade and followed on from the 2012/13 triple-crown.

“We had a past players reunion for the (first) hat-trick two weeks ago and started talking about it. We knew all grades were in finals and we thought ‘can we’? You always push for it but it’s a bit of a fairytale,” Warne said.

“We’ve done it twice in four years which is a massive effort; the club works hard on and off the field.”

The captain said the result was indicative of a group greater than the sum of its parts.

“It’s been a team effort a lot of the time; we didn’t have a player in the TDCA team of the year, but we’ve won the final and we’ve won it easy.

It shows you that guys are willing to dig in and work, it’s not about (individual) trophies it’s about doing what you can for your teammates to win a premiership.”

The final was off to a dramatic start when play was delayed for two hours on Saturday after a savage storm blew the covers off at Churchill early Friday morning.

Sensing a chance to take advantage of the conditions, Warne sent Gormandale into bat first.

The Tigers got off to a steady start of 20 before Barney Webber went LBW for 13.

It was all downhill from there as the Sharks’ attack smelled blood in the water.

Al Jenkin was out for seven, Kade Joske went to a blinding catch by Rick Battista for nine, the key wicket of Brad Wadlan cost just five, Kent Hammond made a duck and Rob Darby was dismissed for three.

In a rearguard effort Will Cheatley added 21 with Conner Little before he went for 14.

Travis Switzer was hoping for a miracle but after a partnership of 37 with Little he departed for a top score of 29.

Shaun Barbour (nine) and Adam Brady (one) rounded out the Tigers’ paltry total of 115.

Little was defiant and showed great character to remain 18 not out.

Ex Students’ bowling was ruthless; Rob Voss sent down 18 overs to claim 2/26, Andy Mathews picked up 2/40, Kade Duncan made his mark with 2/12 and the star of the show was Pryde, whose 3/11 included the prize wickets of Wadlan and Hammond.

With 22 overs to bat on day one, the Sharks’ opening pair set up victory overnight with an impressive unbroken stand of 52.

Munro (38*) and Pryde (9*) finished day one on top and started day two exactly the same way as the Sharks, with the crowd right behind them, reeled in the 63 runs required in a breeze.

Munro showed all his class to dominate the potent Gormandale bowling attack with a magnificent 76*.

Pryde wrote his name into the record books and silenced the critics with 33* to go with his 3/11 to claim the Laurie Blake Memorial medal for man of the match.

GCL Under 18 player of the year: Justin Little

GCL Under 16 player of the year: Ewan Williams

JCW Under 15 Player of the week: Ewan Williams

JCW Under 14 Player of the week: Liam Little