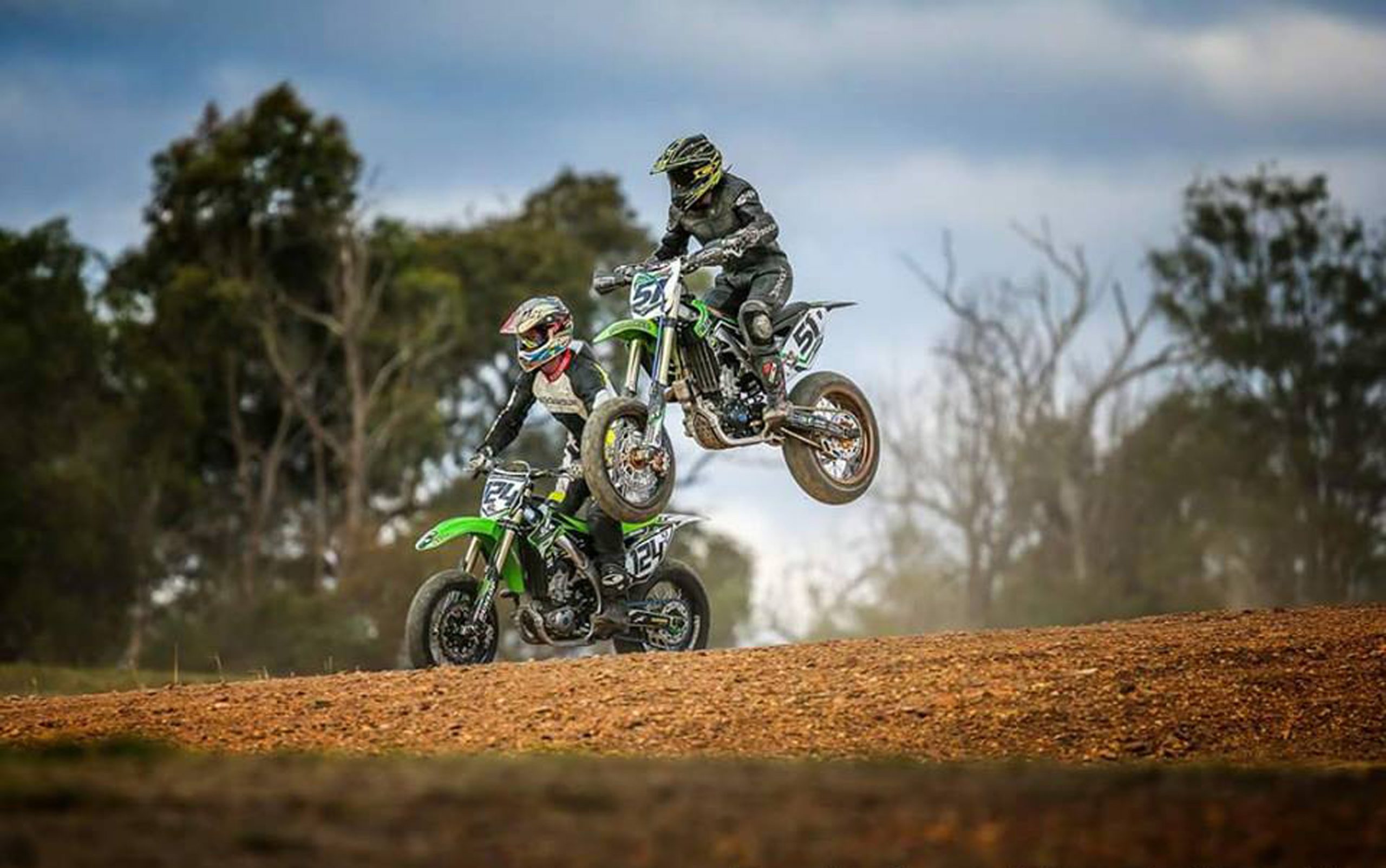 TRARALGON’s Lahrra Cloak zoomed to an overall victory in the open class at the 2016 Victorian Supermoto Championships at Broadford’s State Motorcycle Sports Complex this month.

Cloak finished with a win and a second place in the male-dominated Supermoto event, which alternates between a bitumen road and a dirt track.

The former motocross rider qualified fifth on the grid in the field of 15 then stepped it up on race day.

“In the first race, I was fourth overall and second in the open class.

“On Sunday, our first race was a little bit up and down as a few people missed the grid at the start.

“We did the race and I won that one but they scrapped the points because some people missed the start.”

Lahrra clocked an impressive 1.10.957 on her Kawasaki KXF 470 on lap five in race one on Saturday.

“In the second race on Sunday, I was fourth overall again but first in my class so I ended up with equal points with Brad Condor going into the next round so I won it overall,” Cloak said.

“We don’t get to do much Motards and haven’t ridden since the last round of the Victorian Supermoto Championships last year so it’s good to get back on the bike.”

Cloak competed in the Australian Supermoto Championships in June 2015 and finished fifth.

She also finished in an impressive second in the S1 class at the Victorian Supermoto Championships last November.

“I hope to try and stay on top for the rest of the championship and show the boys how it’s done. I like racing with the boys, it’s really good. They definitely make you work for it,” she said.

Round two of the 2016 Victorian Supermoto Championships takes place at Broadford’s State Motorcycle Sports Complex on 24 and 25 September.

For more information on Supermoto in Victoria visit www.motorcyclingvic.com.au/supermoto