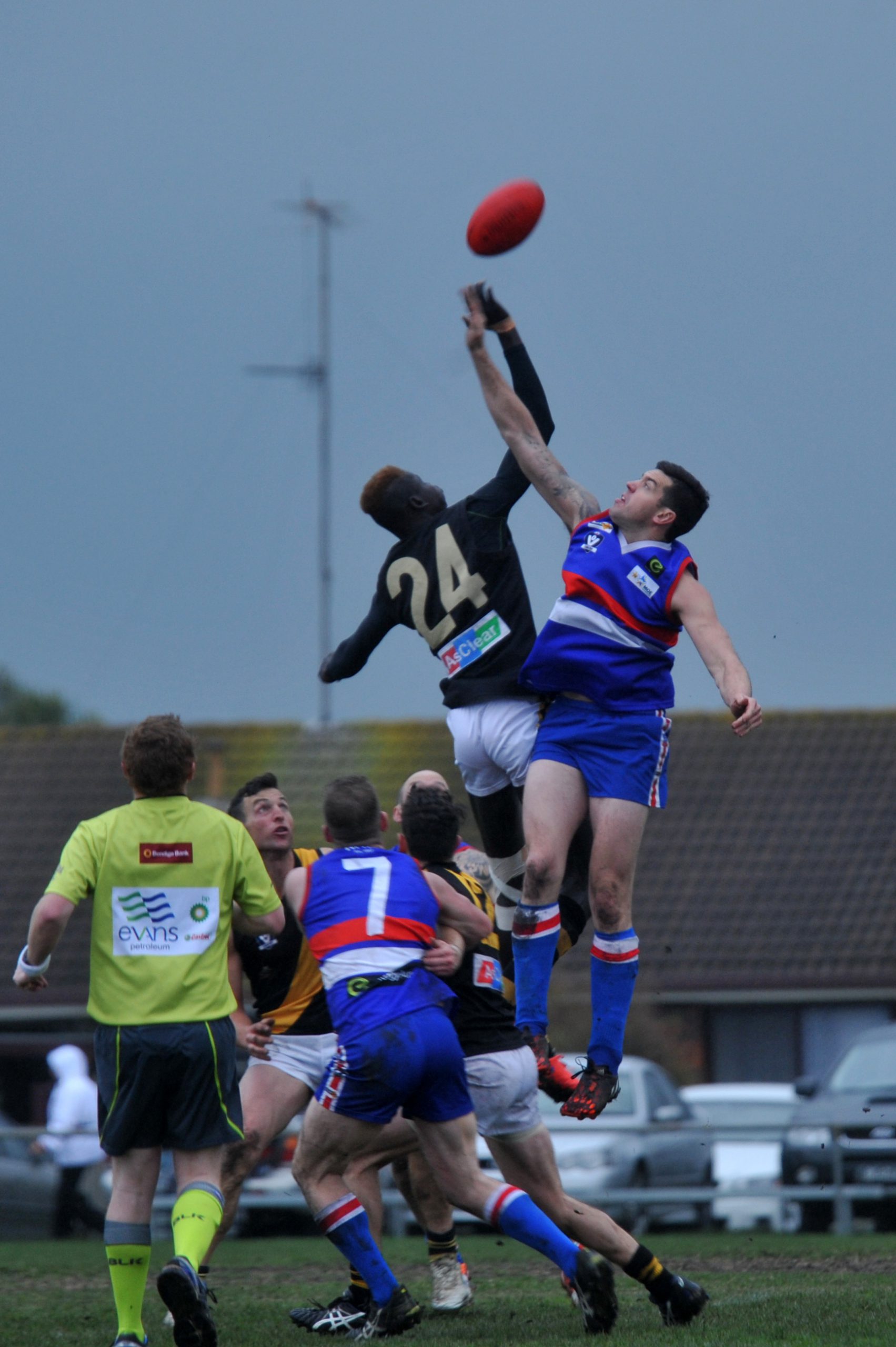 THE highlight of the Mid Gippsland Football League’s third round is the Newborough versus Mirboo North clash for the coveted Ron Skinner Memorial Trophy.

Mirboo North has two wins on the board and is playing good football but Saturday’s match will be a big test against a competitive Newborough team.

The Bulldogs’ narrow loss to Yinnar was hard to take but they showed they’ll be up there at the pointy end of the season.

Both teams have had one pressure match already which augers well for this encounter.

It may come down to who has the best ruckmen and talls; Chris Hancock and Matt Slattery were both hard working against Yinnar and will be spirited opposition to the Mirboo North ruck-power. Newborough will push hard but the Tigers should just edge them out in a close encounter.

Mirboo North holds a one-game advantage in the all-time stakes and Newborough would love to square the ledger.

In the Anzac weekend special, and 100th match between the two clubs, Thorpdale has a hot chance to retain the Anzac Day Cup against Trafalgar.

The Blues have one win on the board from two close results and appears to have a more stable and experienced team than the Bloods.

Trafalgar is going through a rebuilding phase due to the loss of several “star” players, and are blooding plenty of juniors to build for the future.

The side might suffer a few big defeats until players settle at senior level.

Trafalgar should bounce back after a dismal effort against Yallourn-Yallourn North but Thorpdale will be favoured to use its experience and take the points.

YALLOURN-Yallourn North is expected to put win number two on the board against Hill End.

The Hillmen have had the better of the Bombers in recent years until last season when the rejuvenated club won both encounters.

It has been a sharp learning curve for Hill End coach Paul Smit, who knows it is not going to be an easy season for the Hillmen, and YYN will offer no respite.

YYN will be rejoicing after posting a record score against Trafalgar but won’t expect the same sort of opposition this round.

Hill End has a good base but could use a couple more big men and a key forward.

WITH its home ground under renovation all season Yarragon will play ‘host’ to Yinnar at the Magpies’ nest.

Yinnar just edged out Newborough last week and will be full of confidence with its young players in fine form.

The lads were under pressure in a torrid last term but held out to take the points.

Yarragon met its match against Mirboo North after a previous win over Hill End.

Most tipsters would go for Yinnar to take out the match even without some gun players, who have either been rested or retired.

It has been four years since the Panthers have beaten Yinnar; the reigning premier should post a comfortable win to retain a top two position.

BOTH Boolarra and Morwell East were winners last week and this match looks to be the hardest of the round to pick.

The Demons had a good win over Hill End and the East defeated Thorpdale in a close match.

Boolarra seem to have replaced key forwards from last season and will need to kick a good score to beat the East.

The Hawks played well in patches against Newborough in round one and bounced back to win a nail-biter against Thorpdale.

There is little between the two sides so a competitive match is assured.