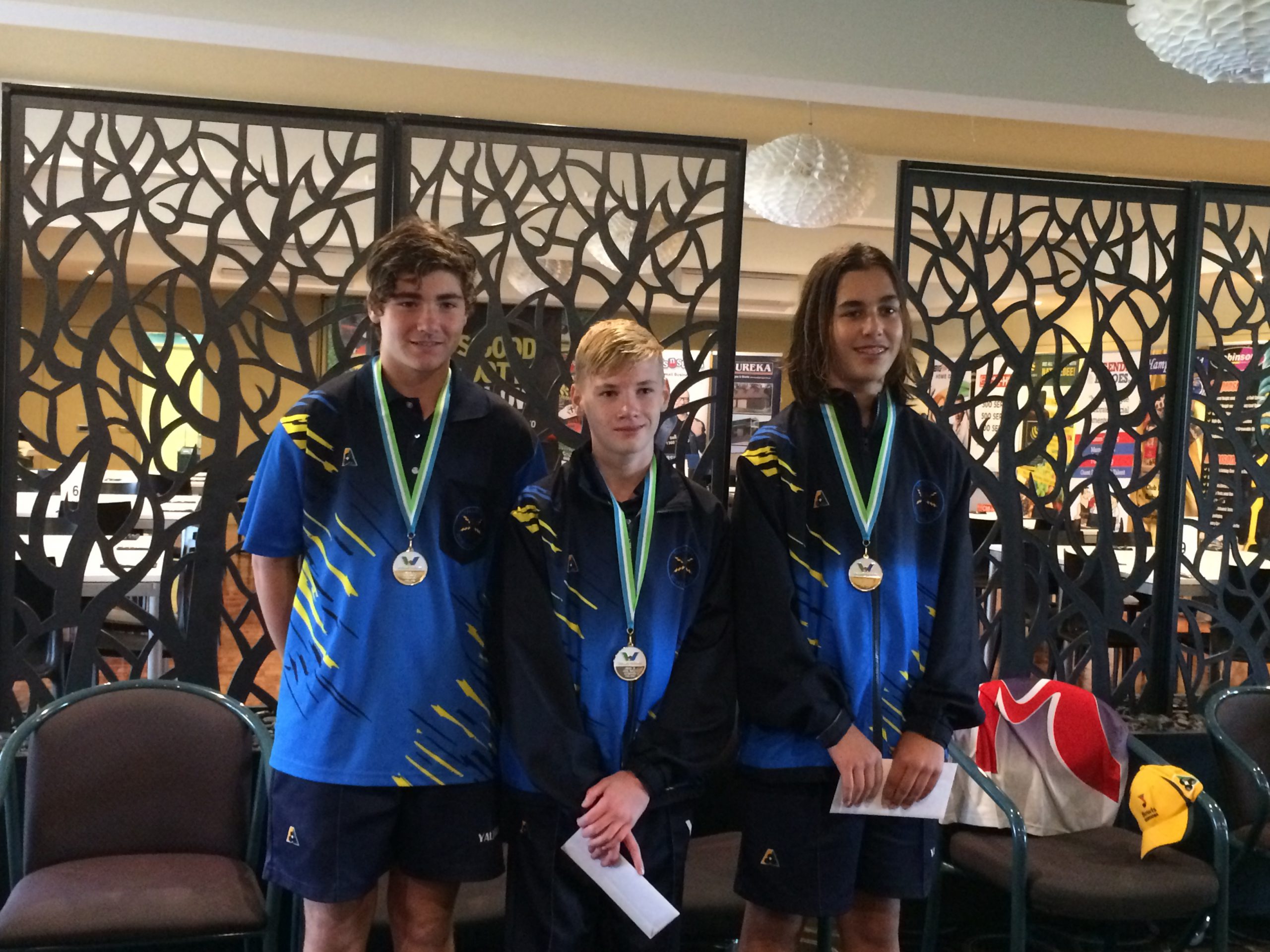 IT was an all west Gippsland final at the Victorian under 18 open triples lawn bowls final this month at Clayton.

The trio held off fellow squad members Hamish Beecroft (Korumburra BC), Sarah Ashby (Drouin BC) and Jarrod Griggs (Yarragon BC) to claim the gold.

Both teams progressed through their quarter and semi-finals by negotiating wet and miserable conditions to set up an all-west final.

The Yallourn team was four shots down after 11 ends but managed to draw level after 14 ends in a tense final.

The scores were again level after 16 ends but the Yallourn squad eked out the last two ends to win 18-14.

Bowls Victoria representatives Doug Kneebone and Louise Morrison were on hand to present the finalists with their medals.

The victory capped off a great season for Leicester and Lewis, who also won a West Gippsland division two pennant flag with Yallourn.

Lewis also took out an under 18 club singles final and was chosen for the Victorian under 18 silver squad.

Ashby reached the semi-final of the under 18 girls’ pairs competition in another triumph for the WGDS program.