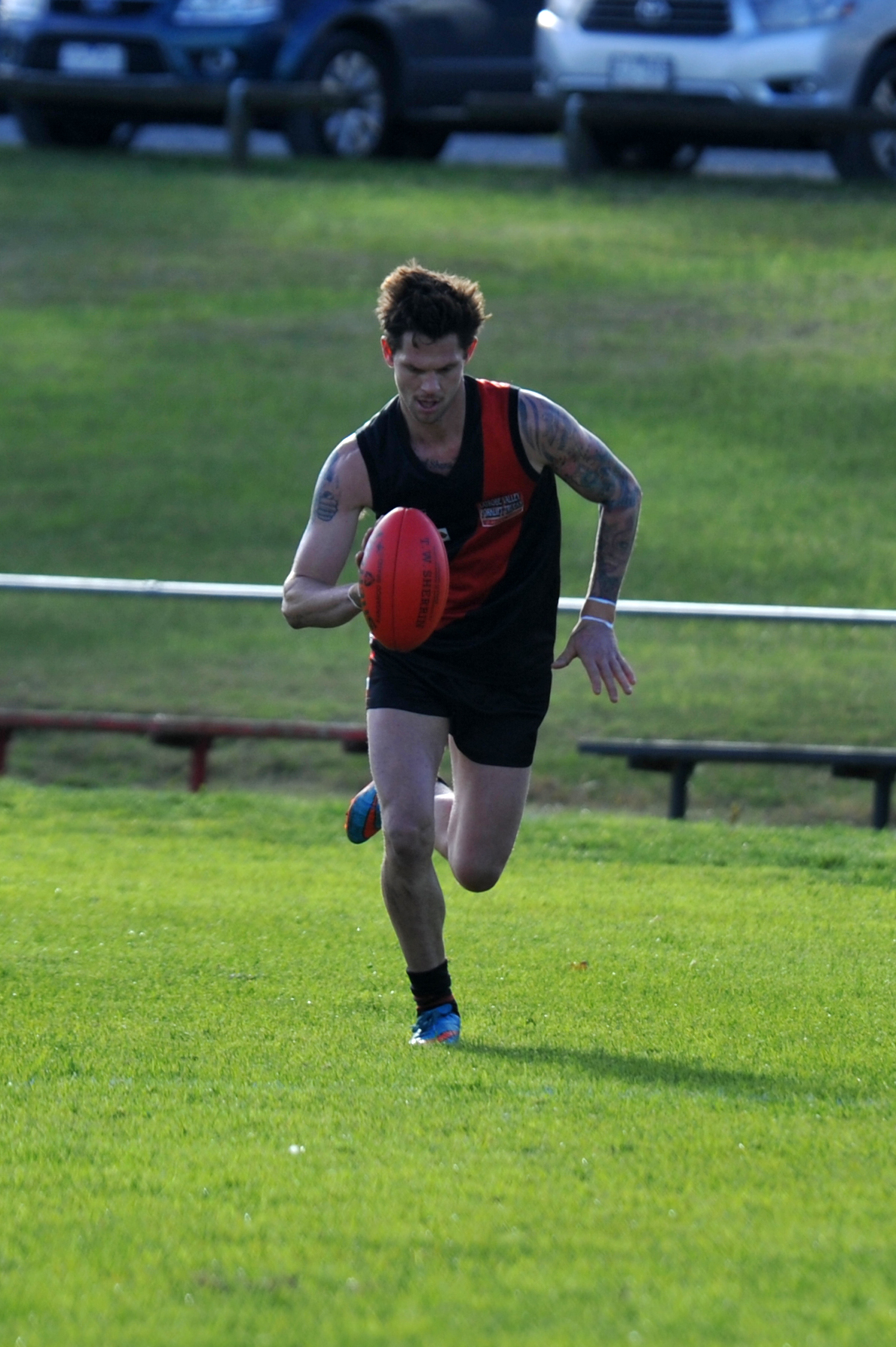 SALE City survived a scare from Yarram in round eight of the North Gippsland Football Netball League as the Bulldog juggernaut rolls on.

The Demons led at half-time only to be outclassed in the second half by the ladder leader, which remains undefeated.

The felines are on the prowl as well after the Woodside Wildcats and Churchill Cougars both recorded wins.

The results put Woodside and Churchill in second and third-place respectively with six wins each.

As anticipated, the Glengarry versus Rosedale clash was a close match.

The Magpies would have taken great confidence from pushing the injury-depleted reigning premier right to the wire.

Glengarry is a heartbeat away from making something happen in the second half of the season.

Brandon McDonald played well up forward with four goals for the Blues, who claimed their first scalp since round four.

It was another good win for the in-form Wildcats who firmly cemented second position on the ladder.

Heyfield has been hot and cold this season and is just outside the top five on four wins and four losses.

Woodside led at every change and was never really challenged in a hard-fought team effort, resulting in a comprehensive victory.

The undefeated Bulldog juggernaut will roll on into round nine, despite a scare from Yarram.

The Demons were up by three at half-time but, in a gutsy second half, Sale City managed to kick away to a 28-point victory.

The Bulldogs remain two games ahead of their nearest rival and look good approaching the season’s halfway mark.

As anticipated, the in-form Cougars and Saints pushed each other right to the wire in a great struggle.

The Cougars had a healthy five-goal buffer at half-time, but the Saints came home with a wet sail to peg the margin back.

It wasn’t enough as Churchill held its nerve to win by 19 points.

IT was a much-needed morale boosting win for Traralgon Tyers United, which cruised to victory after leading Gormandale at every change.

To Gormandale’s credit, the Tigers came within 18 points in the final term.

But was not enough, with TTU piling on the last three goals of the game to claim victory.