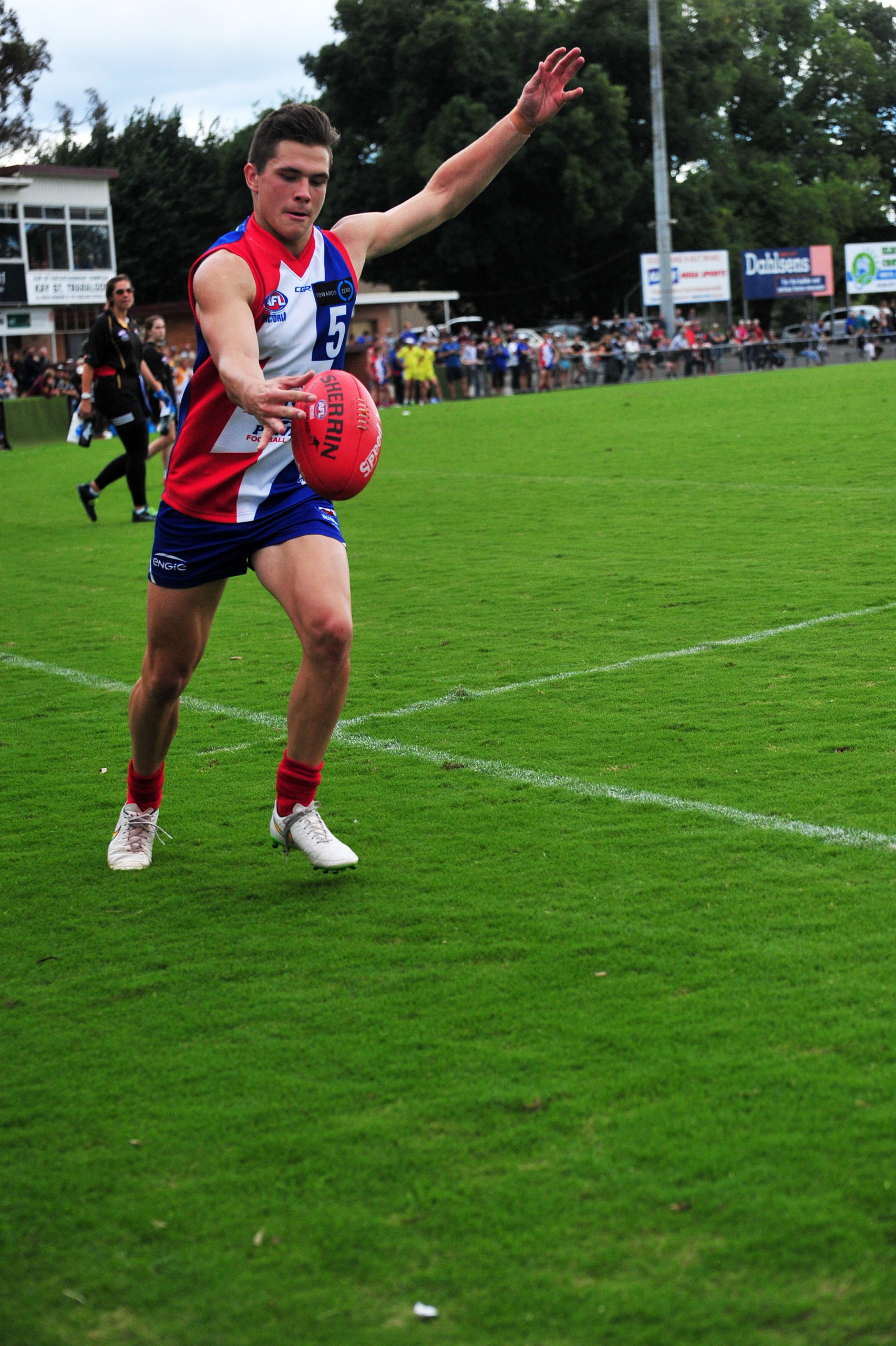 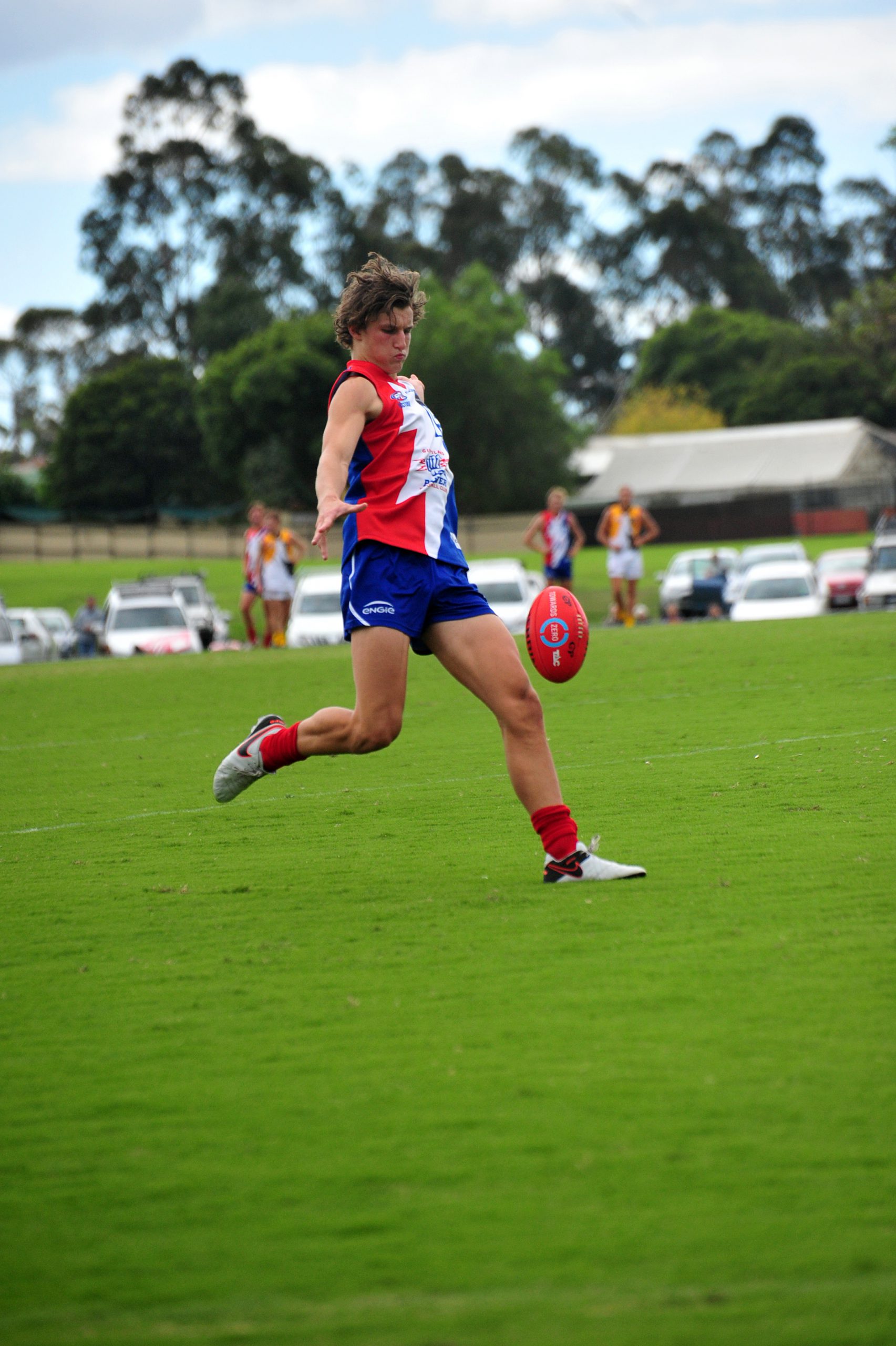 A HANDFUL of Gippsland Power players have been chosen to help Victoria Country defend the AFL under 18 Championship title this year.

Power captain Ben Ainsworth, Will Leslie and Tyrone Hayes trained with a preliminary squad of 30 last weekend, while Cody Henness and Aidan Quigley are on the fringes after making the initial 36.

Power head coach Leigh Brown said the representative pathway was an important step for development and making a case to AFL recruiters.

“It’s great recognition for consistent footy, particularly through the first third of the year which is important,” Brown said.

“For the top age boys it’s an opportunity to play against the best talented kids from across the land and stake their name for the draft later in the year.”

Ainsworth was a member of last year’s undefeated Victoria Country championship winning team, but will miss the first round on Sunday due to suspension.

“It’s disappointing (for Ben to miss round one), but it gives him a chance to get his injury right and freshen up and he’ll be at full fitness by the time he plays that second game,” Brown said.

Fellow top age TAC Cup player Leslie, who has captained the Power during Ainsworth’s suspension, has come into his own this season.

The tall, rangy midfielder has been explosive after an injury riddled start to the year and will be out to make his mark for Victoria Country.

“Will Leslie, he’s really stepped up. He had a bit of a slow start to the season because of injury – he had a bit of a sore back – but since then he’s played predominantly through the midfield in the last month or so,” Brown said.

“He’s 191 centimetres, he’s tall and quick, he could be the next model taller midfielder; we’ve been really impressed with him – his leadership has come a long way since his bottom age last year.

“In Ben’s case it’s a chance to maybe enhance his reputation and in Will’s, really start to build one.”

The top age duo has been joined by bottom-ager Hayes, a member of the AFL Academy level one program.

The Lakes Entrance local impressed with his pace and disposal skills in the opening month of the TAC Cup before returning to school footy with Melbourne Grammar.

“He’s a small defender or forward, he’s lightning quick, has a fantastic sidestep and uses the ball really well. Come this time next year we’re hoping he’s one of the kids being talked about a future draft pick,” Brown said.

Henness and Quigley, also AFL Academy level one members, were named in the squad of 36 but appear unlikely to feature in the final cut.

The pair, along with Hayes, recently travelled to New Zealand for an Anzac Trans Tasman match with the academy.

Brown said they were among a host of up and coming players from the bottom age bracket who would press for selection next year.

“It’s been a big learning curve for them this year, stepping up and playing some footy in TAC Cup then also training with this Vic Country squad, and hopefully they’ll push for selection later in the carnival,” he said.

Over-age players Josh Patullo and Deven Costigan, who returned for Power as 19 year-olds this season, were perhaps unlucky to be overlooked.

Brown said the pair was unfortunate but the door remained open for them to rise to prominence through other avenues.

“As 19 year-olds there’s limited opportunities for those guys that can only play a certain amount – they just didn’t get their chance this year,” he said.

“They just need to continue playing good footy with us and there might be some VFL opportunities as we had with (Tom) Papley last year which certainly enhanced his reputation.”

The country squad will again be coached by Paul Henriksen, with Matt Battistello coming in to replace new Murray Bushrangers coach Leon Higgins as the Vic Country under 16 coach.