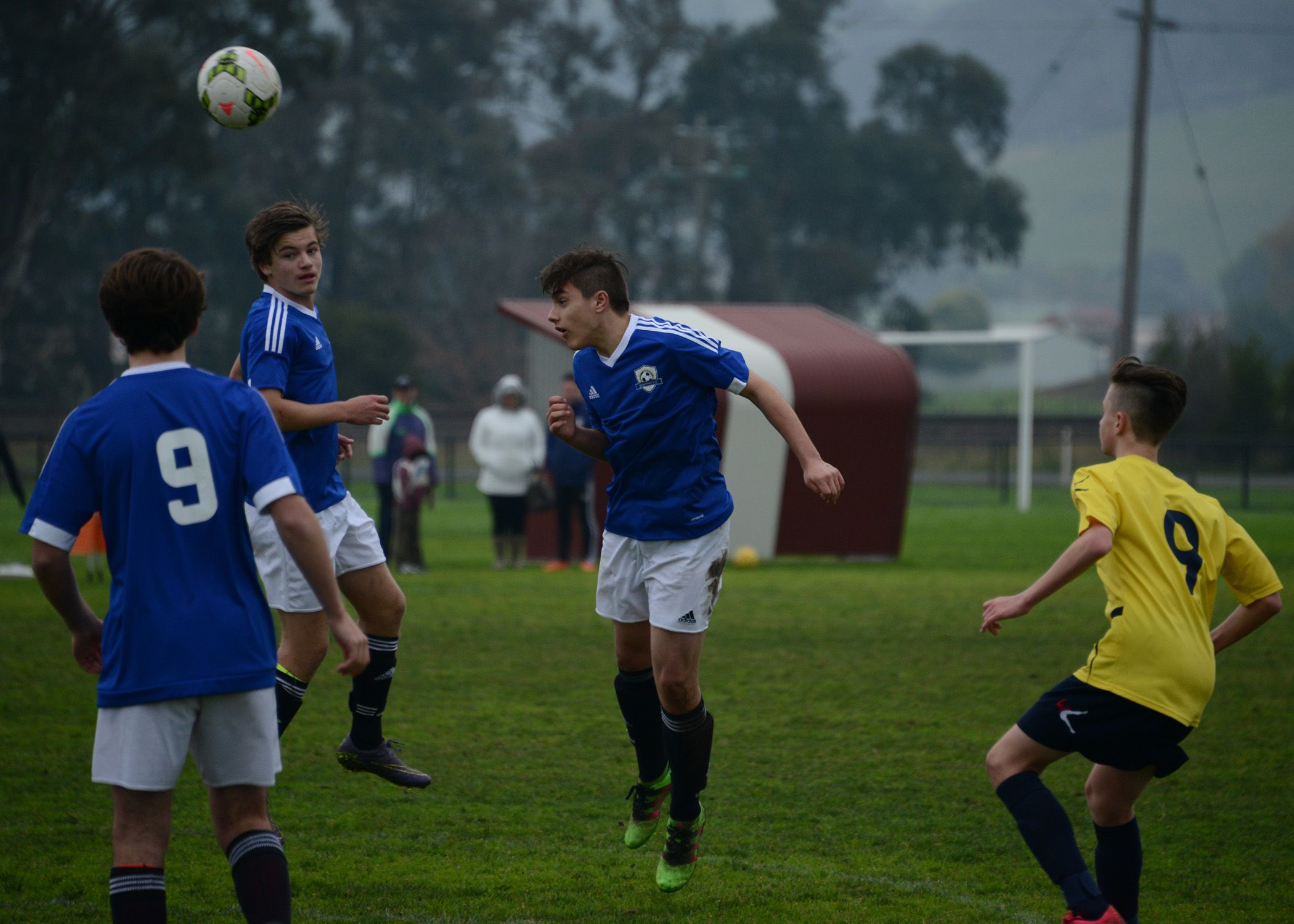 After a two-week break, the Gippsland FC boys returned to Trafalgar refreshed and ready for action.

The under 13s battled out a dour draw, the under 14s had a form reversal and the 15s suffered defeat.

The under 18s won by forfeit as Noble Park was unable to field a team.

The under 13s faced East Bentleigh Strikers and the game started brightly as both teams felt each other out.

Few chances were created and the goalkeepers were virtual spectators.

The visitors did fashion one clear opportunity but good defending by Joe Stewart prevented a goal.

The second half was more of the same and at times a poor first touch was letting GFC down.

The host had a let off when a mistimed goal kick was intercepted and put into the net but the ball had not left the penalty area.

At the other end a brutal strike from Manny Scarlett was saved by the Strikers’ keeper.

A stalemate 0-0 draw was a fair result at the final whistle.

The best players for Gippsland were Jobie Heusmann, Billy Whitmore and Stewart.

Backing up from a brilliant display last week, the under 14s took on Brighton SC Rangers.

The host looked sluggish; at times there was some good build up play but it fell down in the final third.

Ultimately, the visitors took the lead following a slack back pass and were up 1-0 at half-time.

Gippsland looked a different team at the start of the second half.

The determination levels lifted and good lead up play by Blake Whykes gave Jesse Buhagiar a simple tap in to level the scores.

The host dominated for the rest of the game, but a defensive error with almost the last kick of the game handed the visitors a winner.

The under 15s hosted Casey Comets FC in the final game of the day.

The Gippsland team was undermanned and three of the under 14s, Jesse Buhagiar, Connor Dastey and Daniel Gatpan, backed up for a second match.

The visitors were on top for much of the first half but could not break down a solid Gippsland defence.

They were punished as GFC’s only strike on goal in the first half was converted by Isaac Boulton to give the hosts a fortunate half-time lead.

Casey came out firing after the break and scored a deserved equaliser early on.

Gippsland was playing well but conceded a penalty which was converted to give the visitors the lead.

The game settled down into a solid tempo and a speculative shot by Miles Luders caught the keeper off his line and he could only look on as the ball sailed over his head and into the net.

Gippsland’s tendency to turn over the ball too much was its undoing five minutes from time when the Comets capitalised on a mistake to take the three points with a 3-2 victory.

The game marked the end of the season for captain Jack Walton who is off to England for 12 months to test his football ability at another level.

He has lined up a few academy trials.

All the teams are on the road this weekend.