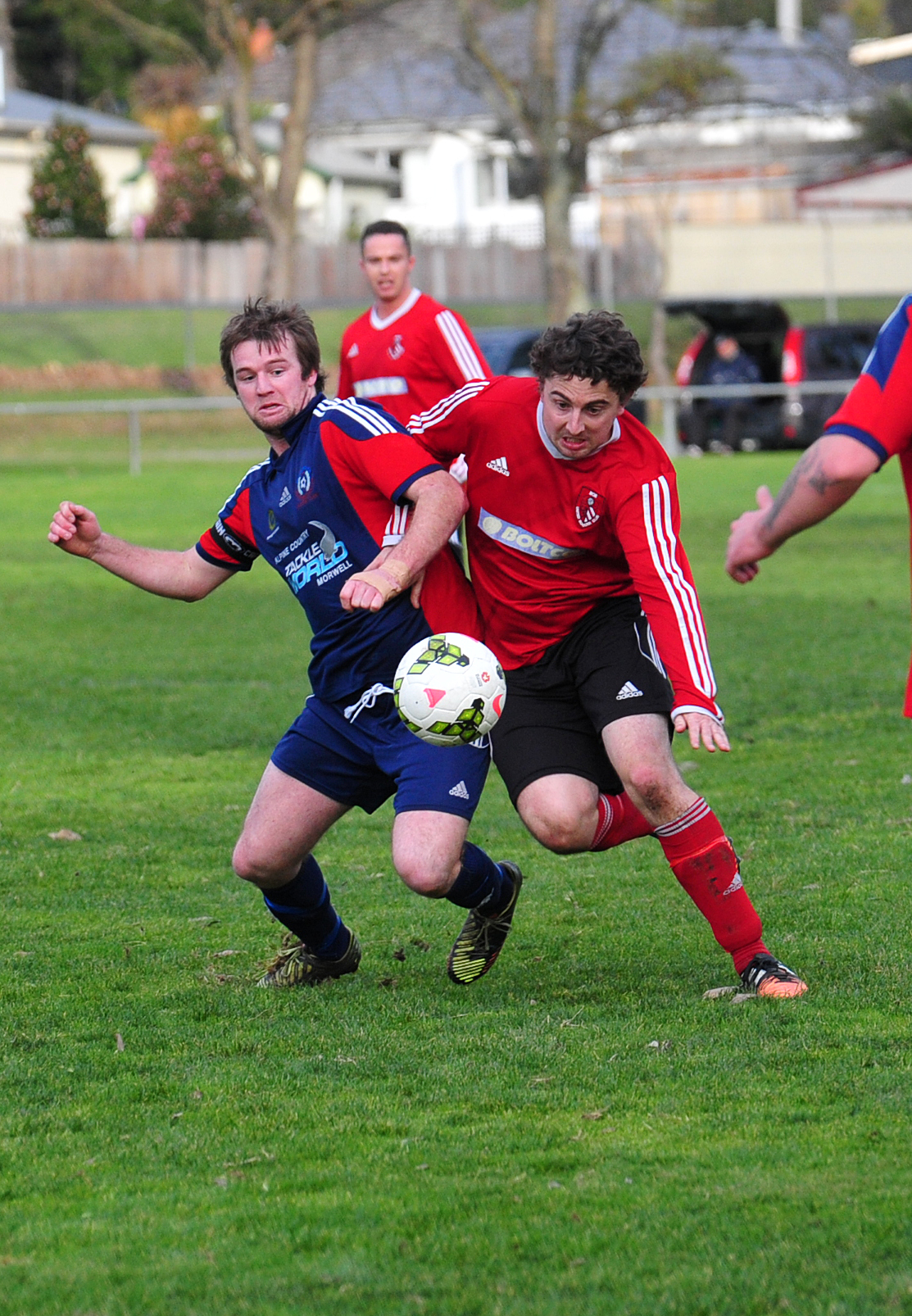 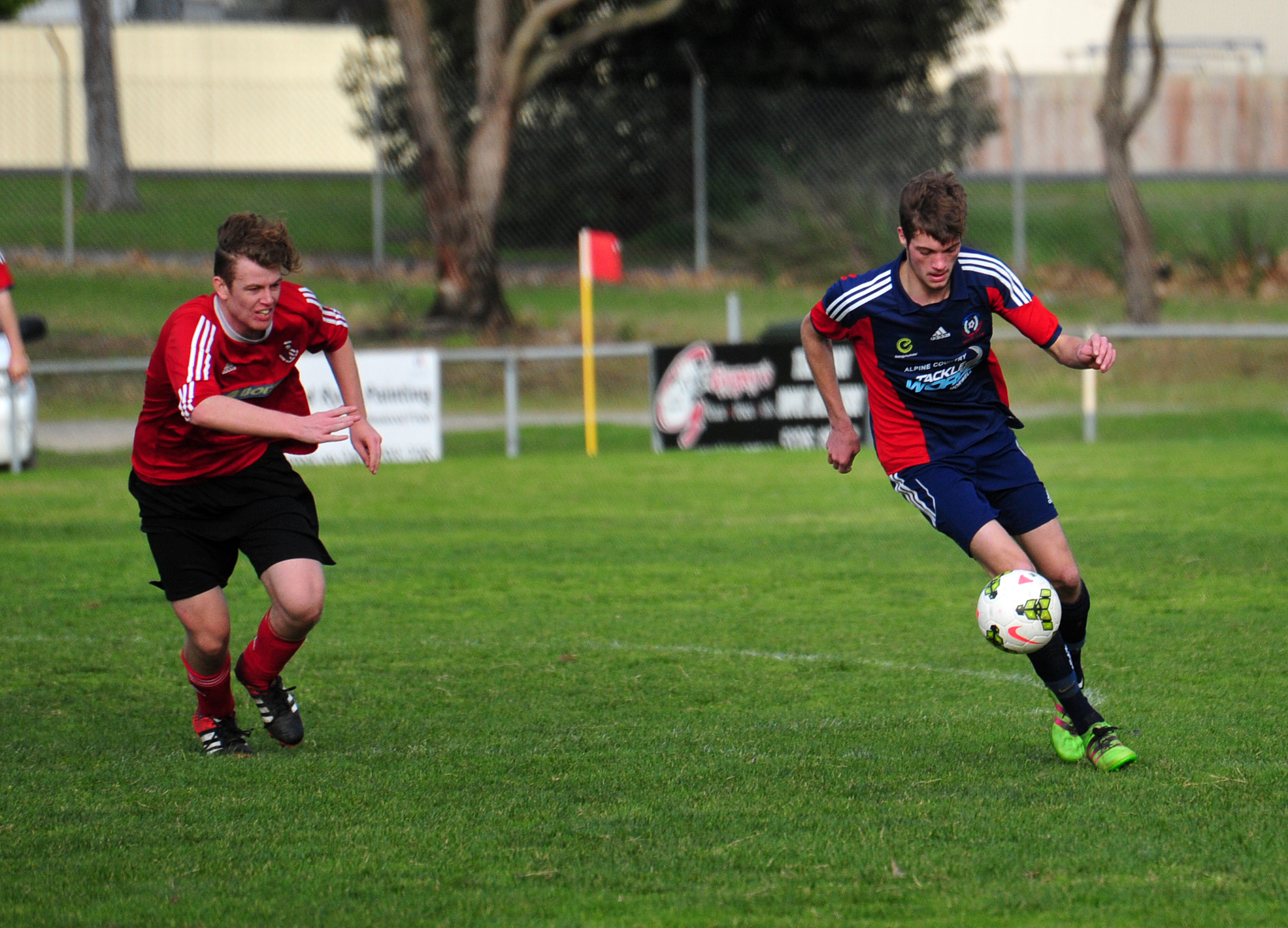 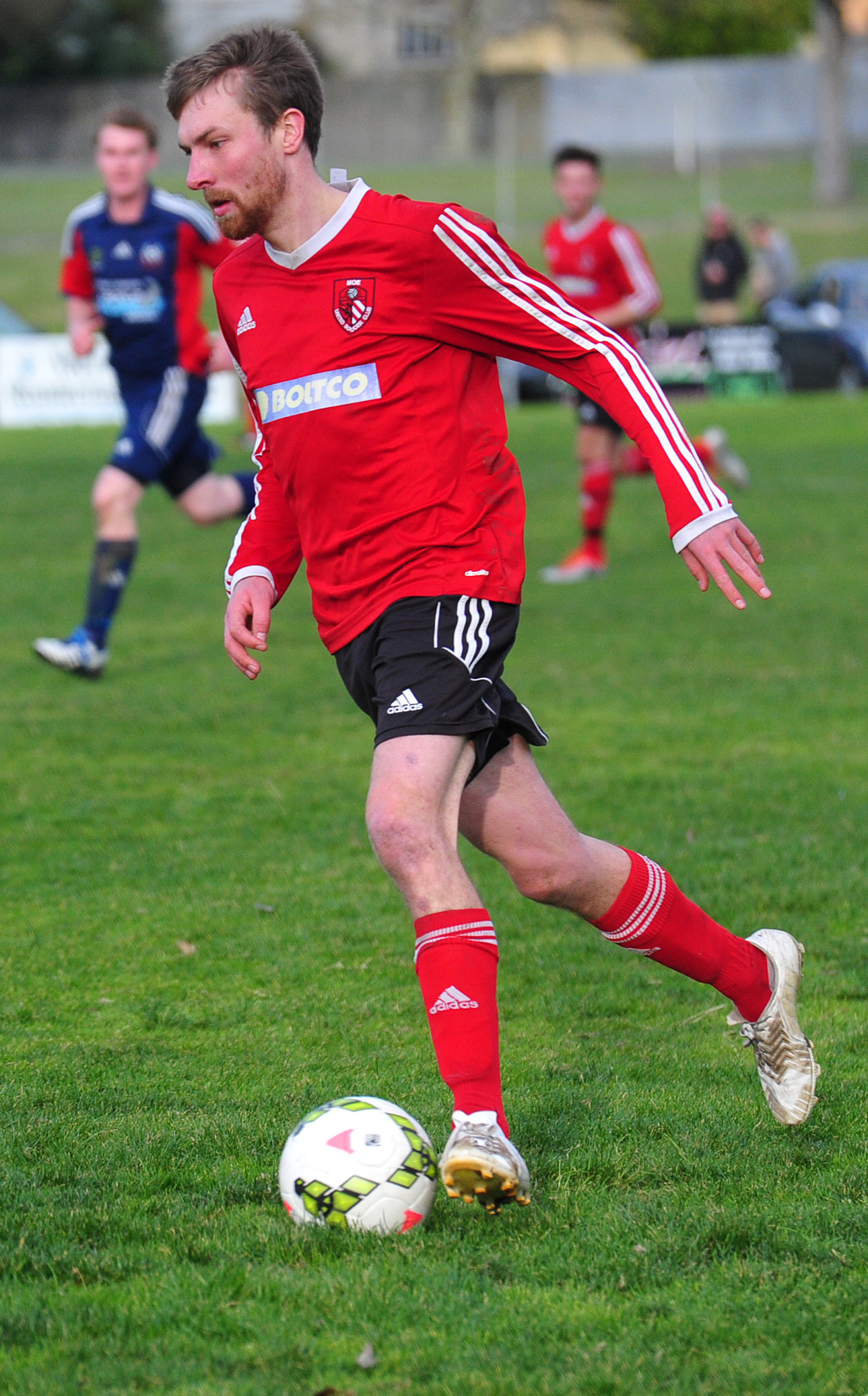 MOE and Newborough-Yallourn United remain locked together at the top of the Latrobe Valley Soccer League ladder after fighting out a 3-3 draw at Burrage Reserve yesterday.

The Combine was on track to collect all three points at 3-1 up but conceded two late goals to a resurgent Red Devils outfit, which made all the end-game running to nab a share of the spoils.

It was a case of deja vu for NYU which relinquished a lead to draw with Moe in their previous encounter this season.

NYU coach Tim Armistead said it was disappointing not to have finished the job and taken sole ownership of the league lead.

“It was disappointing to get two goals up and then give it away the way we did again,” Armistead said.

“I think both times we’ve played them we’ve had the better of them, they just pushed hard and were lucky enough to get a couple of goals; we weren’t good enough defensively.

“They’ve been the benchmark for a while now, along with Falcons, and we’re up there and thereabouts.

“It’s disappointing to let the three points slip, it was there, but we’ll keep plugging along; we have (Traralgon) City next week, they beat Moe last week, so that’ll be a good game too.”

The Red Devils were looking for redemption after a loss to the Roosters last round but found the early going tough against a resilient NYU side.

The host controlled much of the possession for the first half hour despite losing key playmaker Marc Mchallam early to a hamstring twinge.

Mark Fairbrother put Moe custodian Peter Albanese on notice when he cannoned a free kick on target from 30 yards out, but the ‘keeper was equal to the task and parried the ball away for a corner.

The resultant set piece proved the decisive one when a well-weighted corner found Jayden Mathison, who rose highest at the back post to nod home and send the Combine 1-0 up on the 30-minute mark.

The lead was short-lived and Moe was back on equal terms within two minutes of the restart when Matt Shearing tucked away a tidy finish from the left edge of the box to make it 1-1 at half-time.

NYU was showing plenty of poise on the ball and Fairbrother was peppering away at goal, particularly when offered free kicks in range, while Moe mainly played on the counter.

Shearing was opportunistic, latching onto stray through balls here and there, but the pace was dictated by the men in blue.

Former Moe coach Lee Dastey, playing his third game of the season, was a welcome addition to the Red Devils’ backline and helped repel some dangerous raids.

Moe was almost taken by surprise when Dylan Fairbrother stole possession in enemy territory and spotted Albanese off his line; his chip evaded the ‘keeper but was just off target.

Mark Fairbrother went one better than his brother minutes later with a similar feat.

The wily striker picked Joel Baldwin’s pocket and hammered a lethal left-foot strike into the top right corner from 25 yards out to send the Newborough faithful into raptures.

With a 2-1 lead and all the momentum NYU almost added another when Clayton Bell made a neat turn at the edge of the 18 yard box and unleashed a powerful shot, but Albanese managed an athletic tip over the crossbar.

Again the custodian’s efforts were in vain as NYU scored from the ensuing corner kick, this time Adam Batt making the most of a pinpoint set piece with a downward angled header to make it 3-1 with 20 minutes remaining.

The set piece also proved telling at the other end seven minutes later, when Lee Dastey chipped his free kick into the path of Nick Dastey who flicked his header into the back of the net to close the gap to 2-3.

Moe was pushing hard for an equaliser and found plenty of run through wide man Sam Gatpan and substitute Sam Lietzau.

The latter created something out of nothing to draw scores level.

Lietzau forced a turnover in the middle of the park, danced through two defenders as he surged toward the 18 yard area and chipped a clever diagonal ball to Shearing, who deftly knocked the ball over NYU goalkeeper Michael Bloss.

Having drawn level 3-3 Moe continued to press for the last 10 minutes with two, Lee Dastey free kicks finding teammates heads at close range, but neither was converted and the clock wound down on the challenge.

The result leaves the two neighbouring clubs locked on 35 competition points at the top of the LVSL ladder.

Falcons and Churchill closed within one win after victory against Sale and Pegasus respectively.