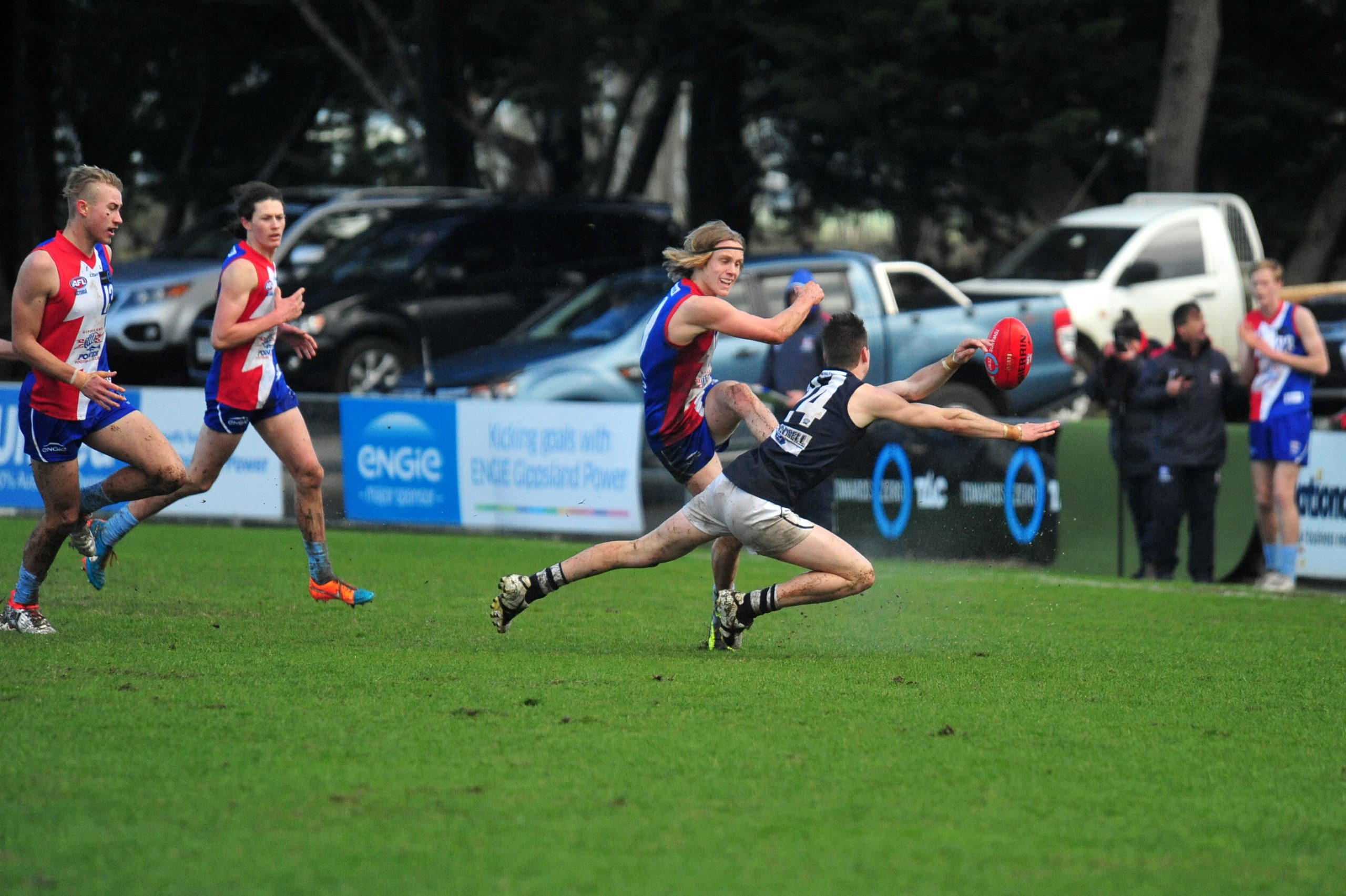 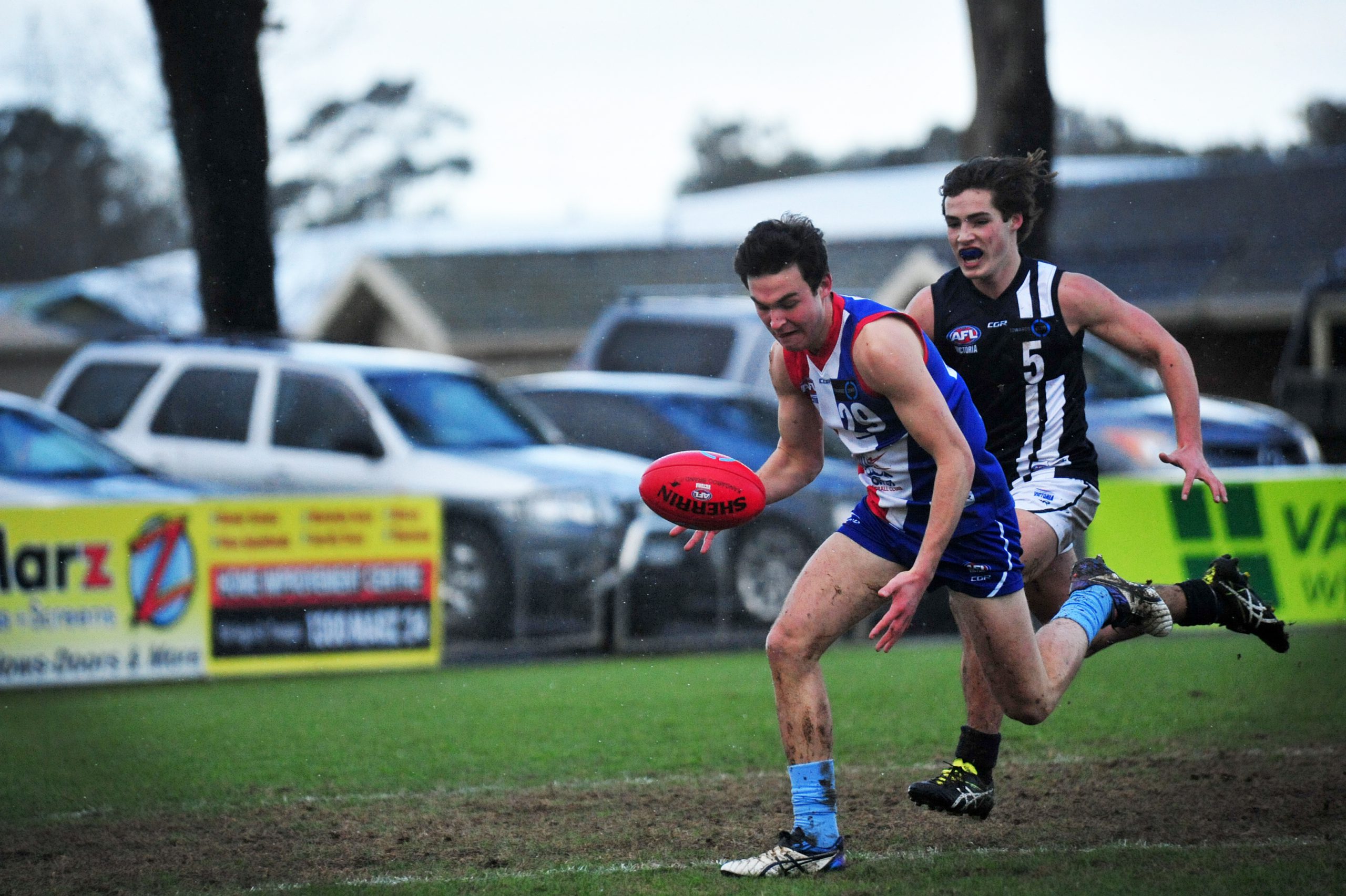 The other vital factor in the 26-point win was that it represented an almost 20-goal turnaround from the clash earlier in the season against the Falcons.

Over the past several matches Gippsland has been competitive for increasingly longer periods of time in each game.

Regardless of the relative strength of their opponents, the Power have had a realistic chance to win each game and, in the Falcons game, they were able to apply themselves for the entire match.

A powerful westerly wind blew across the ground and favoured the town end of Morwell Recreation Reserve.

The Power took the advantage in the first quarter but were unable to reward themselves for work rate where it mattered most, the scoreboard.

The statistics reflected how well the boys had played with the inside forward 50 stat showing they had twice as many opportunities as the Falcons.

The other vital number was the 40 tackles recorded by the Power.

By the end of the first term Gippsland led by six points to two but, far more importantly, stifled the Falcons from creating any positive passages of play.

At the opening of the second term the Falcons got their game going briefly and had two goals on the board almost against the run of play.

The Power then surged forward as Nathan Voss snapped the team’s first goal.

Some undisciplined play by Geelong gave the Power an opportunity to go long into attack and it resulted in Austin Hodge snapping a goal under pressure.

Another Falcon error allowed Sean Masterson to send the ball into attack where Josh Patullo marked and gave Trent Armour the chance to kick a goal on the run.

By the end of the quarter the Power’s lead had been extended to six points, but once again their work rate under pressure was exceptional.

Geelong again opened the scoring but this was followed up by some stunning vision by Jai Rout who set Aidan Quigley up for a crucial goal.

Gippsland captain Ben Ainsworth was working hard and inspired the side with a wonderful snap after the defence had done amazing work to give him that opportunity.

Despite this, the Falcons had many forward 50 entries.

The Power defence stood firm and applied their trademark pressure each time the Falcons went into attack.

The scoreboard showed the Power only led by seven points but any analysis of the play indicated Gippsland was in charge for most of the third quarter.

Gippsland opened the final quarter on the right foot, with some fine work by Quigley and Ainsworth helping Hodge kick the first goal.

The Power continued to apply intense pressure across the ground and Callan McKeon and Hodge combined to set up Armour for another goal.

In a series of wonderful efforts in contests, Will Stephenson, Hodge and Patullo combined and this time Voss was able to finish it off with a fine snap at goal under pressure.

Despite the Falcons trying hard to take advantage of the favourable gale, the Power defence continued to respond to the challenge and limited their opponents to a few behinds from their restricted number of forward 50 entries.

The final margin was 26 points.

Gippsland next travels to Craigieburn to take on the Calder Cannons.