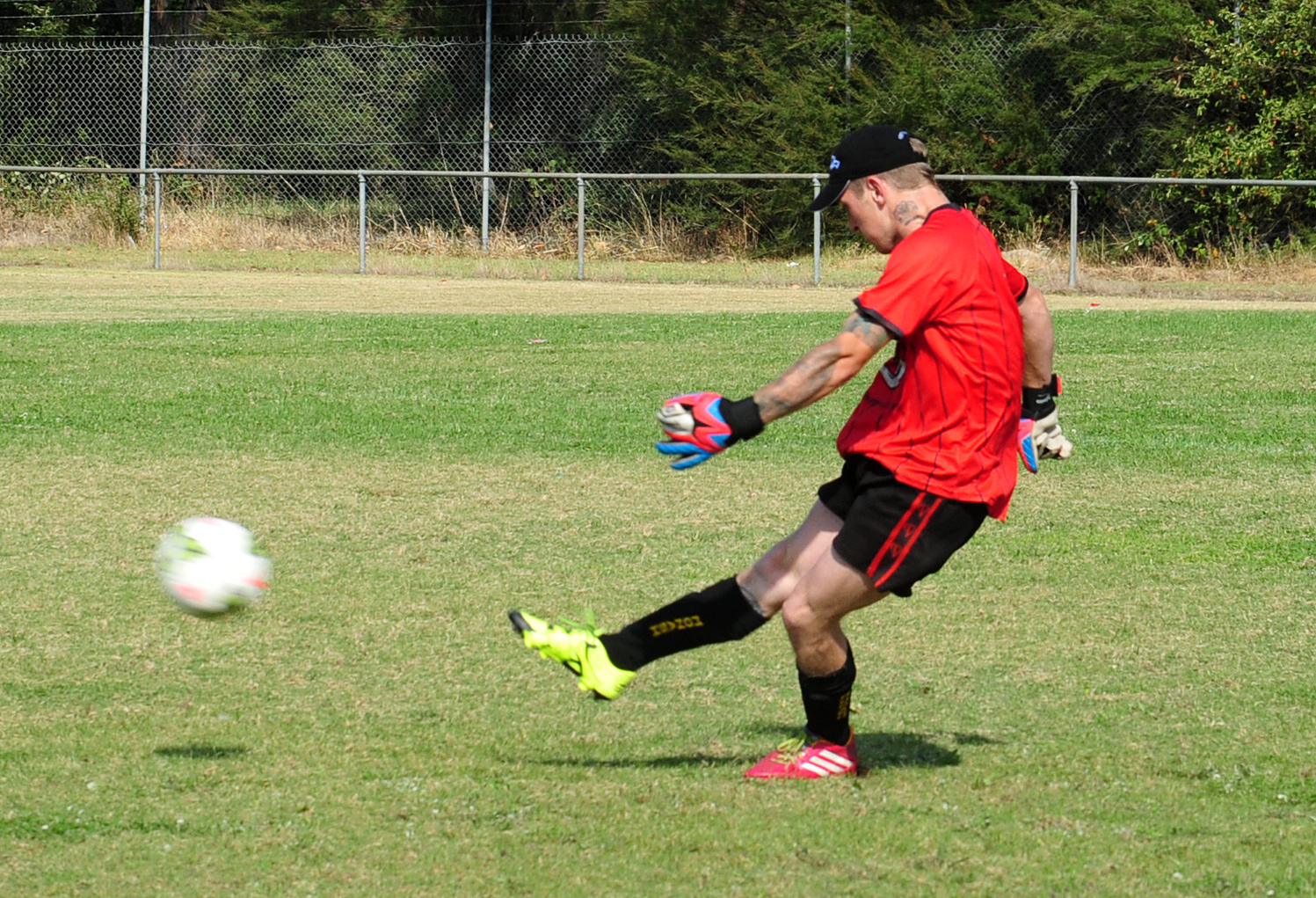 It took a while for the home side to hit its stride as Falcons looked dangerous with former Monash man Isaac Abas prominent up front.

The Wolves battled their way into the game but neither side was able to trouble the scorers in the opening half.

It took the Wolves 10 minutes to break the deadlock after half-time when a long Braden Paulet throw found Ty Christy in the box who controlled and volleyed into the top corner.

Falcons thought they had equalised soon after only to be denied by the linesman’s flag.

With 15 minutes to play Christy rounded Falcons’ keeper Charles Simon who could only bring him down.

The resulting penalty was taken by Tom Bramstedt which Simon saved but a re-take was ordered with Simon well off his line before the kick.

Bramstedt made no mistake the second time to give Monash a 2-0 lead.

Monash made it 3-0 in the 80th minute when Bramstedt completed his brace, marking his fourth goal in three games, to give the home side a valuable three points and cruel Falcons’ pursuit of top sides Moe and Newborough-Yallourn United.

MOE took sole ownership of top spot in the LVSL with a 7-0 victory over Tyers.

With NYU out of action this week due to the bye the Red Devils put a three point gap on their neighbour in the title race.

Moe took charge of the match and opened the scoring in the 11th minute through a Matthew Shearing strike.

Joel Baldwin added a goal before half-time to send the Red Devils into the sheds with a comfortable 2-0 lead.

Owen Kelly came out firing after the break to score a 12-minute hat-trick with Ty Georgiou and Baldwin adding to the total on either side of Kelly’s scoring spree.

Rudy Garcia hit a hat-trick as Trafalgar continued its improvement with a 7-2 win against East Gippsland United.

Ash Klemke bagged a double and singles to Aidan Wyatt and Connor Wyatt completed the victory.

In other matches Churchill fought off Fortuna 3-2, Traralgon City won the local derby against Olympians 4-1 and Pegasus forfeited to Sale United.