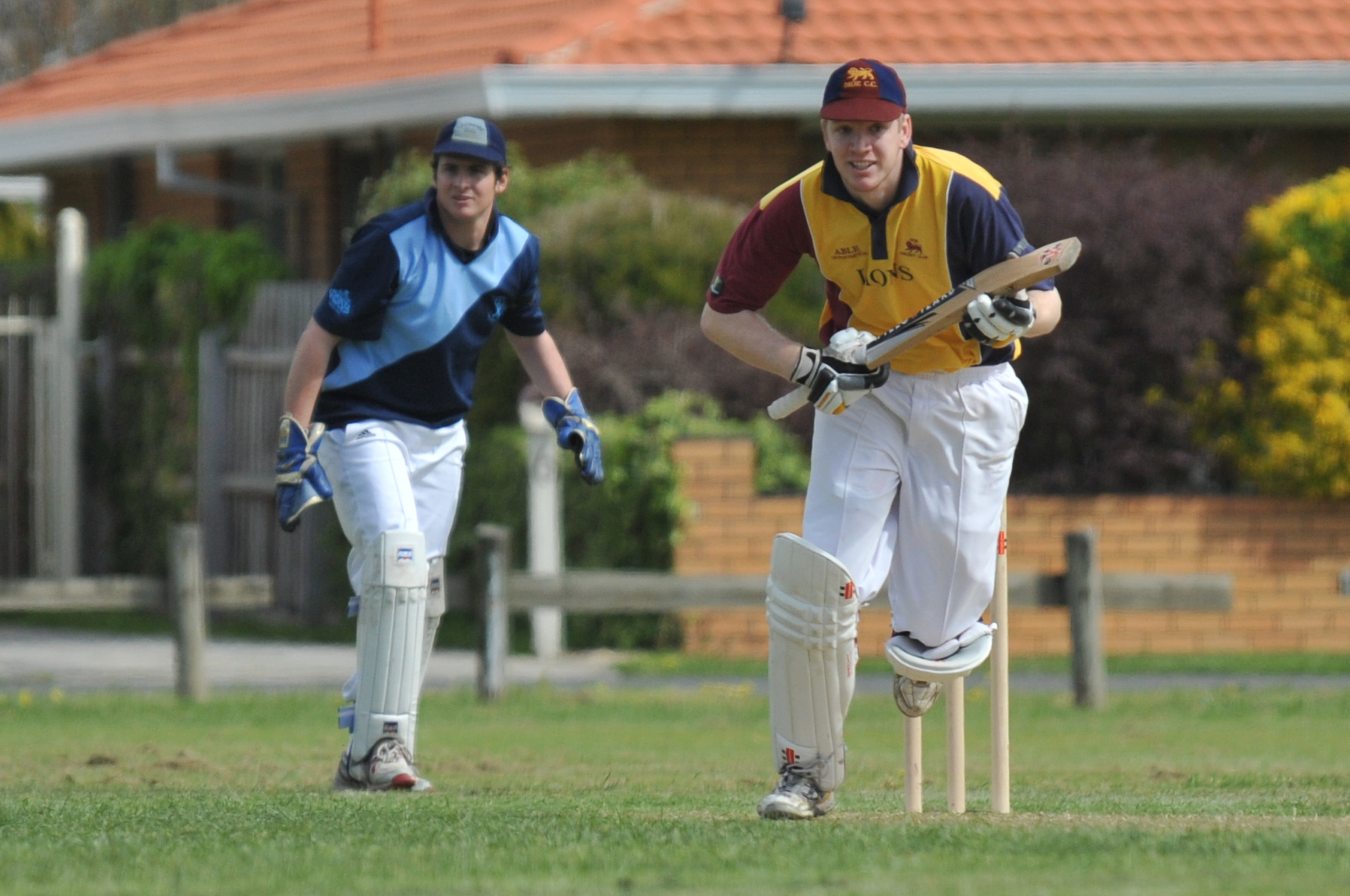 The Sharks and the Tigers will go head-to-head at Mirboo North’s Walter J Tuck Reserve on Saturday.

The last time the two teams faced off the Tigers won their second flag in three years and consigned the Sharks to their sixth grand final loss in a row.

“You play everyone twice, it doesn’t really matter,” Peters said.

The Tigers won last year’s grand final by 18 first innings runs before batting out the overs in the second dig to seal the flag.

Opener Jesse Giardina was the hero in that match with 71 runs and Mirboo North has added to its firepower in the off-season.

“The club’s in as strong a position as we were last year,” Peters said.

“We’ll be trying to achieve a similar goal, which is trying to get all three sides as close to the finals as we can.”

Former captain Brett Pedlow, who averaged a tick over 40 in his time at the club, has returned and Rawson trio Justin Cook and brothers Pete and Brad Grima have come across.

English import Adam Mates is expected to return by early November after a solid first season for the Tigers, which included twin centuries and a pair of .

Peters said his team was aiming to dominate with the bat this season.

“Where we’ve lost in the bowl we’ve recruited,” he said.

“We’re definitely looking to make more runs than the opposition.”

The Mirboo North skipper said he was expecting the curators to serve up a sporting pitch.

“It was cut and rolled a couple of days ago before this last rain and it was looking pretty good,” Peters said.

“It’s been similar to day dot… it’s just a good cricket pitch – if you bat well you make runs and if you bowl well you take wickets.”

Moe is hoping a combination of youth and returning players will help it return to winning ways when it takes on Trafalgar at the Moe Racecourse on Saturday.

The Lions let a strong start slip last season to eventually finish last, but captain Andrew Philip believes the club’s darkest days are behind them.

“We’ve got a couple of premiership players coming back to the club,” Philip said.

“Patty Spiteri’s coming back from Yallourn North and Sam Price, who’s been overseas for the past couple of seasons.”

Spiteri was the Bombers’ captain and a regular contributor in the top order.

He will provide experience to the Lions’ batting card.

Price is returning from overseas and should add an extra dimension to the Moe bowling attack.

“He’ll open up our attack and we’ve kind of lacked a strike bowler in the last couple of seasons,” Philip said.

“So it’s really handy to have someone who can swing the ball and get a few wickets through sheer pace and bounce.”

The two teams last went head-to-head on the same ground in round 13 last season.

It was smooth sailing for the Ships in that game as they posted 290 on the back of a century from Todd Mann.

Daniel Heathcote then took six wickets to have the Lions all out for 100 in reply.

After losing the backbone of the team which won eight premierships between 2005-06 and 2012-13, Moe has looked to the next generation for success.

Philip said young Lions such as Noah Kane and Riley and Trent Baldi had impressed when given a chance in first grade last year and would receive further opportunities this season.

“We lost a lot of players over the last several years which came to a head last season,” he said.

“We had games last year that were very promising.

“I think we’ve got some good pieces of the puzzle back in place, so we can definitely challenge this season.”

Philip said he was aiming for early wins in the matches.

“If we can just win a couple of games… or even three or four and then have a real good challenge against these top three teams in the two dayers and jag a result or two, that’ll set us up nicely,” he said.

Jeeralang Boolarra aims to begin its second season in the top grade with a win when it takes on a new-look Yallourn North on Saturday.

The two teams will battle it out at the Yallourn North Recreation Reserve.

The last time they met the Panthers posted 198 in response to the Bombers’ 162, with captain Stanley Urbanic starring with 85.

But it will be hard to use past form as a guide given the shake-up in personnel up at Yallourn North.

Captain Spiteri has returned to Moe, while young gun Josh Keyhoe and Evan Sheekey have made the move to Traralgon and District Cricket Association side CATS.

Morwell has the bye.