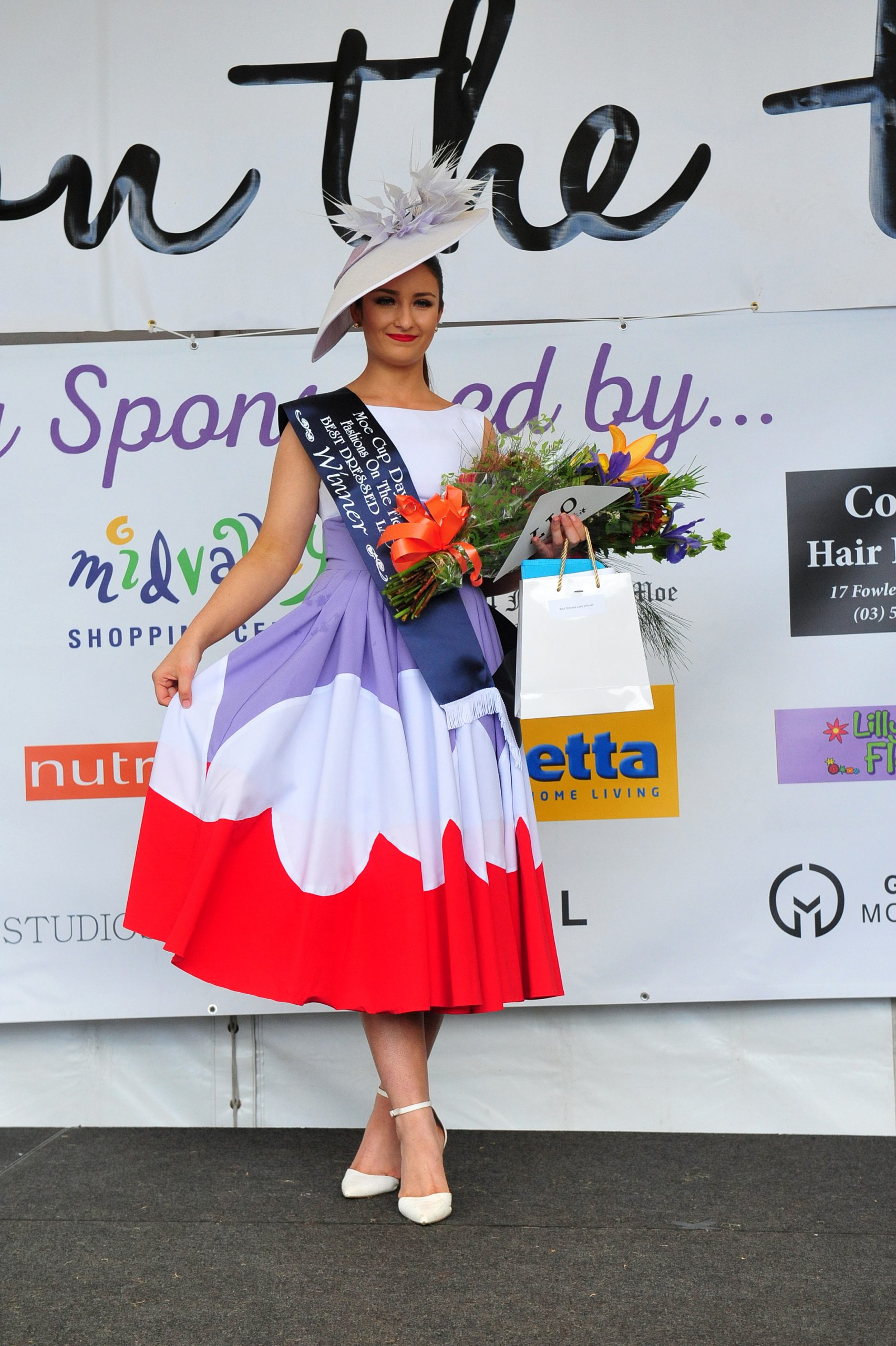 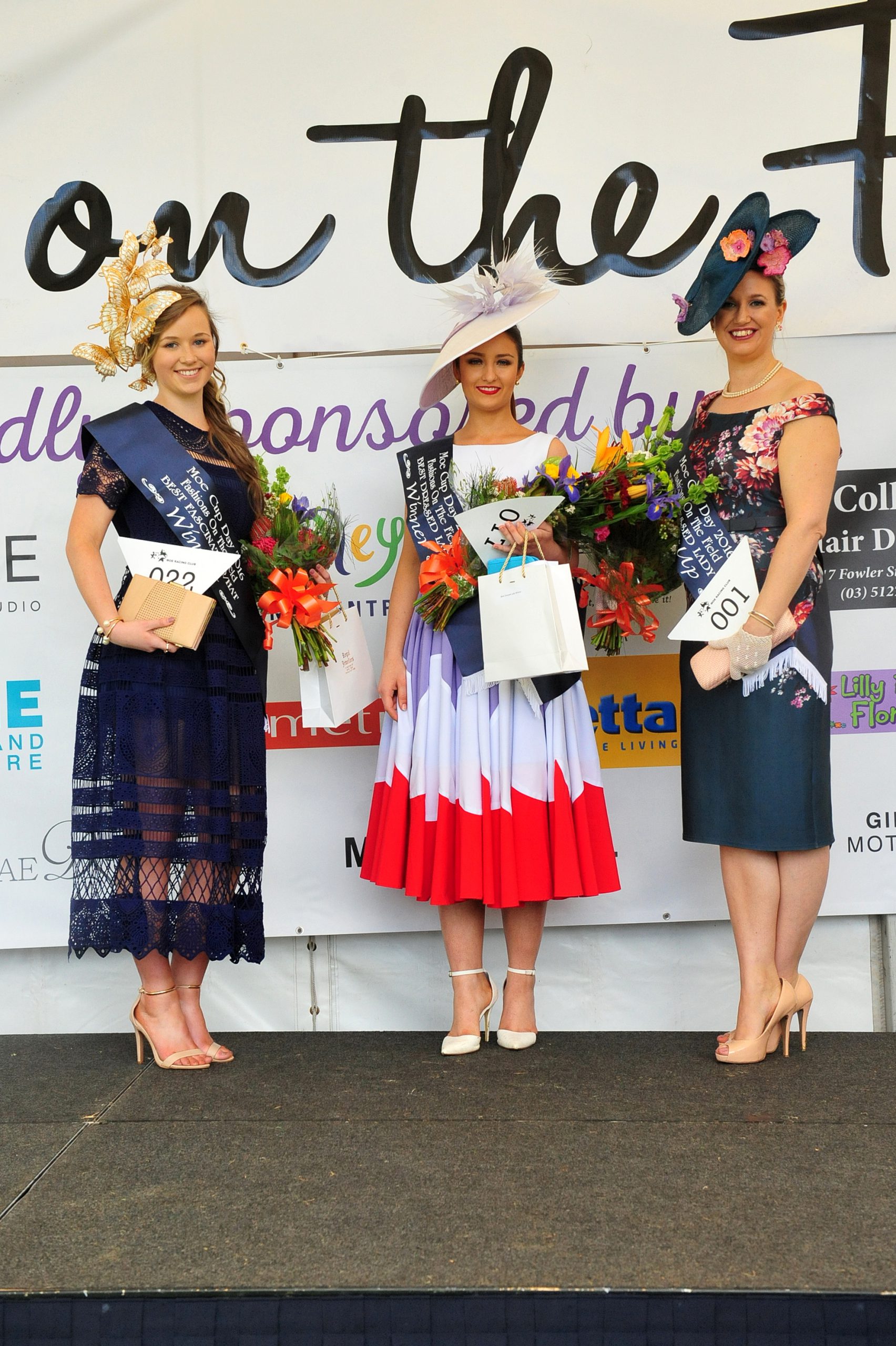 Traralgon’s Chloe Davis was named best dressed at the Moe Cup for her white dress, which featured clashing mauve and red sections.

The said she was “very happy” with her win – her sixth since she began taking part in the fashions on the field competitions.

“I’ve been doing it for two seasons now,” Davis said.

“I love doing all the fashions and stuff – I was just really hoping I’d take out the win.

“(The ) all handmade and I wanted to make everything .

“It’s just made by a friend’s mum and the millenary is by Jack and Jill Millenary.”

Davis was clear about what made a good racing outfit.

“(It’s) just when everything is clean, cut and polished – I think that either you create a piece of art or you wear a piece of art,” she said.

Town said when he attended the races he had no intention of competing.

“They were all classy beards – one of them had been growing for about 20 years, so he was the clear winner,” Gawn said.

Casey said he had not been planning to attend the races and decided to stop in after attending a grandparent’s event.

He was awarded a prize pack that included an electric razor for his troubles.