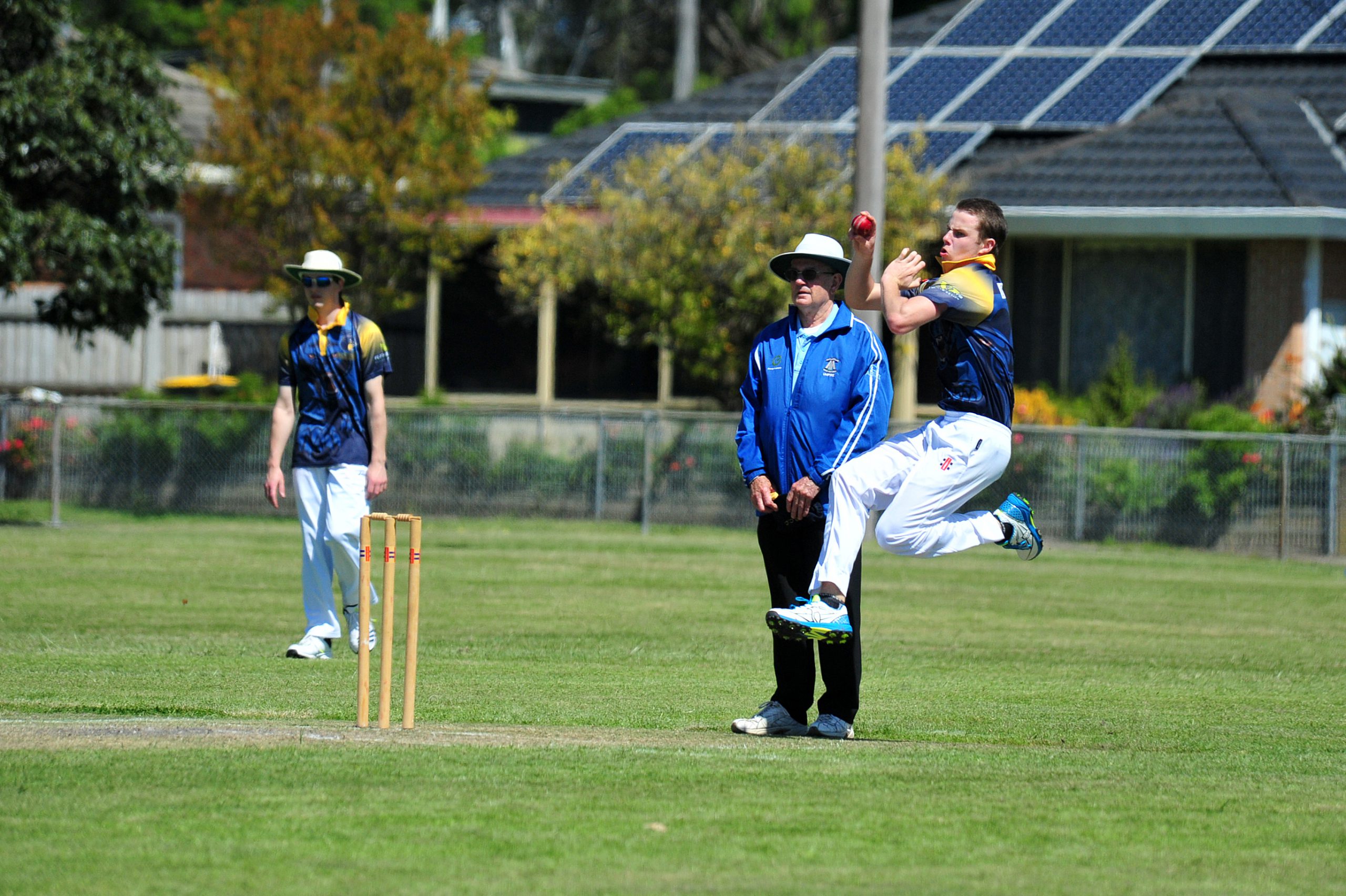 Trafalgar caused the first Central Gippsland Cricket Association first grade upset for the season after defeating Morwell in its round four clash on Saturday.

The Tigers managed 8/127 off their 45 overs at Morwell’s Keegan Street Reserve in an innings where a number of batsmen managed to get starts before falling at the hands of the young Ships’ attack.

Trafalgar passed the total for the loss of just four wickets on its way to 6/191 off 45 overs.

The win sent the Ships into third place on the ladder and into the top four for the first time this season, while Morwell fell from second to fourth.

Trafalgar captain Anthony Clarke-Bruce said he was highly impressed by his team’s performance.

“The way we played yesterday in every aspect of the game, I think it was by far our best performance this year,” Clarke-Bruce said.

“What I was pleased about was everyone stepped up and did their job.”

The match could not have started better for the Ships when David Bremner Junior bowled Mark Cukier with the opening delivery of the match; the Morwell opener shouldered arms to a ball which came back to take the top of off-stump.

Bremner Jnr claimed the wicket of Tigers captain Rory Hare with the last ball of the over to have Morwell reeling at 2/0.

Barney Webber attempted to rebuild the innings with ‘keeper Jordan Campbell (13) and all-rounder Brendan Brincat (16), but was run out for 24 with the score at 5/62.

Sam Mooney (22) and Lachlan Day (18 not out) managed to get starts and helped give the Tigers attack a total to defend.

Liam Durkin led the Ships’ attack with 3/21 off 10 overs, while Bremner Junior returned figures of 2/26 off 10 overs.

The Trafalgar skipper, nominally in the team as a bowler, bowled just two overs for nine runs.

Clarke-Bruce said the diversity of the Ships’ attack meant he only needed to bowl when required.

“I would have liked to have bowled more but the guys are performing and there’s no reason why I should step up if they’re doing the job,” he said.

Batting at three, wicketkeeper-batsman Marco Higgins posted his second half-century of the season to provide the foundation for the Trafalgar innings.

When he was dismissed for 78 Trafalgar had already passed the Tigers’ total with the score at 5/158.

Most of the Ships’ bats managed to make it to double figures, with Leo Connolly (21) posting the second highest score.

“It was the foundation of the run chase and everyone basted around Marco really,” Clarke-Bruce said.

“He was by far the standout of our batsmen and he’s a class player.”

LATROBE has jumped to second place on the CGCA first grade ladder after its bowlers put on a master class to have Jeeralang Boolarra all out for 75 on Saturday.

The Sharks’ bowlers were led by Tyron Gamage who returned figures of 4/15 off 8.5 overs, including the wicket of captain Stan Urbanic for four.

Jamie Brierley got Latrobe off to the best possible start by removing openers Craig Blackberry (9) and Ossy Brennan (0).

Luke Heath did his best to steady the Panthers as wickets fell around him but was eventually dismissed for 22 to leave the score at 6/51.

Heath’s contribution would turn out to be the Panthers’ top score as Latrobe’s bowlers continued to strike regularly to have their opponents all out for 75 off 40.5 overs.

Brierley and Matt Brewer took two wickets each for the Sharks, with Chris Johnson and Mark Lawrence chipping in with one each.

With only a small total to defend, there was good news for Jeeralang Boolarra at the start of its innings when Benn Zomer was run out for seven with the score at 1/28.

Anthony Bloomfield continued at the other end, making 64 to almost single-handedly get Latrobe over the line.

When he was dismissed with the score at 3/89 stand-in captain Johnson took over and made 34 before he was stumped off the bowling of Ben McCormack.

Latrobe finished 7/156 off its 45 overs with Robert Beamish’s 3/22 the best among the Panthers’ bowlers.

MIRBOO North’s Rob Phoenix posted 94 not out to shut his former teammates out of the contest against Moe on Saturday.

The Tigers posted a hefty 4/217 off their 45 overs with the returning Sam Price making early inroads in his first game back for the Lions’ first grade side by removing Jed Alexander for two.

Jesse Giardina (42) and Cameron Le Page (23) then set about building a total before both were removed with the score at 70.

The removal of the pair brought Phoenix and Brett Pedlow to the crease, and the pair added 57 runs before Moe captain Andrew Philip removed Pedlow for 14.

From there Phoenix combined with William Cheatley (32) to bat out the remaining overs.

Price was the pick of the bowlers with 1/30 off 10 overs in an innings where wickets were hard to come by.

The Lions’ innings got off to a rocky start when openers Kane O’Connell and Noah Kane found themselves back in the pavilion with the score at nine. Needing a big score to give his team a shot at victory, Philip made 19 before he was caught off the bowling of Brandon Blackshaw to leave Moe in trouble at 3/29.

Mirboo North brushed aside any remaining resistance to have the Lions all out for 81 off 34 overs.

Dale Banks led the way for the Tigers with the ball, taking 3/14 off 10 miserly overs.

The win leaves the Tigers 12 points clear at the top of the table.