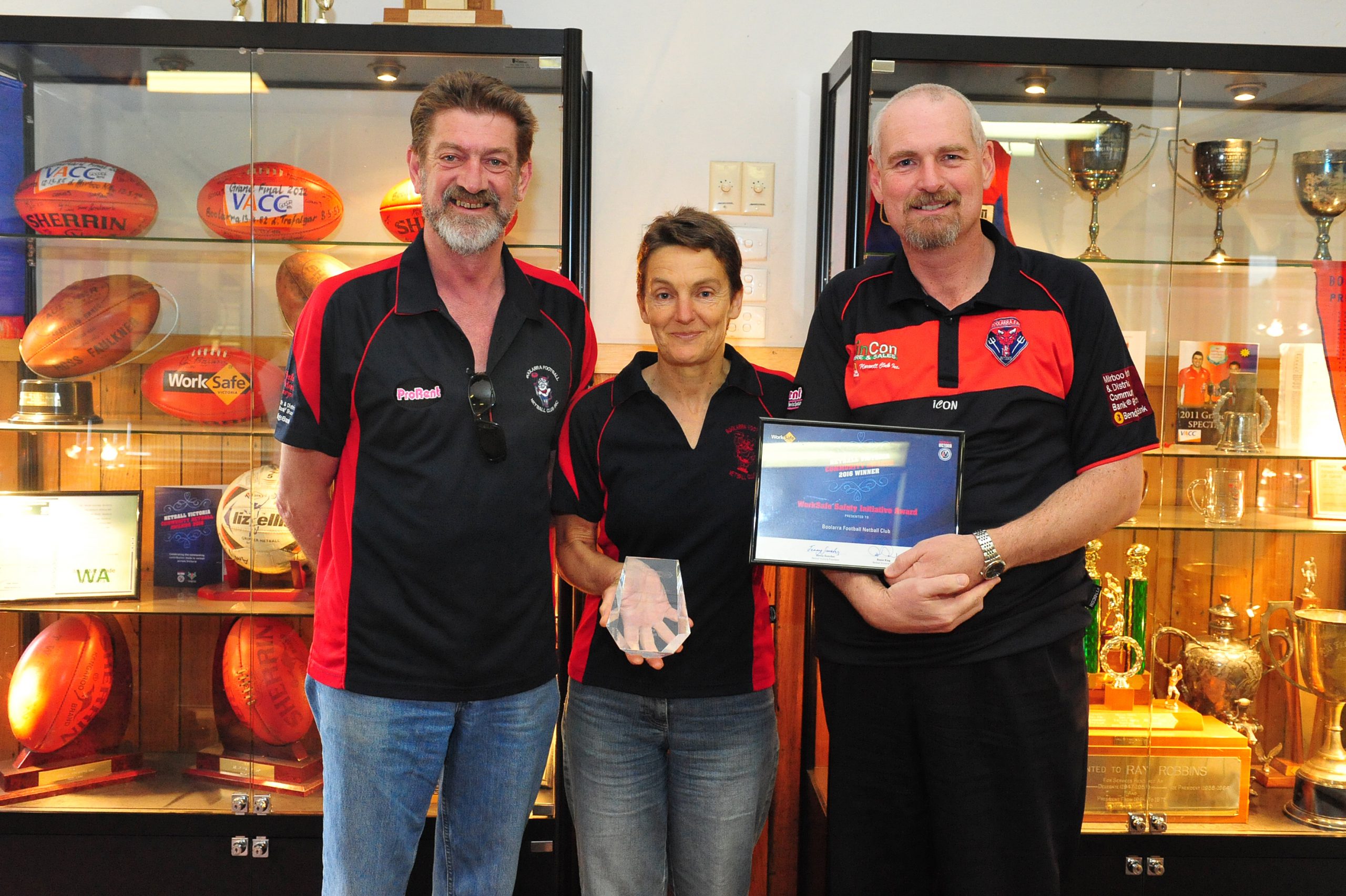 The Boolarra Football Netball Club has been recognised for improving the safety of its netball courts.

The club was honoured with the WorkSafe Safety Initiative Award last weekend at the Netball Victoria Community Awards.

Boolarra was the joint winner with the Mallee Eagles Football Netball Club.

“The netball courts were extended about three or four years ago for the run-off for the players,” Dodds said.

“There was a strip of the court that wasn’t covered so we put in a grant application to WorkSafe to get some money for that.

“The strip was about a metre long and the council didn’t seal it, so it had large stones and things that were coming onto the court.”

The club was successful in its WorkSafe application, securing $1500 to seal the patch of court.

It was then encouraged to apply for the award, which it won, resulting in another $2000 for the club.

Dodds said the club already had an idea of what it would like to spend the prize money on.

“We had a committee meeting last night and were talking about a new chip fryer for the canteen,” he said.

“That’s probably worth around $6000 but that hasn’t been finalised yet.” Dodds said it was important the club facilities were maintained for the community.

“We’re the hub of the town, many other groups other than the football club and the netball club use this, the cricket club uses it, the walkers use it,” Dodds said. “We try to maintain it not just for us, but for the whole community.”