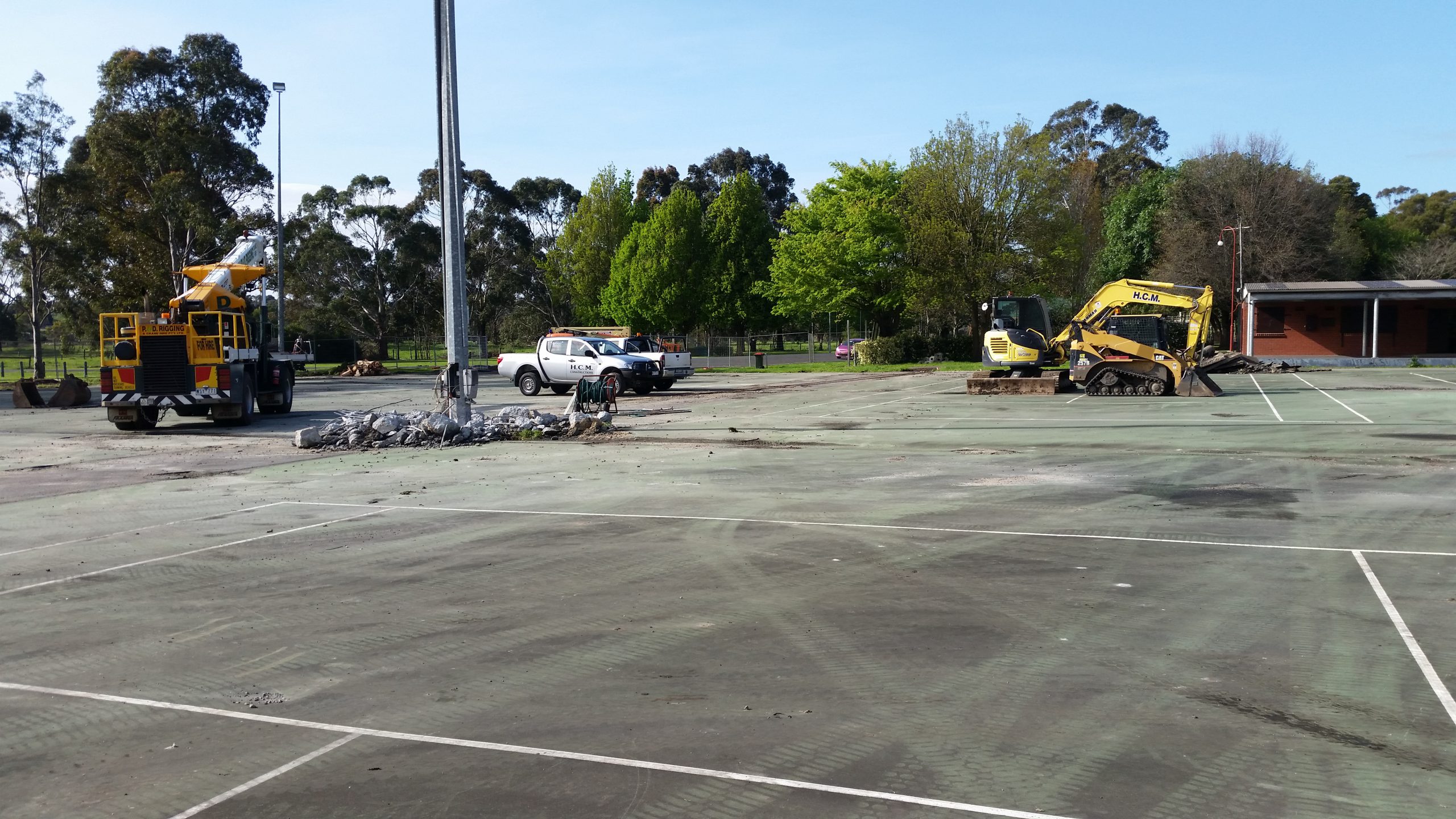 The Moe Tennis Club has relocated for its 2016/17 season, playing at a local indoor stadium while its outdoor courts get a much-needed upgrade.

The reconstruction of the tennis club’s 12 courts began at the end of September, with 10 new courts to be built.

“It’s a new image for the club as a whole,” Griffin said.

“The (of the courts) will be the same as the Australian Open blue, so it will look quite new and fresh compared to the green we did have.”

Griffin said the courts had aged poorly over the past 10 years and deteriorated further when Moe was hit by 5.4-magnitude earthquake in 2012. He said the “damages couldn’t be rectified with a short-term fix”.

The project had taken close to 10 years to begin, with funding needing to be sourced and a needs assessment to be completed.

Griffin hoped the upgrade would bring more people to the club and allow it to host bigger tournaments.

The club now wants to focus on the facilities and clubrooms, which were just as old as the courts.

“At this stage (the funding) hasn’t included much of an upgrade to the club rooms themselves,” Griffin said.

“They were built at the same time as the courts so (they’ve) obviously aged.

The new courts are expected to be finished in February 2017.