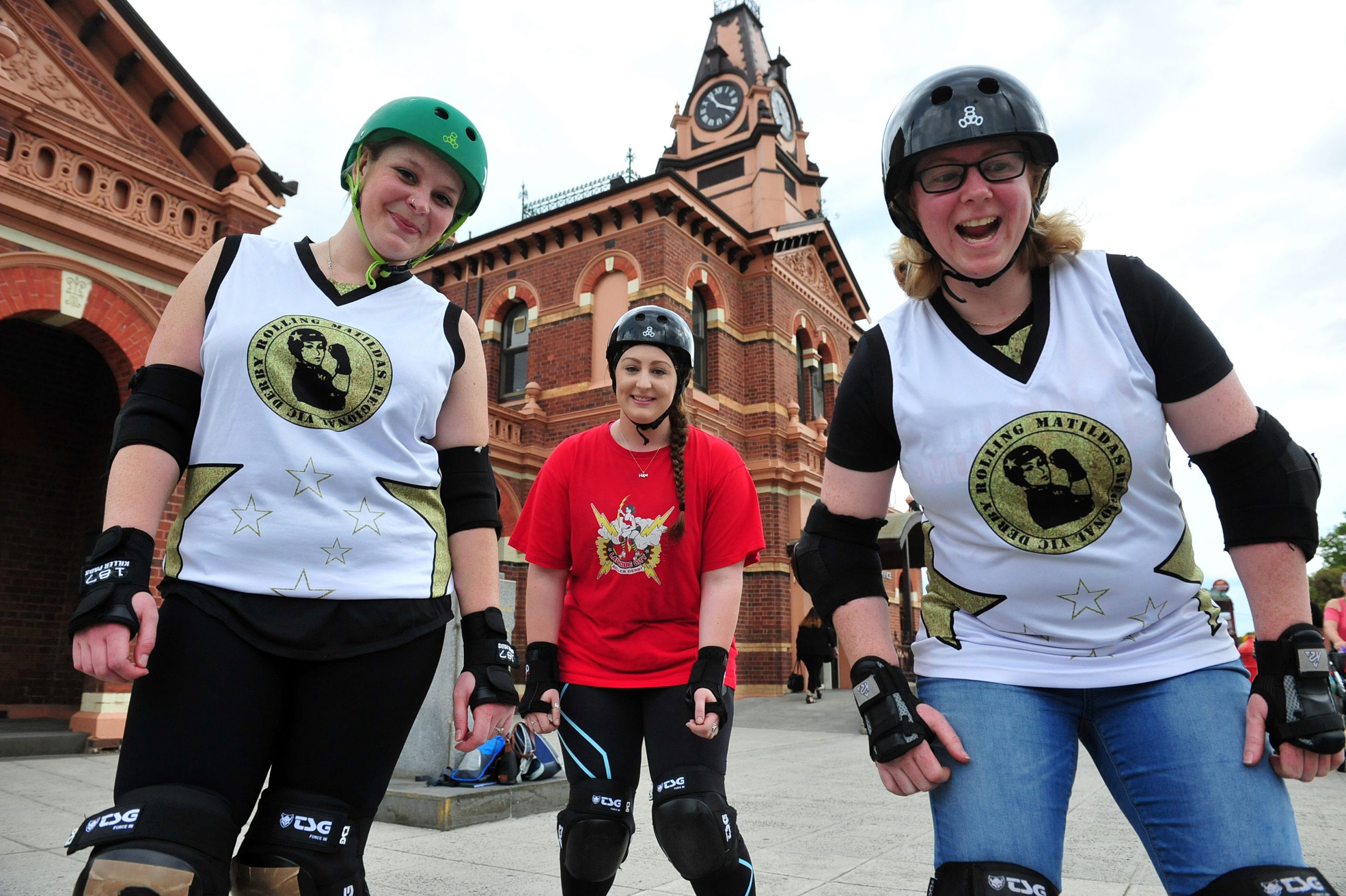 Roller Derby is taking off in Victoria, and Gippslanders will get the opportunity to see the best skaters in the state when the finals come to Moe.

“In we have one of the best facilities in the Southern Hemisphere,” she said.

The league consists of 14 roller derby clubs from across Victoria combined into eight teams.

The Latrobe City team has combined with other rural clubs including Mildura, Sale, Mornington Peninsula and the Warracknabeal to form Team Regional Victoria.

“We (Latrobe City Roller Derby) are a tiny little team and because we are so small we joined with other regional teams,” Grigsby said.

“We have the biggest number of players on the though – with three locals playing in this particular game.

“Because we all come from different areas of the state… we face unconventional rural challenges, we just can’t train together.”

Regional Victoria will play the first game of the day against the Otway Derby Dolls, with Grigsby expecting it to be evenly matched.

“We expect it to be close. Otway are like us – a really small team and they too have struggled with numbers,” Grigsby said.

The league will come to a thrilling conclusion later in the day when the Ballarat Roller Derby League take on the Diamond Valley Roller Derby Club.

Grigsby said she was expecting a fitting finale, with two established teams fighting it out in an exciting match.

Roller Derby is a contact sport played on a circular track.

The aim is to score the most points.

Grigsby describes the sport as unique and “ridiculously amazing”.

“It’s essentially like playing chess on wheels while having bricks thrown at you.”

The sport involves five players from two teams, with each team having one jammer.

The role of the jammer is to pass as many opponents as possible to score points, while the rest of the team block the opposing jammer and assist its own.

“It’s one of the fastest growing sports, particularly for women, in the world,” Grigsby said.

“It’s really taken over the state.”

The derby is also a registered event of Social Inclusion Week, which runs from 19 to 27 November and a White Ribbon Fundraising event.

“White Ribbon Day is the day before our event… We have generated a limited edition jersey and things like that and we are donating a portion of the sales from them and ticket sales,” Grigsby said.

The first game of the day, featuring the Latrobe girls, will begin at 9.50am with the grand final commencing at 3.40pm.

For more information about the event, visit the Latrobe City Roller Derby Facebook page or