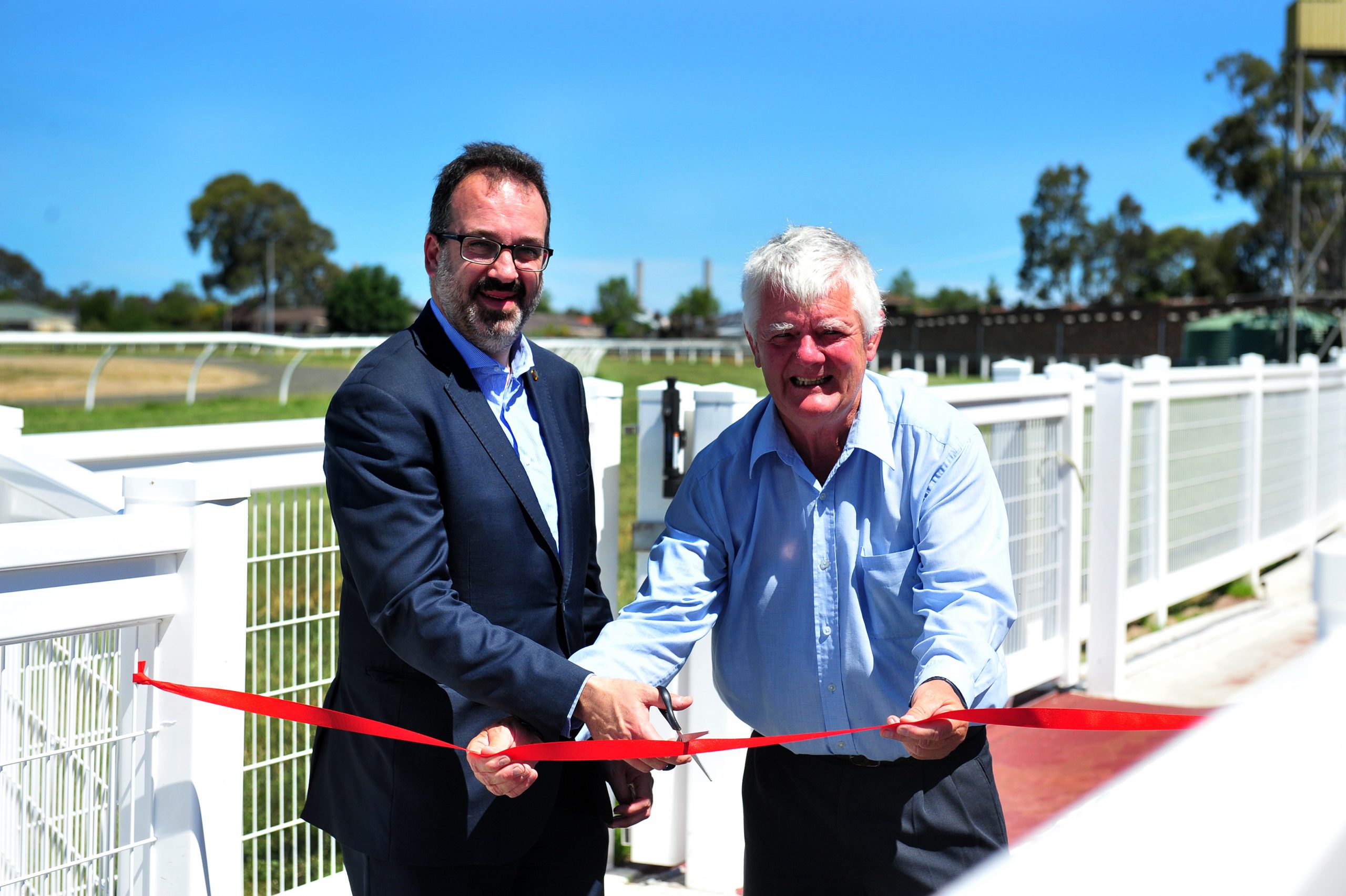 Pakula said the fund helped clubs so they “can put on a much better offering for punters”.

“It means both jockeys and horses have a much safer mounting yard and importantly… pretty much all of this work was carried out by Gippsland businesses,” he said.

“So it means jobs for the local community, it’s meant a much better looking mounting yard and a much safer outcome for jockeys and horses.”

The mounting yard was first used during October’s Ladies Day and will have its second at Sunday’s Traralgon Cup.

“This is a great club, it’s got a great Cup meeting coming up on Sunday week (27 November) and we’re really delighted we were able to help,” the minister said.

“It’s good not to go down to the stewards and not hear bad reports from jockeys and things like that. We’ve got rave reviews from meeting,” Walkley said.

He encouraged the community to come and check out the facilities on Cup day.

“Traralgon needs to support us,” he said.