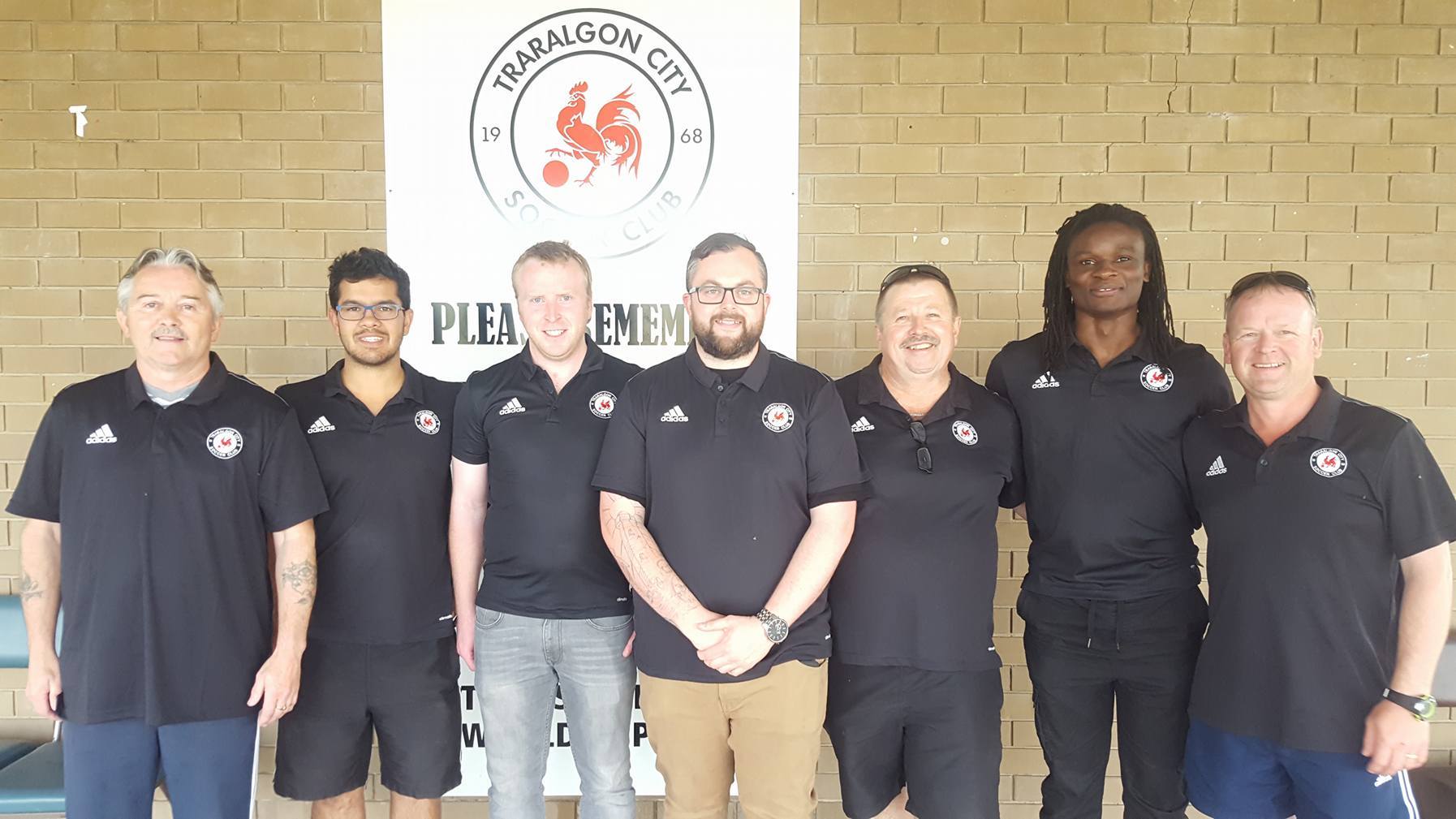 Traralgon City has rung the changes with a new president and coaching appointments as the club looks to build on last season’s success in the Latrobe Valley Soccer League.

Iain Edgar has replaced Steve Andersen as club president while Tommy Lecky has been appointed senior men’s coach after Steve Reiss stepped down.

Mark Dunbar will oversee the reserves and Beke will mentor City’s second division side.

Senior women’s coach Duncan Hanlon is the only member of last season’s coaching staff to remain in position after a bumper season which included the double of the club’s first senior title and the Browne Huizer Cup.

Edgar said Riess stepped down due to family commitments but said Lecky was a welcome addition to the club’s coaching setup.

“Tommy Lecky has done it in the past but stopped because of work commitments and he wanted to go back and do it (again),” he said.

“He’s got the knack of keeping all the players happy while keeping them disciplined at the same time.

“He probably sees things throughout the game quicker than anyone else would as well.”

City’s senior men finished sixth last season in a year where it inflicted just one of three league losses on eventual champion Moe.

“We had a pretty good squad last year, senior-wise we were probably only two to four good players away from challenging for the league,” Edgar said.

The club is now on the look out for players and he said while the Roosters had had a number of discussions there was “nothing concrete” to report.

Edgar said the club’s reserves were in good hands under Dunbar who he credited with taking Monash’s reserves from second-bottom to first in a season during a stint with the Newborough-based club.

He said he was pleased Hanlon would continue to oversee the senior women.

“He’s won the league and the cup and so he wants to go again… and possibly win a third trophy as well, that’s his motivation,” Edgar said.

Traralgon City is holding a meet the coaches day on Thursday, 15 December for returning and potential players from 7pm at Harold Preston Reserve on Davidson Street, Traralgon.

The club will put on a free barbecue at the event.

Anyone interested in playing for Traralgon City can phone Iain Edgar on 0419 780 552.