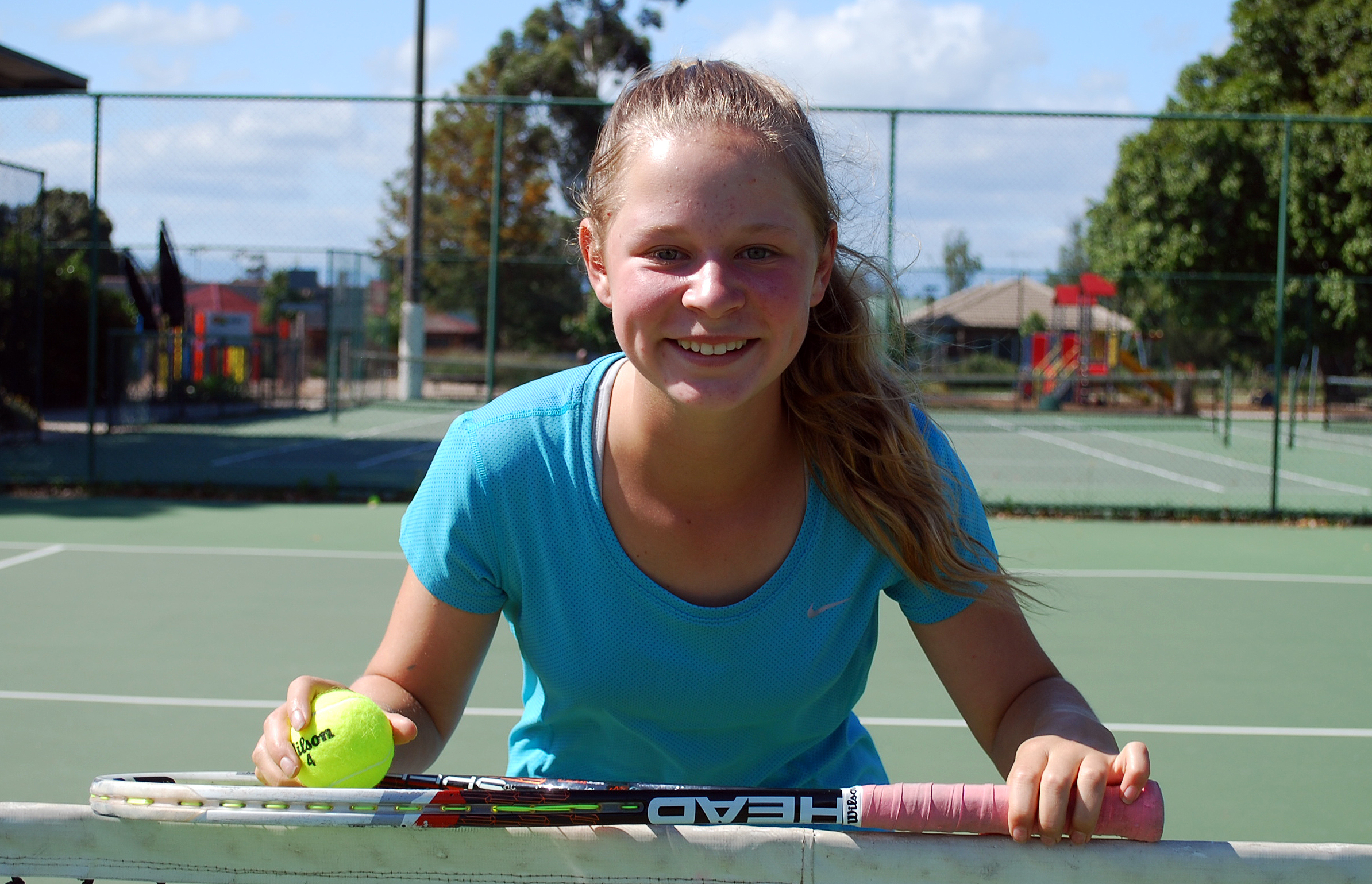 The Cup gives four male and four female 13 and under regional players from each state the opportunity to play against international competition.

Ashe qualified for the tournament following her success as part of the Central Gippsland team which won the Judy Dalton Cup in Yarrawonga last month.

“If you win most of your matches (as) number one you get into the state team,” Jemma said.

Next year will mark the second time she has played the competition after qualifying for this year’s edition of the tournament.

Jemma said she enjoyed playing in the competition because it gave her an opportunity to meet her teammates and take on strong competition.

“That was good (last year) because I was one of the youngest and… because you go against a stronger person you have to play better,” she said.

For her the is ranked number eight in Victoria and number 33 in Australia.

This year she has won the under 14 girls singles at the Gippsland Junior Open at Traralgon, the Pakenham Junior and the Sale Tennis Club Queens Birthday Junior Tournament.

“She does play high percentages and she does have a deep passion for the sport,” he said.

“With her limited opportunities and training she does a magnificent job.

“Her potential is incredible and so much of her ability is untapped which shows just how amazing her results are.”