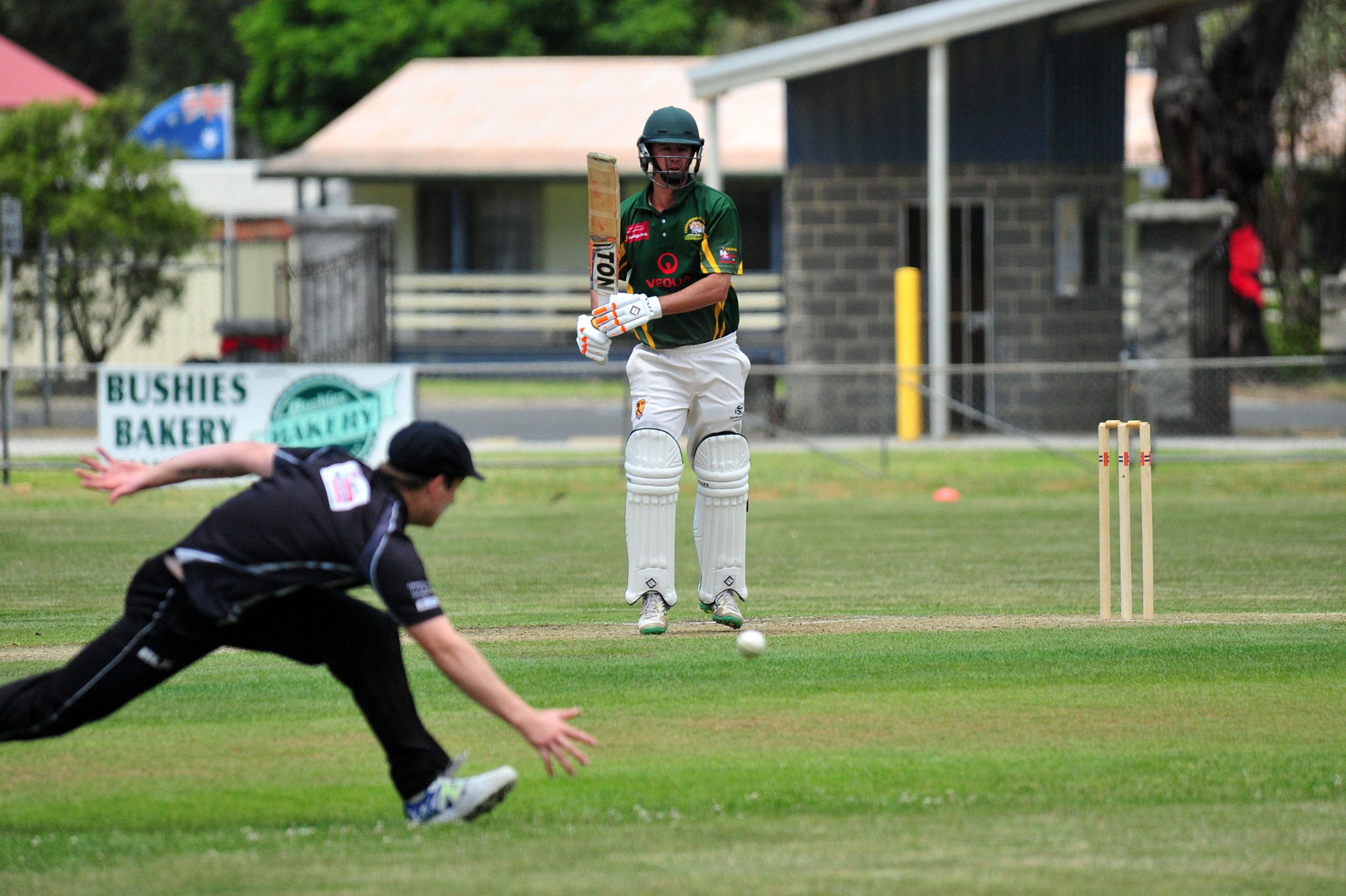 Ex Students head into the Christmas break on top of the Traralgon and District Cricket Association ladder, while Glengarry has put itself into premiership calculations after knocking off the undefeated Toongabbie and moving to third on the ladder.

Toongabbie batted first and was solid throughout in its big clash against inter-town rival Glengarry.

Jason Veneman made 37, Calum Stewart got 26 while Rob Wheildon top scored with 42 as the Rams posted a competitive 156.

Toongabbie got off to a cracking start as skipper Aaron Lynch struck early to send Sam Marks (0) and Hayden Ross Schultz (6) back to the sheds.

But from then on the Magpies took over, reaching the target without losing another wicket.

Frank Marks (74) and Paul Henry (72) both batted well, as Glengarry posted 160 to secure the win with five overs remaining.

Ex Students won the toss and elected to bat, a move that seemed to have backfired early on as the Sharks slumped to 6/89 with Lee Stockdale out for 35.

But Rob Voss led a terrific lower order recovery, smashing a composed 62 to put his side back in control as the team reached a total of 173.

Nat Campbell with 3/25 was again the best bowler for Imperials.

With seven batsmen unable to reach double figures, Imperials was never going to trouble Ex Students and was eventually all out for 143.

Daniel Hamilton top scored with 34, Stuart Jones got 32 and Brett Chapman made 28.

Rob Voss took 3/27 in a starring role to be best on ground by some way.

CATS skipper Dan Nichols had no hesitation batting first on the CATS’ new pitch for the first time. It was a move that reaped dividends as the CATS batsmen tore into the Traralgon West bolwers to post a total of 4/232.

Ben Julin posted a masterful century, making 122 not out, taking his season aggregate to 340 runs in the process.

Tim Derham continued his good year with 57 not out.

Traralgon West gave its best shot but fell short when it was bowled out for 151 in the 36th over.

Mat Kirkham was explosive before being run out for 59, while Tim Howe batted well for 43.

Julin capped off a great day of cricket with 3/7.

Gormandale won the toss and batted but was in deep strife early on – slumping to 6/33 as Centrals took complete control.

The Tigers showed some lower order fight to reach 128.

Chris Lehner top scored with 33, while Nathan Heard made 20.

Centrals started its innings shakily and the game was in the balance when it slumped to 4/44.

But Centrals steadied and in the end won easily in the 28th over, only six wickets down.

Brenton Ould top scored with 53 not out, Corey Pollard made 36 and Jai Eccles got 24. Shaun Barbour (4/34) was Gormandale’s best bowler.

Batting first Churchill got off to a good start with Andy Sheperd (23) and Brendan Mason (48) putting on an opening stand of 77 in its match against MTY Raiders.

The return of Ben Kearns bolstered the Churchill batting, as he hit up 34 to help the Cobras to a solid 159.

Raiders started slow as they reached 1/13 off 13 overs, falling way behind the run rate in the process. From there it was always going to be difficult to recover as Churchill put the heat on.

Brad Knowles top scored with 20 while three run outs did not help Raiders’ cause.