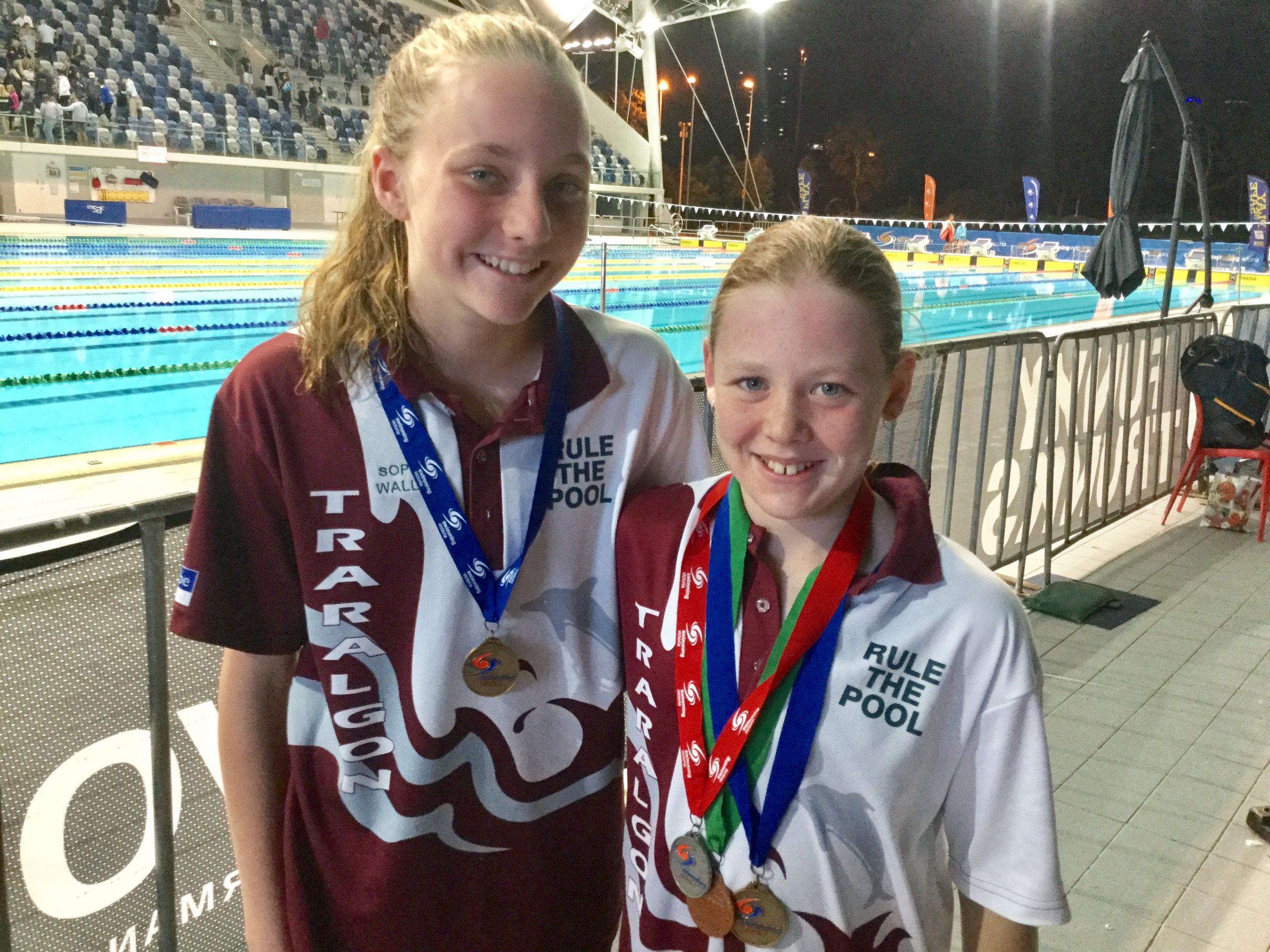 Forty swimmers from the Traralgon Swimming Club returned victorious from the Victorian State Championships, as the top group of country competitors for the 18th year running.

Swimmers competed in 60 finals with a medal tally of four gold, six silver and 10 bronze and its overall goal of a top 10 finish in the state firmly achieved after ending the in position.

The tournament marked the last time Mikaela Cornelissen, 18, would compete at the championships before heading to the University of Texas on a three-year scholarship.

Cornelissen won the butterfly after a year where she was only able to complete minimal training due to her school obligations.

Alex won bronze in the 50 freestyle and made a host of other finals for the club.

The girls’ 12 years and under team of Caydence Bezzina, Zoe Dowler, Molly and Ashleigh Mihaly didn’t disappoint with a strong silver just behind the powerful Nunawading team.

“We went into this meet with a goal of a top seven finish in the state and top country club in Victoria,” Ford said.

“Both goals were achieved with a young team which augers well for the future.

“Great compliments to our coaching group of Dean Gooch, Cameron Juha and Sam Fenton who prepared the team in an outstanding manner.”

The Traralgon Swimming Club now looks forward to the long weekend in January, as it prepares for the challenge of winning its 17th country championship title in 18 years.

This year the meet will be held at the Sale Aquatic Centre.

“Countries is the best meet of the year and to have it locally is a bonus for the club and the district,” Ford said.

“We are primed to take on the best teams from country Victoria in our to win this title for the 17th year.

“If we are successful it will be a mighty achievement.”