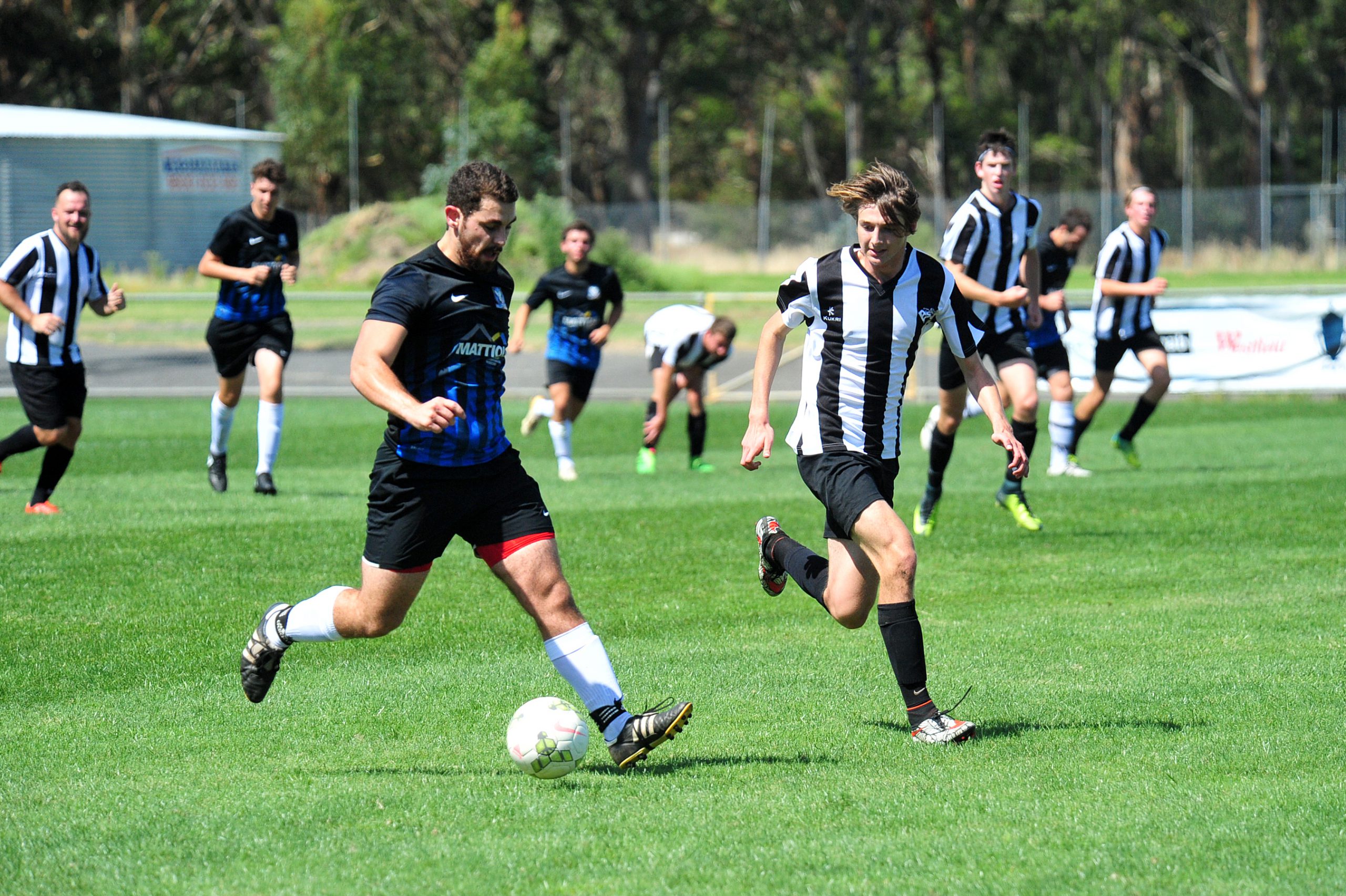 Falcons 2000 Soccer Club has advanced to the next round of the FFA Cup with a dramatic 2-1 win over North Ballarat on Saturday.

Victory for the home team came very late in the game via a Jamie Pistrin strike into an open goal.

“It’s a good result, everyone got up for it in the end,” he said.

“I was happy the boys were getting it up on the fitness, that was probably a big win for us. We were probably all over them, I felt, for the last half-hour.”

Pistrin’s game winner came after he stepped around a lone defender, and then the keeper, following a grounded cross from Sam Amaira who had broken down the right side.

The better team on the pitch for most of the day, Falcons found themselves down early in the second half after North Ballarat were rewarded for sustained pressure before and after the break.

But the tiring visitors were unable to maintain their lead, and when Amaira turned in a header from a clean left-hand-side corner, it was even again.

The equaliser came after a number of close chances for the Falcons in the final 30 minutes.

In a crowded box, substitute Jesse Kennedy was unable to put a short, aerial cross from Pistrin on goal.

Pitstrin and Amaira again featured when the former couldn’t take advantage of a rebound off the keeper thanks to a short from the latter.

The first term saw both teams adjust to the hot, and at times windy, conditions with North Ballarat having the better of the few shots on goal.

Up to the challenge, the Falcons’ backs especially stood out, but the team as a whole struggled to move forward and create effective chances.

“We were slow to get out of the box, we could probably prepare a bit more adequately for the next few games, but have done a pretty heavy pre-season,” D’Alessandro said.

North Ballarat’s Oliver Richardson was named best on ground after his deadlock-breaking goal in the 50th minute.

Falcons 2000 now take on Rowville Eagles in an away game for the second FFA Cup qualifying round this Saturday.