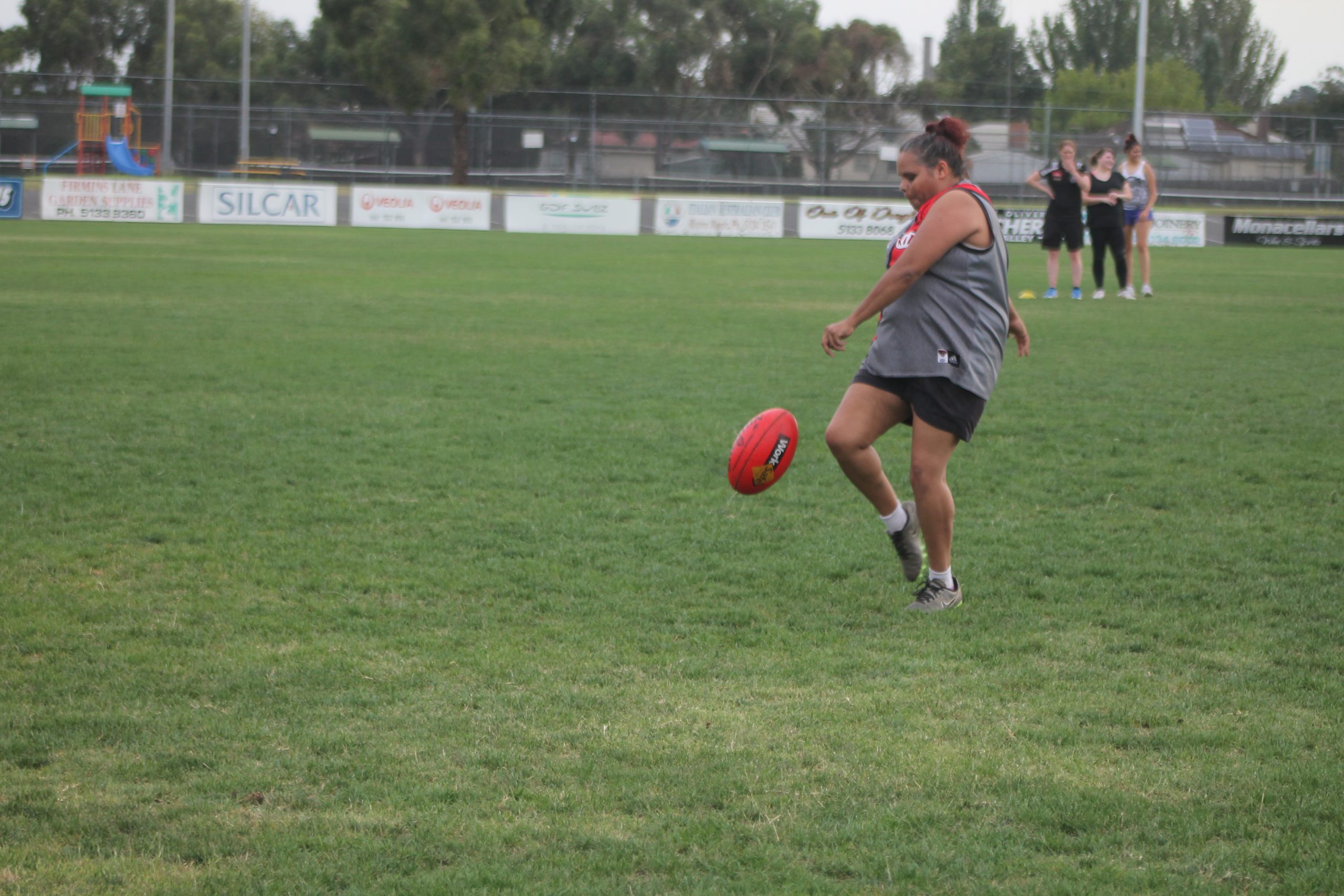 Football clubs from across the region are heading into pre-season and players from the newly-formed women’s side at Morwell East are no exception.

With about 25 names on the list and good turnouts to training, coach Clint MacRitchie is aiming high in the yet to be confirmed regional senior women’s competition.

“For the season ahead, with the players we have, I think we can finish top-four” he said.

“The skills have blown me away. I’ve only had them for an hour-and-a-half but compared to the guys’ teams I’ve coached, they’ve got more skills.”

Players at the club’s training on Thursday came from a range of backgrounds.

Some had played before, others were transitioning from the junior club, while a few were looking to take to the oval for the first time competitively.

Taylah Kilpatrick has almost a decade of junior footy under her belt.

“I’m hoping we’ll get a good team up and going and try and make the grand final,” she said.

Leticia Dalton is hoping to get some “good wins” and make friends.

MacRitchie is hoping the side can become a powerhouse in the Gippsland competition.

“Come down and have a training run,” he said.

As for other teams to watch, MacRitchie said the yet-to-be-confirmed Maffra will be the side to beat.

“When it comes to footy, men’s and ladies’, they are good.”